“There is a struggle going on and, in the face of uncertainty, we must embrace with antifascist passion the campaign in defense of Lula.” 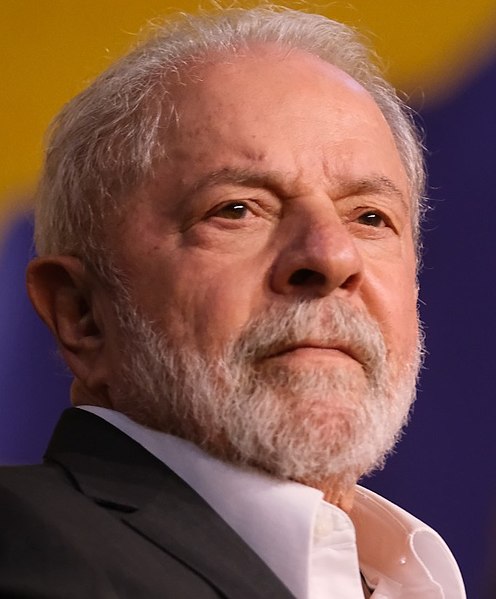 THE SECOND ROUND of the Brazilian elections will take place on October 30. Former president Luiz Inacio Lula da Silva of the Workers’ Party (PT) is pitted against current president Jair Bolsonaro of the Liberal Party (PL).
–The Editors

1. Circulating among us during the first week of the campaign for the second round, calculations would confirm a victory of Lula over Bolsonaro for president. These are interesting but inconclusive discussions. Polls indicate that the dispute is still open. The climate of “already won” that prevailed before the first round gave way to some panic in the days afterward.

Anxiety and anguish in the face of expectation demand foresight. I wish it were possible, but it’s not. It turns out that the subjectivity of militancy counts for a lot. The moral strength and political trust of the most engaged portion of activism can decide a battle, nullifying other factors. The results of the polls on Friday revealed the permanence of a majority for Lula, phew.

But unfortunately, Lula’s rejection rate has gone up. We also learn that around 10% of voters have defined that vote over the last two days alone. The truth is anticipating the October 30 outcome cannot be made now. The conclusion is that victory is possible and is in our hands. The fight doesn’t end until it’s over.

2. Strictly speaking, the election remains, for the time being, undefined. The mistakes in the original research inspire different explanations. It’s not reasonable to even determine which one is best. There are no possible predictions about the abstention rate in the second round. It is not plausible to predict where the votes of Ciro Gomes [candidate from Brazilian Labor Party-PDT] or even Simone Tebet [Brazilian Democratic Movement-MDB candidate], will go, despite Tebet’s support for Lula. We do not know, either, what percentage of votes Bolsonaro received will be reaffirmed, or, to what extent, the votes Lula won will be kept. Small oscillations can be decisive. The votes needed for victory are concentrated in the lower strata of the working class (earning between two and five minimum wages). They are estimated at more than thirty million wage earners with average education levels and concentrated in the southeast. In the past they have voted for Lula but then they walked away. In short, there is a struggle going on and, in the face of uncertainty, we must embrace with antifascist passion the campaign in defense of Lula.

2. The ruling class celebrated the need for a second round. But the division remains between the mass of the bourgeoisie that supports Bolsonaro, and the capitalists who bet on the third way and who are now demanding Lula commit to the maintenance of the macroeconomic tripod of fiscal adjustment: guarantees of a fiscal surplus, inflation targets in the Central Bank and a floating exchange rate. But to believe that this division in the ruling class is the key to Lula’s electoral victory would be an unforgivable mistake. It will not be Lula’s “turn to the center” that could attract the votes of strata of the middle-class owner or managerial with higher education.

The re-election of Bolsonaro and the election of Tarcísio [Bolsonaro’s former Minister of Infrastructure, who is running for governor of São Paulo], having the support of the three governors of the strategic triangle of the southeast, plus a majority in the National Congress and the threat of an amendment to the Constitution that allows the expansion of judges in the Supreme Court would be devastating. If Bolsonaro wins an authoritarian regime change it would be an imminent threat.

3. The biggest mistake of the Workers Party’s election campaign since last year was the underestimation of the far right. Bolsonaro confirmed an impressive electoral resilience. Those who, even on the left, interpret the rightwing vote last Sunday as an expression of anti-PTism are mistaken. This “optical illusion” was simultaneously the mistake of those who tried to erect a third way and sank, and of Ciro Gomes, who succumbed [Gomes came in fourth place]. They made a bet to dispute with Bolsonaro the width of anti-PTism. They made a mistake because it’s so much more serious.

In 2018, anti-PTism was, in fact, the determining factor, due to the reactionary situation opened between 2015/16 by the offensive of operation Car Wash that culminated in Lula’s arrest. The narrative against corruption and the defense of “law and order” offered cohesion to a discourse resonating by the rising inflation of private education and health services that punish the middle class. Now, in 2022, it is different. It was not only a vote against the PT, although the rejection of Lula in the middle class persists, of course. But now Bolsonaro leads a neofascist far-right political movement with solid social deployment in the middle classes and national capillarity that has support in the mass of the bourgeoisie. Not recognizing the danger is pure myopia.

This remains even after the health catastrophe of the pandemic, the worsening social crisis, the rise in inflation, the rise to unprecedented levels of burning in the Amazon, corruption scandals and the purchase of family real estate with “live” money. The PT campaign error was due to a superficial evaluation of the social and political relationship of forces. The working class has not yet regained confidence in its own strength. The objective gravity of the crisis was not enough to qualitatively reverse the relationship of forces.

4. Bolsonaro accepted the ground of the electoral dispute, but did not renounce the blackmail scammers. He replaced the denunciation of electronic ballot boxes with the campaign against opinion polls. They’re tactical moves. The danger of a “Siberian winter,” that is, of a historic defeat remains on the horizon. Bolsonaro’s project is to impose a historic defeat on the working class in the service of an economic-social “shock” that reduces production costs in Brazil and massively attracts foreign capital. But he knows that this is not possible without attacking the democratic freedoms that allow the existence of social movements and a left with influence. His strategy is to impose an authoritarian bonapartist regime.

A historic defeat happens when a generation demoralizes. It was so, between 1964 and 1969. Demoralization is a political-social process and has an unequal and combined dynamic, but not all social sector experiences this demoralization simultaneously. Student youth in the 1960s had an almost exclusive origin in the middle classes that ascended during the decades of post-war growth. It was still able to take to the streets in 1968 in the context of a worldwide revolutionary wave. But the movement quickly discovered that it was isolated from the large working masses.

The “coup within the coup” came then with the decree of AI-5, which sealed the opening of a counterrevolutionary situation, more serious than the reactionary of the first five years of the dictatorship. [In December 1968, to extinguish social unrest Brazil’s military rules outlawed freedom of expression and assembly and closed congress with Institutional Act Number Five (AI-5). Bolsonaro’s son has suggested a similar decree might become necessary given a rising tide of Latin American protests.] Historical defeats can come through counterrevolutionary methods of “civil war” with tanks on the streets. But they can also come from the slow and gradual degradation of the democratic-liberal regime. That’s how it was in Peru with Fujimori in the 1990s. It must be defeated.