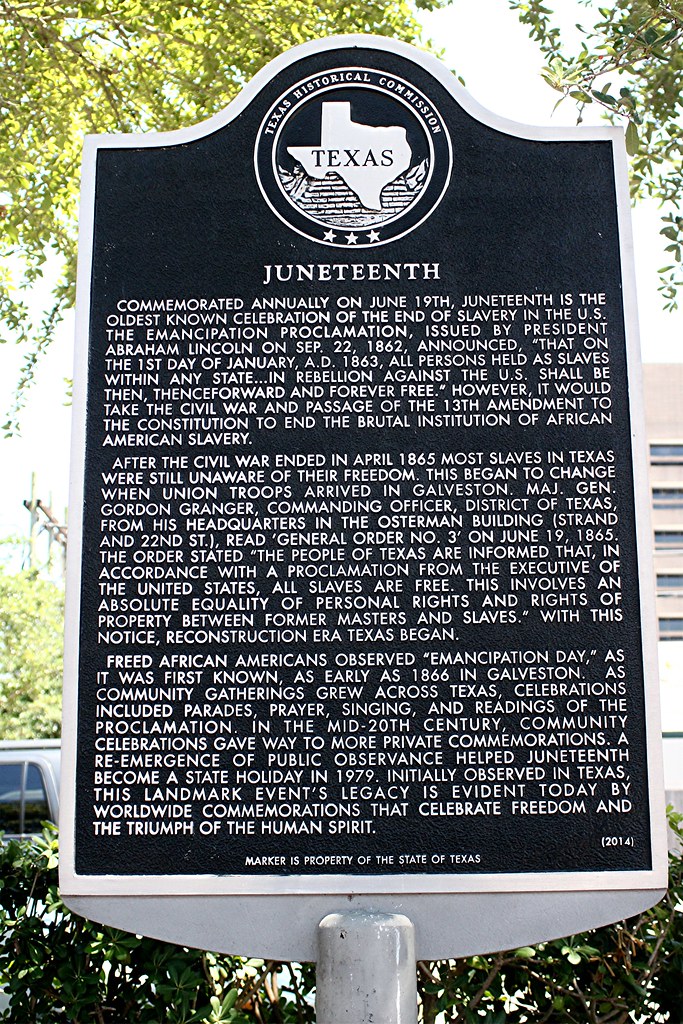 A bill was passed unanimously in the Senate on June 15 to make Juneteenth the 11th official federal holiday. The House passed it the following day and President Joe Biden signed it into law.

It is only the second federal holiday connected to African Americans. The first was declared in 1983 to honor the leader of the civil rights revolution, Martin Luther King Jnr.

Juneteenth’s significance is more than a symbol for African Americans and the country as a whole.

If Juneteenth can be fully implemented and Black history incorporated into U.S. history, it would mark the possibility that the racism of the country’s founding and past can be discussed objectively.

Many — if not a majority — of whites reject teaching that integrates Black and white history. There is a collision between progress and white extremism that seeks to return to an era where only whites had full citizenship.

The racist far right and powerful Republican Party are pursuing a legal strategy to deny Blacks and other ethnic minorities the right to vote and have any political power. This was the norm until the civil rights movement won the Voting Rights Act in 1965.

After that law and others were implemented, African Americans began to be elected in large numbers to city, state and federal offices. Blacks began to integrate at the middle and higher levels of business and sport.

Since the 1980s, many of these gains have come under assault. The Voting Rights Act was gutted by the Supreme Court in 2013. The push to overturn the right of Blacks and others to vote has accelerated since.

Yet, the Senate and House voted to add a new national holiday in recognition of the end of slavery. Why? For Republicans, recognising the end of chattel slavery with a holiday means nothing more needs to be said or done about inequality and institutional racism.

“[Republican] Senator Rand Paul of Kentucky has stymied anti-lynching legislation. Senator Lindsey Graham of South Carolina denies the existence of systemic racism in America. Senator Ron Johnson of Wisconsin, who characterises the white Capitol insurrectionists as patriots, said he would have felt ‘a little concerned’ if they had been Black Lives Matter protesters,” she said.

“All of these Republican senators voted to make Juneteenth … a federal holiday. Don’t mistake hypocrisy for bipartisanship.”

Washington Post columnist Christine Emba wrote that elevating Juneteenth “to the stature of the Fourth of July may not change everything”. However, “history is written by its victors” and “to have our story represented means that we are finally victors too” and “Black memory is respected.”

“It means that as we come to terms with the truth of our past, the more difficult conversations — about reconciliation, about reparation, about the racism that still very much exists — are given space to begin.

“The acknowledgment of race in America has always been less than enough. Progress is a two-step Texas style, moving forward, then back.

“Juneteenth itself reflects this. It’s a holiday of progress mixed with disappointment. Black Americans were told of their freedom, yes — but years delayed. It’s a celebration of the end of something that never should have existed to begin with. And yet, it is celebrated anyway.

“A new holiday is inadequate. But as [Frederick] Douglass concluded in his contemplation on the Fourth, we can do more than sit in resignation. “Notwithstanding the dark picture I have this day presented of the state of the nation,” he said, “I do not despair of this country. There are forces in operation, which must inevitably work.”

Juneteenth is an important victory that deserves understanding and can be a weapon in the fight for full equality for African Americans.

Union Army Major General Gordon Granger stepped onto a balcony in Galveston, Texas, on June 19, 1865 — two months after the Civil War ended — and announced that more than 250,000 enslaved people in Texas were free.

President Abraham Lincoln had freed them two and half years earlier in his Emancipation Proclamation, but since Texas never fell to Union troops in battle, they had remained in bondage.

Slavery had finally ended. Congress passed the 13th Amendment to the US Constitution, in 1865, ending slavery and allowing freed enslaved people citizenship. The 14th (1868) and 15th (1870) Amendments sought to codify those fundamental changes.

However, the end of slavery did not bring equality for Blacks. The right to vote (considered a privilege by the rulers) was never codified, and “state rights” have been used ever since to limit these rights for African Americans and people of colour, including immigrants from Asia, Latin America and Africa. Indigenous peoples were not considered US citizens until 1924.

The history has been of bloody battles to make African Americans equal in every way to whites, and to reject the ideology and power of white supremacy.

It is no surprise that Blacks did not see the victory of the revolutionary war of independence from Britain in 1776 as applicable to them, until the second unfinished revolution of 1861–65.

“What, to the American slave, is your 4th of July?” Frederick Douglass asked in 1852. Douglass was a former slave and perhaps the greatest African American spokesperson and leader of the 19th century.

Not much, was his conclusion. White Americans celebrated their independence from an oppressive regime. But enslaved Black people remained unfree.

Douglass’ speech remains emblematic of the racial inequality that persists in the US. “The blessings in which you … rejoice, are not enjoyed in common,” he said. “All your religious parade and solemnity are … mere bombast, fraud, deception, impiety and hypocrisy.”

The country celebrates its achievements in the 21st century, as it did in the past, with outsized self-regard — even when those achievements are only fully realised for some.

For more than 150 years, Black people have celebrated Juneteenth. But in the summer of 2020, the day gained broader national and cross-racial attention, as part of the belated wave of recognition for Black stories during and after the protests following George Floyd’s murder by police.

Major brands — including Twitter, Nike and the NFL — made Juneteenth an official holiday within their corporations. Many politicians honoured the day in speeches.

Symbolic change — if that’s what it becomes — is not the same as substantive improvement. Anti-racist reading lists haven’t stopped African Americans from being killed by the police. Corporate diversity, equity and inclusion workshops haven’t closed the racial wealth gap.

The modern-day party of segregation — the Republican Party — is led by former president Donald Trump and his loyal accomplices in the Senate, Congress and state legislatures.

As Republicans voted to establish the new holiday, they blocked a new law to federalize voting rights. States have adopted new voting restriction laws that take us back to the end of Radical Reconstruction in 1877 when Union troops were withdrawn from the former slaveholding states.

A battle ensued in these former Confederate states by freed Blacks and white radicals to protect the newly won voting rights. The pivotal point came in 1890, when a debate in Congress for federal election protections was stopped by segregationists with the complicity of northern Republicans.

The Democrats, then the party of segregation, used violence — by paramilitary groups, such as the Ku Klux Klan — and fraud to suppress Black Republican voters and throw Republicans out of office

After achieving control of state legislatures, white Democrats added to previous efforts and achieved widespread disfranchisement by law. From 1890 to 1908, Southern states adopted new constitutions, constitutional amendments and laws that made voter registration and voting more difficult, especially when administered by white staff in a discriminatory way.

They succeeded in disenfranchising most black citizens and many poor whites in the South, and state voter rolls dropped dramatically. The Republican Party was nearly eliminated in the region.

Radical Reconstruction’s bloody defeat led to nearly 100 years of Jim Crow apartheid-style laws that did not end until after the adoption of the 1965 Voting Rights Act.

That defeat also prevented a successful socialist revolution because white workers bought the lie about race (a made-up social construct) and white victimhood, if Blacks became equals. Trump positioned himself as spokesperson for views already held by millions of whites.

This set back the possibility of a truly multiracial bourgeois democracy and the working-class solidarity required to bring about a social revolution and Black self-determination.

Race is again being used by the ruling class to keep whites from supporting full equality for all citizens; and keeps the white ruling class in power.

After the 1960s urban rebellions, a government commission acknowledged what African Americans and whites knew: In the US there were two separate and unequal nations — one Black, one white.

Jim Crow 2.0 is on the rise. The counter revolution against inequality is surging. It could lead to a repeat of what happened a century ago.

As Emba wrote, “A new holiday on June 19 won’t fix the material injustices that continue to fall most heavily on African Americas: poverty, state violence, incarceration, environmental hazards, poor access to health care, a legacy of financial discrimination and limitation on political power”.

Civil rights leaders, including Jesse Jackson and William Barber led a protest at the Capitol on June 23, demanding an end to the Senate filibuster (a Jim Crow relic) that was used to deny a debate on voting rights. The United States is the only bourgeois democracy in the world where it takes a super majority to have a debate on important issues like the right to vote.

Former police officer, Derek Chauvin, was sentenced to 22.5 years in prison for the George Floyd’s murder on June 25. Floyd’s death inspired the international Black Lives Matter movement. No white cop had ever been convicted for murdering a Black man in Minnesota’s history. It is a victory, but few expect more successful prosecutions of cops for their crimes.

What happened after 1877 could happen again if the state Republican parties successfully move to overturn and prevent democratic elections. We have to fight in the streets and defeat those who would use legal and extralegal violence to smash voting rights and murder innocent Blacks.

Let Juneteenth be a renewal of the fight for full equality and working class liberation by the working class in all its multiethnic diversity.