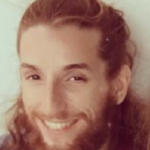 IT WAS EXPECTED. The judge was clearly on the side of the white vigilante teenage Kyle Rittenhouse.

Rittenhouse was carrying an illegally purchased AR-15 rifle at a Black Lives Matters (BLM) protest in Kenosha, Wisconsin last year after a young Black man, Jacob Blake, was shot seven times in the back by a white police officer, leaving him paralyzed.

The cop, claiming a threat to his life and “self-defense,” was never prosecuted.

The 12 jurors found Rittenhouse not guilty on all charges in the deaths of Joseph Rosenbaum, 36, and Anthony Huber, 26, and wounding Gaige Grosskreutz, now 27. Defense lawyers said Rittenhouse, then 17, was acting in self-defense.

Rosenbaum was unarmed and Rittenhouse said he knew that. Huber was on a skateboard and confronted the armed teenager.

The judge, an elected official, refused to allow the dead men murdered by Rittenhouse to be called “victims” but allowed the defense to refer to them as “rioters” as they protested the shooting of Blake.

The white supremacist called his murderous action “self-defense” even though he came to the Wisconsin protest from Illinois to oppose the protesters and “support the police.”

White supremacists can now claim “self-defense” when they enter protests and claim  “self-defense” after provoking the situation. It is a green light for white terrorism.

President Biden saw it otherwise: “We must acknowledge the jury has spoken.”

Every Black person knows the true history of American  racial injustice from slavery to de facto and de jure segregation. Both were legal.

Huber’s parents, Karen Bloom and John Huber, said that they were “heartbroken and angry” over the acquittal.

“Today’s verdict means there is no accountability for the person who murdered our son. It sends the unacceptable message that armed civilians can show up in any town, incite violence, and then use the danger they have created to justify shooting people in the street,” they said.

There is no justice. There will be civil suits not only against Rittenhouse, but the Kenosha police who did nothing to stop his shooting spree. As for the U.S. Justice Department, it’s unlikely to do anything as it failed to file federal charges when Jacob Blake was shot by the cop.

The lesson is clear: under the United States Constitution there is the First Amendment that supports the right to protest and freedom of speech; the Second Amendment that allows the formation of “well-regulated” state militias and is judicially interpreted as the right to bear arms, anywhere and anytime.

The Rittenhouse verdict in practice will mean that white male vigilantes can use the Second Amendment to trump the First.

Does anyone genuinely believe if Rittenhouse were an African American teenager that he would not have been arrested, probably shot, and definitely convicted?

The two white men gunned down, in the eyes of white vigilantes and supremacists, are traitors to the white race. Since the days of white abolitionist John Brown who fought slavery, it’s considered a crime to be a friend of Black freedom.

“Not Guilty” is not the same as being “innocent.”  The fight for justice will continue.