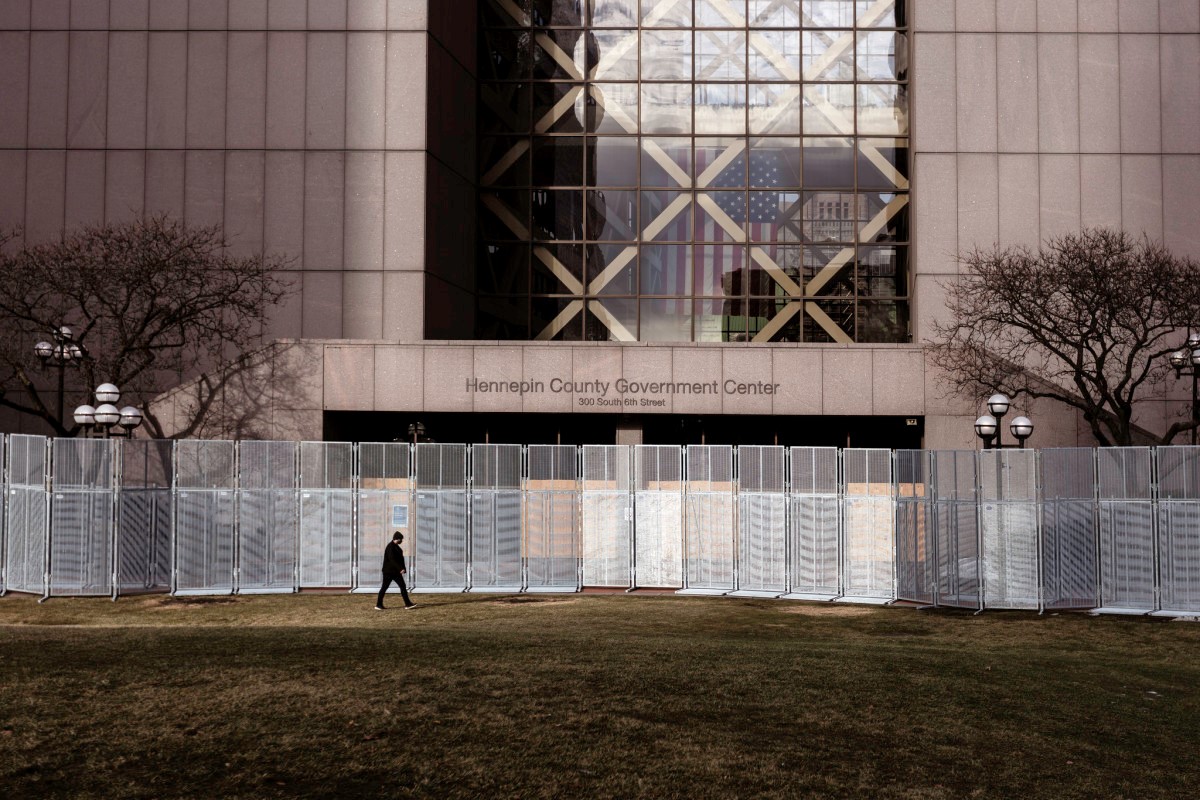 THE MOST INSTRUCTIVE fact about the Derek Chauvin trial—beyond the video and what the prosecution and defense presented—was the jury’s composition.

If not their names, we know now something even more useful about the twelve who voted for conviction: four white women, two white men, three Black men, one Black woman, and two “mixed” or biracial women. Virtually all of them belong to the working class.

For the very first time in U.S. history, a jury composed of people of whom half identify as white convicted a white cop for the second-degree murder of a Black person, the most serious charge to date. If there is an exception, it certainly is not as visible as this instance. &Thus, a historic milestone—a victory to be celebrated, a victory, more importantly, that points the way forward.

For those who insist that social reality is only about narratives rather than facts—and that the dominant narrative in America is white supremacy triumphant—the vote of the twelve jurors is an inconvenient fact. Too bad, understandably, the public did not get a chance to see the face of the jury; not quite the emblematic 1950’s “Twelve Angry Men” Hollywood version of a working-class jury in today’s America. To ignore the difference between the two eras is to dismiss, irresponsibly, the opportunities that exist today to build upon the victory and do something potentially far-reaching.

In 1992, an all-white jury in Simi Valley, California acquitted the four white cops who brutally beat Rodney King.  They refused, unlike the six whites on the Chauvin jury, “to believe their eyes”—cop brutality also captured on film. The difference speaks to the profound attitudinal changes that have taken place in the U.S. before and since then with respect to race. The two white men on the Chauvin jury were in their twenties and thirties. My experience as an African-American both in the classroom and outside in Minnesota for almost half a century is that white males born after 1980 (Chauvin was born in 1976) are much more open to understanding the reality of Black and Brown people. Being a white working class male in twenty-first century America comes with diminishing perks, fewer than were available only a few decades earlier.

We will know in a couple of months how much jail time Chauvin actually gets. That decision is fully back in the hands of the system and about which working people have less control over. No wonder Chauvin opted to have the judge’s opinion and not that of the jury be determinant in the decision. Whatever the outcome, a jury of working people in various kinds of skin colors and genders did something historic, on their own and collectively. Sincere anti-police brutality activists should absorb its significance.

Regarding the so-called criminal justice system, or better, business as usual in the U.S., consider what the New York Times wrote a few days before the deliberations of the Chauvin jury. “Since testimony began on March 29, at least 64 people have died at the hands of law enforcement nationwide, with Black and Latino people representing more than half of the dead. As of Saturday [April 17] the average was more than three killings a day”—including now that of Daunte Wright. Shortly after the jury delivered its verdict on April 20, in fact, another killing had taken place, that of Ma’Khia Bryant in Columbus, Ohio. Andrew Brown, Jr. in North Carolina, as this is being written, is only the most recent shooting.

We should all be outraged by the killings but not surprised. The police exist, since time immemorial, to enforce class inequality. As long as we live under a socio-economic-political system that is based upon, that reproduces and deepens social inequality—capitalism—the police will be needed “to serve and protect” the interests of the ruling rich.

Such armed and heartless bodies—picture that indelible image of Chauvin and his knee on George Floyd’s neck—are indispensable for keeping them in power.

Former Minneapolis police chief Tony Bouza came close to admitting as much decades ago in his book Police Unbound: the “heart of the problem of both crime and police abuse in America is our tacitly accepted class structure separating the privileged from the poor, and along with it the systemic racism that the society as a whole is not yet willing to face.” Unlike his former employers, who conveniently ignore Bouza’s post-retirement confessions, working people of all skin colors can viscerally relate to his insight and are “willing to face” its full implications –what the vote of the twelve jurors suggests.

For that reason, the Minnesota ruling class mounted enormous resources, pro bono as well as those on the payroll, to convict Chauvin, to convince working people that “the system works.” A loss would have been a severe political blow to its credibility.  If it seemed like overkill for the prosecution, it was for that reason. The Minnesota Police and Peace Officers Association, which funded Chauvin’s defense, was no match for their effort. The very uneven contest revealed that when necessary the ruling class is prepared to put the so-called “police union” in its place, to make clear who is in power in the state.

“I would not call today’s verdict ‘justice’, however, because justice implies true restoration. But it is accountability, which is the first step towards justice.”

But for that to actually happen, a new system—or better—a new operating system would have to be installed, not just the uploading of apps like ‘woke’ training programs for cops, the latest version of community control of police, or even “defunding the police.” All are, basically, updates compatible with the still-installed operating system that produced the George Floyd outcome in the first place.

Another inconvenient fact, at least for some: the George Floyd phenomenon does not exist in Cuba.  Namely, there is nothing comparable there to the reality that the sobering data the New York Times reported about police killings in the U.S. Even Cuba’s harshest critics make no such claim. &If, as some assert, America’s “original sin” is determinant, then how to explain why Cubans of African descent do not experience similar outcomes. Racial slavery, after all, existed on the Caribbean island longer than it did in the U.S. If ever there is an example of a society that installed a new operating system, beginning on January 1, 1959, and sent the old one to the trash bin, it must surely be revolutionary Cuba.

The vote of the twelve working class jurors in the Chauvin trial in all of their diversity registers the potential for doing something unprecedented in U.S. history. Their decision should hearten all of us in realizing what working people—despite centuries of ruling class efforts to use skin color to divide us—can accomplish when acting together.

Forging a genuinely inclusive anti-police brutality mass movement that treats each participant as an equal regardless of skin color or any other identity, is, again, a possibility, unlike ever before. That kind of movement is exactly what will be needed to do something truly transformative, something, dare I say, actually revolutionary.