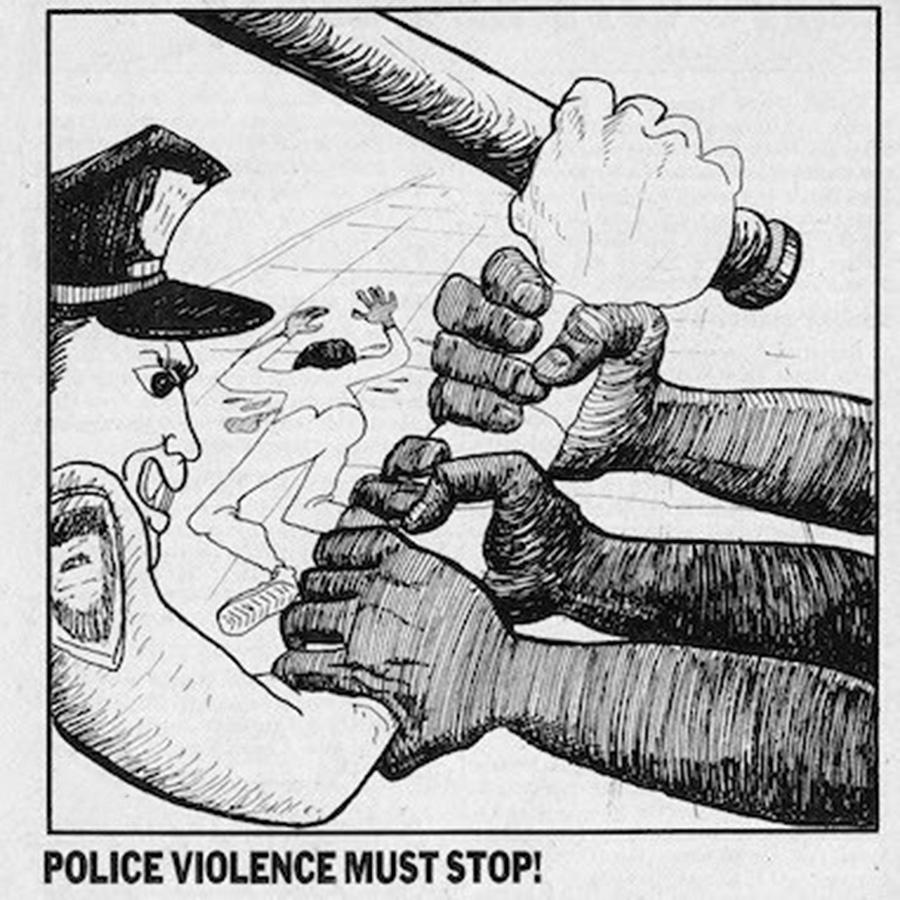 ALSO ON TRIAL is an important question: Can anti-police-brutality activists be more effective in ending the practice of the police killing unarmed civilians with impunity by becoming part of the “system of criminal justice”?

The trial of Derek Chauvin for the death of George Floyd will be, arguably, the highest profile police brutality case since the 1992 trial of the four Los Angeles cops who beat Rodney King, also captured on camera. Also on trial is an important question: Can anti-police-brutality activists be more effective in ending the practice of the police killing unarmed civilians with impunity by becoming part of the “system of criminal justice”?

That question is on the docket thanks to chief prosecutor Attorney General Keith Ellison’s unique history. From 1989 to 1992, Ellison was one of the most visible and capable leaders of anti-police-brutality work in the Twin Cities. He helped to organize and lead the major protests against cop killings and brutalization of unarmed civilians, of all skin colors, until the rise of the protests more than two decades later (now often referred to as Black Lives Matter). Never before has a prosecutor in such a trial been so credentialed.

Ellison and the others of us who collaborated with him in that work were in general agreement that only through mass, militant, but peaceful protests, would justice be served — the jailing of killer and abusive cops. A recently published study confirms the effectiveness of protests in reducing the number of police brutality incidents.

The lessons of the Freedom Now or Civil Rights Movement informed our strategy. They taught that it achieved the most when it was in the streets and operated independently of the two capitalist parties. We were vigilant about maintaining a respectful distance from elected officials, specifically — given the reality of Twin Cities politics — those in the Democratic-Farmer Labor Party. We were especially wary about being a conduit for aspiring politicians. It did not mean that we would refrain from working with elected officials. To the contrary. They could be useful in helping to mobilize large numbers of people in the streets by lending their names to such protests. Our task was to make sure that their agenda did not become our agenda.

In hindsight, the march of 6,000 in Minneapolis on May 2, 1992, to protest, as was happening in many other cities, the acquittal of the cops in the Rodney King case was the high-water mark of that era of Twin Cities police brutality work (PDF, 9). Multiracial in composition, it was undoubtedly the largest anti-police-brutality march in Minnesota history prior to the wave of similar protests beginning in 2015. Ellison, with his bullhorn, led, literally, the march from north Minneapolis to downtown, stoking the march’s militant energy.

As with previous marches, we marshaled ourselves. Those of us who were assigned to a contingent to make sure that there would be no looting and vandalism when the march entered downtown did just that — to prevent what was happening in many other cities. We restrained a small group in the march from trying to divert it to loot the downtown Foot Locker store, much to their frustration. The march had such moral authority and self-discipline that even the chief of police, John Laux, in civilian clothes, was obliged to be one of its participants, or, at least, pretend to be.

We were not “peace fetishists” as some anarchist-like forces charged. Our goal was to bring the largest number of people, of all skin colors and other identities, into the streets — the means by which real change has ever taken place. All kinds of people who had never been in such an action were able to feel comfortable and safe in expressing their outrage over the exoneration of the four Los Angeles cops. And that’s what we achieved. Minneapolis escaped the wanton looting and vandalism that happened all so often elsewhere.

The absence in the next few years of any major police brutality incidents, at least locally, after the 1992 action increasingly called into question the need for the kind of intense organizing we had been doing for the three prior years. Also determinant were differences in opinion about how to respond to entreaties from elected officials to take a seat at the table, to participate in, specifically, civilian-police review boards. Those of us who rejected the invitations sometimes cited a famous quip in response to the question, “whatever happened to the Civil Rights Movement?” The answer, “out of the streets, into the suites.” In other words, a housebroken movement, what most of us wanted to avoid.

In the end, we all went in different political directions. That chapter in the history of anti-police-brutality work in the Twin Cities, also, in hindsight, had ended.

The next time I ran into Ellison, in 2006, he was a DFL state legislator campaigning for a seat in Congress. About his past, he was, in his own words, “someone” who once “agitated and pushed for change from outside,” and who “was convinced that the system was corrupt” (Keith Ellison, “My Country, ‘Tis of Thee,” 109). But it was precisely what took place on the “outside,” the mass, multiracial, largely peaceful protests, not only in the Twin Cities but in many locations in Greater Minnesota and elsewhere, that compelled “the system” to indict the four cops — and for Ellison, now on the inside, to try them.

If Chauvin and the other three former officers are convicted and have to do serious jail time for their actions — the only way to break the code of silence amongst cops — then a victory for the anti-police-brutality movement. If not, then back to the drawing board: to discuss how to grow the mass movement to ensure not only indictments but also consequential convictions.

In 1920, ten thousand in Duluth came out to celebrate the lynching of three Black men in the city — also captured on camera. A century later thousands of Minnesotans of all skin colors and other identities in Duluth and elsewhere took to the streets to denounce the killing of George Floyd. The stark difference speaks volumes about the impact of what happened in the streets on public consciousness regarding race, about midway between 1920 and 2020, the Civil Rights Movement, and, therefore, the opportunities that exist today for building such a movement.