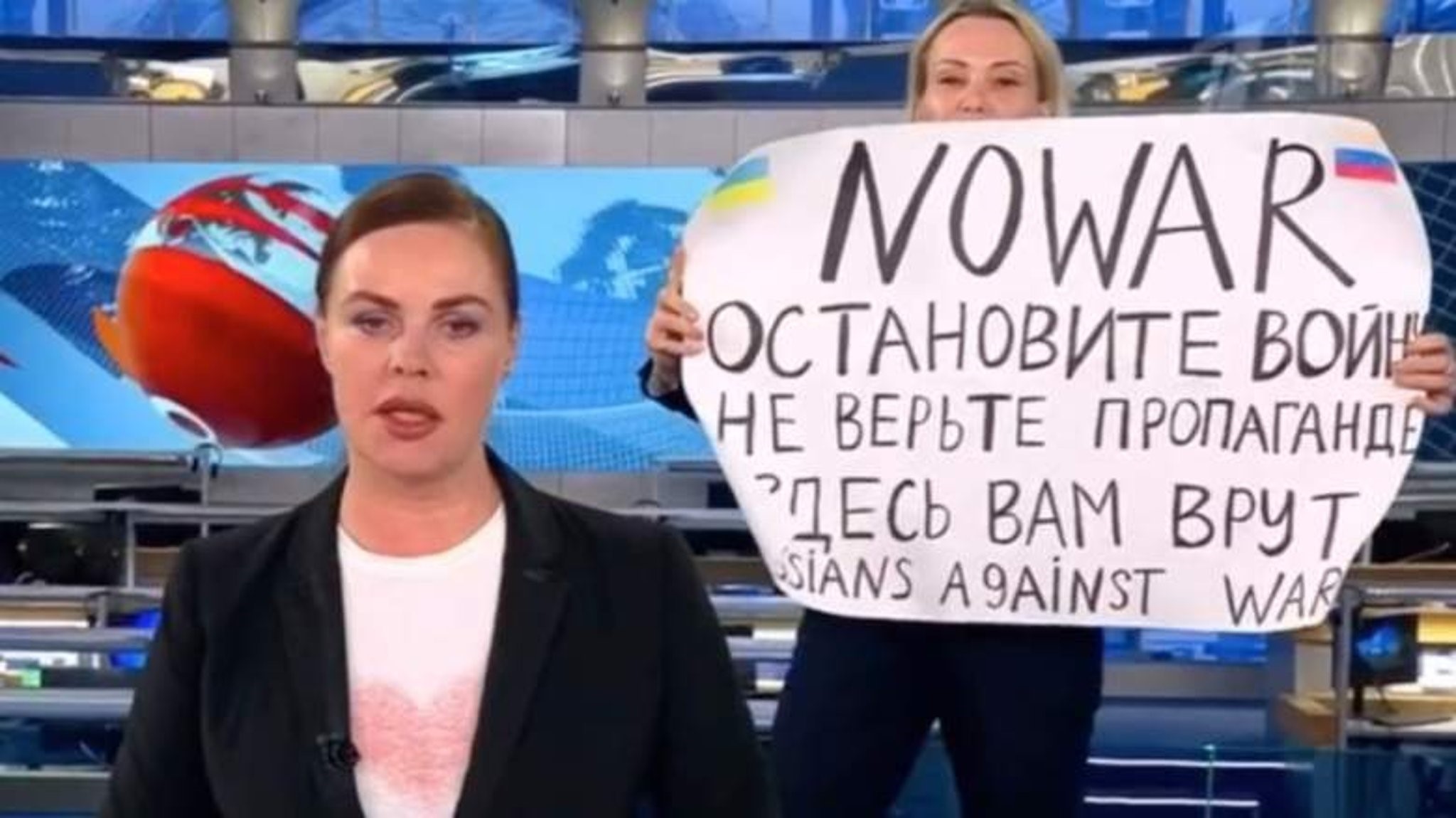 Marina Ovsyannikov, getting out a clear antiwar message during prime time.

ALMOST 4,000 ACADEMICS, STUDENTS and graduates of the prestigious Moscow State University, Russia’s oldest university, have signed a letter saying they “categorically condemn the war that our country unleashed in Ukraine.”

“We, students, graduate students, teachers, staff and graduates of the oldest university in Russia, Moscow State University named after M.V. Lomonosov, we categorically condemn the war that our country unleashed in Ukraine.

“Russia and our parents gave us a strong education, the true value of which lies in being able to critically evaluate what is happening around, weigh arguments, hear each other and be faithful to the truth – scientific and humanistic. We know how to call a spade a spade, and we cannot stand aside.

“Acting on behalf of the Russian Federation, which its leadership calls a ‘special military operation’ is war, and in this situation there is no room for euphemisms or excuses. War is violence, cruelty, death, loss of loved ones, powerlessness and fear that cannot be justified by any goal. War is the most cruel act of dehumanization, which, as we studied within the walls of schools and the University, should never be repeated. The values of the absolute human life, humanism, diplomacy and peaceful resolution of contradictions, which we absorbed at the University, were trampled upon and thrown away in an instant, when Russia treacherously invaded the territory of Ukraine. The lives of millions of Ukrainians have been threatened every hour since the invasion of the military forces of the Russian Federation into Ukraine.

“We express our support to the people of Ukraine and categorically condemn the war that Russia unleashed against the Ukrainians.

“As graduates of the oldest university in Russia, we know that the losses inflicted during the six days of a bloody war – first of all, human, but also social, economic, cultural – are irreparable. We also know that war is a humanitarian catastrophe, but we cannot imagine the depth of the wound that we, as the people of Russia, are inflicting on the people of Ukraine and ourselves right now.

“We demand that the leadership of Russia immediately cease fire, leave the territory of the sovereign state of Ukraine and end this shameful war.

“We ask all Russian citizens who care about its future to join the peace movement.

“We are against war!