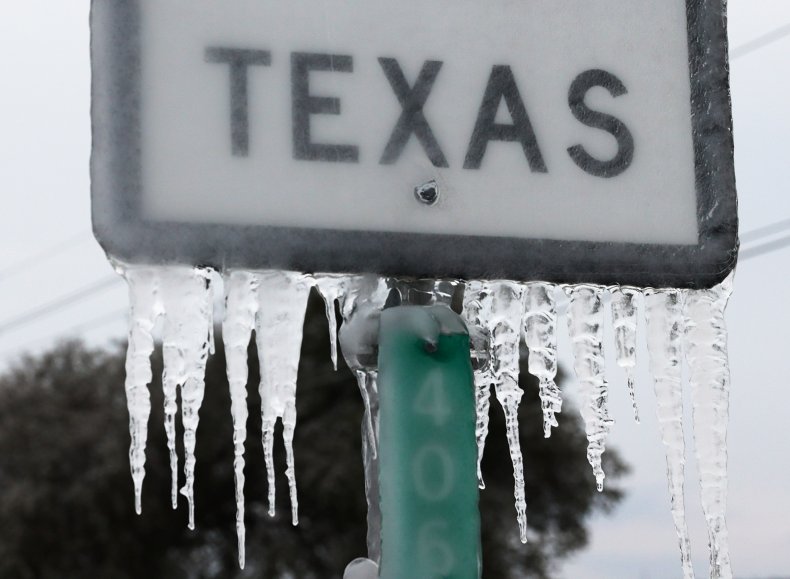 Capitalist competition and greed lie at the heart of the power outages causing desperation across the state.

Two images capture the crisis in Texas perfectly. First, nurses at St. David’s South Austin Medical Center came to work on Thursday to this: “A notice said the water went out. The notice then listed some instructions for using the restroom, such as to not put toilet paper in the toilet when urinating, and to use trash bags to remove feces from the toilet and to then place it in a biohazard bag.” Reminder, this is in the middle of the pandemic. Second, Ted Cruz, the senior Republican senator from Texas, got on a plane this morning to head to Cancun, Mexico. When asked about why he was fleeing in the middle of the crisis, Senator Cruz gleefully threw his daughters under the bus, saying they had a school vacation and wanted to “take a trip with friends.”

Texas has, in a matter of days, revealed just how unprepared its infrastructure (both economic and political) is to deal with the new normal created by climate change. The horror stories abound: elderly folks without food or heat; people stranded in cars for warmth; a few dozen reported dead; vaccine distribution halted; citywide boil-water notices because of treatment plant failures; hundreds of vehicular accidents; emptied grocery stores; millions without power; millions more without drinkable water.

The press conferences that happen every hour on the news (for those who still have power) are maddening in their hypocrisies: the system could not have possibly prepared for this once-in-a-generation crisis, but in the same interview, there are clearly people who knew that this could happen and they will be held accountable. Heads will certainly fly, just not the ones that count.

The media has put forward its own theories of what happened and why, and most of these are incomplete and terribly misleading. Most of the stories point to the mismanagement by ERCOT (the Electric Reliability Council of Texas) of the necessary weather-proofing of the infrastructure. Others point to the right-wing ideologues in Texas who have always clamored for secession from the US, for whom the uniquely separated Texas electricity grid is a symbol of “Texit” independence.

The problem with both of these perspectives is that there is a presumption that with the right leadership in Texas (read: Democratic Party) these problems could have been avoided. A few stories have made reference to climate change and the extreme weather patterns it puts forward, but these are made in knee-jerk fashion because no real solution to the climate crisis has emerged from either party. That would require far greater changes than the ones that can be made at the ballot box.

Real solutions to the climate crisis would require far greater changes than the ones that can be made at the ballot box.

What all of the stories fail to take into consideration is that the design of the grid, its maintenance, and its operation are all deeply entwined with the needs of Texas capitalism. Energy has always been an important commodity in Texas, even after the attempt to diversify the economy away from oil and gas that began in the 1980s. Massive tax cuts for corporations (Texas’s corporate income tax rate is a whopping 0 percent) and large giveaways of state resources, land, and money (affectionately referred to in part as the governor’s “rainy day fund”) made the diversification possible. Corporations (like Apple, Google, Facebook, Samsung, and Tesla) have set up in Texas in part due to its extensive supply of cheap energy and its bargain basement tax rates. Don’t be misled: the industrial sector, not households, accounts for more than half of the energy consumed in the state. When the power has to be rationed, it is households that are asked to tighten.

The grid in Texas is also set up as a deregulated market, which means that there are daily and even hourly auctions for energy based on demand. ERCOT manages this competitive wholesale energy market by buying at rates that allow it to fill demand, but only just. This has three interrelated consequences. First, ERCOT was designed in response to the rolling blackouts that plagued the rest of the country in the 1960s and 1970s. The regulation-free environment of Texas allowed it to foster certain kinds of investment and production that the rest of the country could not. It is this flexibility that allowed Texas to diversify away from coal and petroleum toward natural gas and renewable energy, especially wind (though the latter came counterintuitively with massive Republican tax-cuts). This solved one problem but left the grid vulnerable to extreme weather events that simultaneously increased energy demands and reduced supplies (the situation that Texas faces today).

Second, the nature of the wholesale price markets means that there is no coordinated way to maintain and predict energy reserves. Companies that can hoard energy while supplies are plentiful do so only to release supplies when demand forces prices to sky-high rates (like now). This accounts for the woefully short supply of reserves that Texas has regularly. That is why the price of energy jumped on the grid from $30 megawatts/hour to an unbelievable $9000 megawatts/hour.

Finally, it has been this deregulated energy market that Texas has used to drive investment into the state. Not only does it allow corporations to produce their own energy (which is what General Motors, IKEA, and Proctor & Gamble do), but it also allows them to sell energy to the grid. This has been an arrangement that has made billions for the energy sector and for others investing in it, but it has left the needs of households completely at the whim of the market.

None of these systemic problems change with a new governor or a new board of directors for ERCOT. Corporations and energy companies will fight tooth and nail to keep their cozy relationship to the state intact, while the embeddedness of energy into the state economy means that few in leadership have the will or desire to alter this arrangement significantly.

The bigger crisis, though, is in what it is doing to ordinary people, and the focus on the failures of the energy grid has allowed state and municipal leaders to wring their hands in feigned powerlessness. If this crisis has revealed anything it is how badly state and municipal leaders (even the ones who dealt with the aftermath of Hurricane Harvey) are at dealing with human needs. Decades of bloated police budgets have left cities without social services to deal with problems. Instead, government spends its resources directing people to the already stretched nonprofit sector or telling people to ration what little that they have. It took massive pressure to get the city of Austin to turn the power off for unused downtown office buildings and for the empty capitol building. The easier response would have been to open the doors to everything with power and let people have access.

Local networks are accomplishing brilliant and heroic things person-to-person. But imagine what would it look like if the city and the state were actually designed to organize the efforts that people are undertaking individually: if food and water deliveries were coordinated; if the office and government buildings were opened up for people to stay in; if we actually coordinated relief neighborhood by neighborhood so people didn’t have to drive on icy roads; if people didn’t have to plead on social media (if they still had power) begging for help. It is of course the most marginalized people—people without communities, dependent on the state, or completely without shelter, many of them from racial and sexual minority groups and people with disabilities—who are hurting the most. The aid being provided right now is so makeshift and provisional that there is no chance that it can reach all the people who need it most.

But the most acute absence is one that will hopefully be felt by everyone in Texas who is fed up with the people who run this state and its state of affairs. There is a desperate need for different kinds of thinking and leadership. Currently, at best, we can hope for a firing of ERCOT leadership and maybe a shift to Democratic state leadership next year. Maybe. But the revamping of the grid, the reorganization of the economy, the dependence on fossil fuels for energy and wealth, the irrational transportation and housing system, the wholesale giveaway of state resources to corporations and the rich—these are things that require a more radical understanding of the depths of capitalism’s reach into our lives. All of these would be made easier if the people involved in these processes and industries were working together rather than competing for profits.

Unless there is a functional way to turn this experience into action, we are only waiting for the next crisis.

If and when the weather changes, the power returns, the water runs, we will breathe a collective sigh of relief (just like we did when the vaccines were announced, Trump lost, and 2020 ended). But unless there is a functional way to turn the experience into action that resonates with large numbers of people, we are only waiting for the next crisis.

The fact that there is no far left in this country means that we are left spinning our wheels, recycling the same anodyne understandings of our problems or, worse, descending into obscure conspiratorial logic. There will be a settling of accounts with the GOP and ERCOT in Texas, as there should, but the next crisis will likely be worse without a serious left-wing alternative.