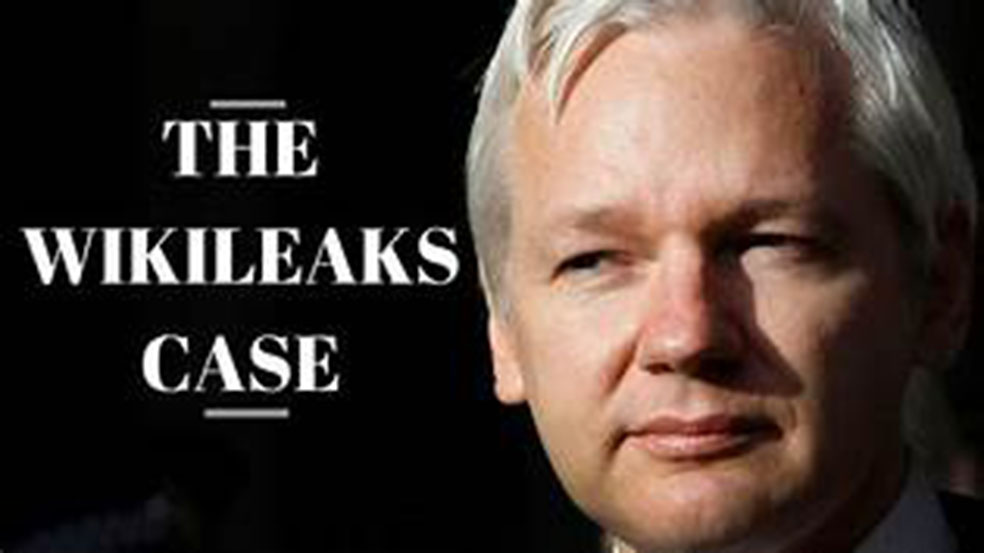 BELOW ARE THE comments Clifford D. Conner made at a September 8th press conference, organized by the New York City Free Assange Committee, in front of the British consulate in New York City. Conner is an historian and author of Jean Paul Marat: Tribune of the French Revolution and The Tragedy of American Science: From Truman to Trump. The court in Britain is holding hearings on the Trump administration’s request to have Julian Assange, the Australian editor, publisher and founder of WikiLeaks, extradited. Assange would be tried in a Virginia court on 17 counts of espionage and one count of conspiracy to commit a computer crime. If convicted, he could face up to 175 years in prison.

In 2010 Assange had the audacity to post a video showing a U.S. Apache helicopter indiscriminately murdering a dozen civilians and two Reuters’ journalists in the streets of Baghdad.

Daniel Ellsberg, the Pentagon Papers whistleblower, testified in court on September 16 that Assange could not receive a fair trial in the United States. When he pointed out that the Collateral Murder video was clearly a war crime, the prosecution maintained that Assange was not wanted by Washington for it but for publishing documents without redacting names. Ellsberg pointed out that when he leaked the Pentagon Papers, he did not redact a single name.

Assange’s lawyer has since informed the London court that in 2017 former Republican U.S. Representative Dana Rohrabacher and Charles Johnson, a far right political activist, relayed Trump’s offer to pardon Assange if he provided the source for the hacking of Democratic National Committee emails. This was described to Assange as a “win-win” situation for all involved.

A National Committee to Defend Assange and Civil Liberties, chaired by Noam Chomsky, Daniel Ellsberg, and Alice Walker has been set up. For further information, go to www.facebook.com/CommitteeToDefendJulianAssange. —Dianne Feeley for The Editors

Julian Assange is being hounded and harassed and threatened with life in prison by the United States government because he dared to publish the truth about American war crimes in Iraq and Afghanistan for the whole world to see. This persecution of Julian Assange is an assault on the fundamental principles of journalistic freedom.

The sociopathic Donald Trump and his accomplice, Attorney General William Barr, are demanding that you deliver Assange to them to face false charges of espionage. Every honest observer in the world recognizes Trump and Barr as utterly incapable of acting in good faith. If they succeed in suppressing Julian Assange’s right to publish, it will be a devastating precedent for journalists and publishers of news everywhere — and above all, for the general public, who will lose access to the information necessary to maintaining a democratic society.

If you allow yourselves to become co-conspirators in this crime, History will not look kindly on Great Britain for that.

Last November, more than 60 doctors from all over the world wrote an open letter to the British government saying that Julian Assange’s health was so bad that he could die if he weren’t moved from Belmarsh Prison, where he was being held, to a hospital, immediately. Your government chose to ignore that letter and he was not hospitalized, then or later. History will not look kindly on Great Britain for that.

Of all crimes against humanity, the most unforgivable is torture. No nation that perpetrates torture has the right to call itself civilized. United Nations Special Rapporteur on Torture Nils Melzer has unequivocally characterized Julian Assange’s treatment in Belmarsh Prison as torture. History will neither forget nor forgive that terrible moral transgression.

Furthermore, the exposure of the widespread use of torture by the United States military and the CIA at Abu Ghraib in Iraq, at Guantánamo Bay, and at so-called “black sites” all over the world, absolutely disqualifies the United States from sitting in moral judgement of anybody. If you deliver Julian Assange into the hands of torturers, history will not look kindly on Great Britain for that.

So I join together today with human rights advocates and advocates of journalistic freedom around the world.

I stand with the Committee to Protect Journalists, which declared: “For the sake of press freedom, Julian Assange must be defended.”

I stand with the Center for Constitutional Rights, which said that the attempt to prosecute Julian Assange is “a worrying step on the slippery slope to punishing any journalist the Trump administration chooses to deride as ‘fake news’.”

And I stand with the ACLU, which said: “Any prosecution by the United States of Mr. Assange for WikiLeaks’ publishing operations would be unprecedented and unconstitutional, and would open the door to criminal investigations of other news organizations.”

History will not only record the names of the countries that collaborate in this travesty of justice, but also the names of the individuals — the judges, the prosecutors, the diplomats, and the politicians — who aid and abet the crime. If you, as individuals, choose to ally yourselves with the likes of Donald Trump and William Barr, be prepared for your names to be chained to theirs in infamy, in perpetuity.

History will certainly absolve Julian Assange, and it certainly will not absolve his persecutors.