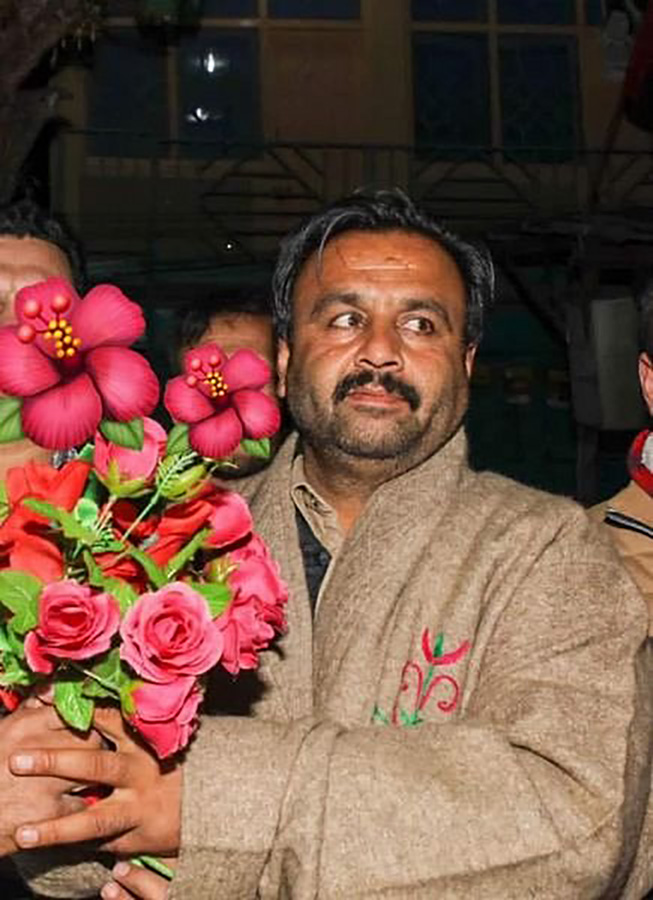 Nine years after being imprisoned, Baba Jan and his last three imprisoned comrades have been released. Nine years during which we have more than once feared for his life, nine years punctuated by legal battles and vast mobilizations in Pakistan, as well as multiple campaigns of international solidarity. Eleven of his fellow prisoners having previously been released from prison, all the convicts from the Hunza Valley in Gilgit Baltistan, a semi-autonomous Himalayan territory under Pakistani control, are now free.

The prosecution of Baba Jan was politically motivated. He was too popular and too radical for the established powers. This popularity was brilliantly confirmed on the electoral level: in 2015, despite being detained, he came second in his constituency in an election to the state assembly, far ahead of the third candidate. He threatened the hegemony of the ruling party and was hastily condemned, a veritable parody of justice, in order to be no longer eligible for election.

Baba Jan was imprisoned for supporting villagers who were victims of the formation of an artificial lake in 2010, following an ecological disaster in the Hunza basin. For this, in 2014, he was first sentenced to the equivalent of life imprisonment; then a second time for having organized a prisoners’ strike, across religious divides, to ensure that their statutory rights (quality of food, access to healthcare…) were respected.

During his detention, Baba Jan was tortured. His health deteriorated dangerously and essential medical examinations were, for a time, refused to him. Very temporarily released on parole, he was threatened with kidnap. The Pakistani government thought that what was happening in the “remote” territory of Gilgit-Baltistan would remain ignored outside its borders. It was particularly shocked when the fate of Baba Jan was mentioned in a European Parliament resolution!

A multifaceted solidarity movement probably saved Baba Jan’s life. It concludes today with his release and that of his comrades. His family, friends and comrades have always remained by his side. Well-known Pakistani lawyers have volunteered to defend him without charging a fee. The Human Rights Commission spoke out against his conviction. A wide range of progressive forces, including his friend Farooq Tariq, maintained constant political pressure on the government.

Demonstrations followed one another in Pakistan and in Gilgit Balistan. Numerous regional (in South Asia) and global networks campaigned, from eco-socialist circles (Baba Jan is a climate activist) to the Fourth International (the political tradition to which he belongs). A large number of signatures were collected, from 45 countries, including many members of parliament, mayors and other elected officials; intellectuals and academics; leaders of trade union, social and community-based movements, feminists; human rights organizations, citizens.

Baba Jan represents one of those “common causes” where all democratic and progressive forces can stand together. We welcome his release.