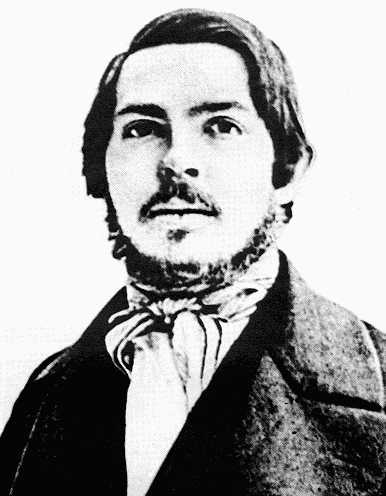 IN NOVEMBER 2020, SOCIALISTS around the world celebrated the bicentenary of the birth of Friedrich Engels. It is a mistake, often repeated, to regard Engels as a mere popularizer of Marx’s ideas. Not only did he contribute, with Marx in 1844-48, to the formation of a new worldview — the philosophy of praxis or historical materialism — but he developed an analysis and argument on subjects that Marx did not want or could not study. One of them is the question of primitive communism — which is not absent in Marx, especially in his unpublished “Books of Ethnography” but is much more developed in Engels’ book The Origin of The Family, Private Property and the State (1884).

Based on the work of the American anthropologist Lewis H. Morgan on prehistoric gentile society, Engels studied, with great interest and even enthusiasm, this primitive form of society without classes, without private property and without state. A passage from The Origin of the Family illustrates this sympathy:

“What an admirable constitution this kind organization! No soldiers, gendarmes or policemen, no nobility, no kings or governors, no prefects or judges, no prisons (…) All are equal and free – including women. (…) A degradation, like an original fall from the top of the candour and morality of the old gentile society (…) usher in the new civilized society.”

Engels’ analysis of primitive communism — another term for what anthropologists have called the “gentile society” (of people, tribal, clan or family) – has several important methodological implications for the materialistic conception of history:

1. It delegitimizes the attempt of bourgeois ideology to “naturalize” social inequality, private property and the state as essential characteristics of all human societies. Primitive communism reveals that these social institutions are historical products. They did not exist during the thousands of years of prehistory and they may cease to exist in the future.

The same goes for patriarchy. Engels used the concept of “matriarchy” to define primitive communism, following Morgan and other anthropologists of the time (Bachofen). It is a questionable term, which has caused many controversies among historians, anthropologists and/or theorists of feminism to this day. I think the most important thing is what Engels says in the passage we quote: in these primitive societies, there was a high degree of equality between men and women. It is also a question of demystifying patriarchy, self-proclaimed as a timeless structure, common to all social formations.

2. It breaks with the bourgeois vision — but shared by a large part of the left — of history as a linear progress, a continuous advance of “lights,” civilization, freedom and/or productive forces. Engels proposes, instead of this conformist doctrine, a dialectical view of the historical process: in many ways civilization represented progress, but in others it constituted a social and moral regression from what was primitive communism.

3. It suggests the existence, in human history, of a dialectic between past and future. Modern communism is obviously not a return to the primitive past, but it takes up, in a new form, aspects of this first form of classless society: absence of private property, domination of the state, patriarchal power.

It is important to note that in The Origin of the Family… Engels does not just refer to the prehistoric past. Like Morgan, he notes that even in his day, there were still Indigenous communities with this kind of egalitarian social organization. This is the case, for example, of the Iroquois Confederation, an alliance of Indigenous nations in North America for which he makes no secret of his admiration: primitive communism was therefore also present in the 19th century.

These ideas of Engels were taken up by some of the best Marxist thinkers of the 20th century. For example, Rosa Luxemburg, in her book (posthumous) Introduction to Criticism of Political Economy, devotes nearly half of her work to primitive communism. She considers the struggle to defend these community social forms against the brutal imposition of private capitalist property as one of the reasons for the resistance of the peoples of the periphery to colonialism. According to Luxembourg, primitive communism is present on every continent; in the case of Latin America, it observes the persistence, until the 19th century, of what it calls “Inca communism.”

Without knowing this book by Rosa Luxemburg (he did not read German), José Carlos Mariategui, the founder of Latin American Marxism, uses exactly the same term, Inca communism, to describe the indigenous communities (ayllus) at the base of Inca society before Hispanic colonization. For him, these Indigenous community traditions continued until the 20th century and can be one of the main social bases — along with the urban proletariat — for the development of the modern communist movement in the Andean countries.

Today, in the 21st century, in the face of the ecological crisis that threatens human life on this planet, another aspect — mentioned but little studied by Engels — must be taken into account. “Primitive communism” was a way of life in authentic harmony with nature, and today, Indigenous communities are characterized by a deep respect for Mother Earth. It is therefore no coincidence that they are at the forefront of resistance to forest destruction and poisoning of rivers and land by multinational oil companies, oil pipelines and agri-food exporters from the north to the south of the Americas. Berta Caceres, the indigenous leader murdered in Honduras, is the symbol of this tenacious struggle, which is reflected in Brazil by the struggle of the natives to save the Amazon from the systematic destruction promoted by the kings of cattle and soybeans — with the open support of the neo-fascist and ecocide government of Jair Bolsonaro.