A group of Syrian writers and solidarity activists 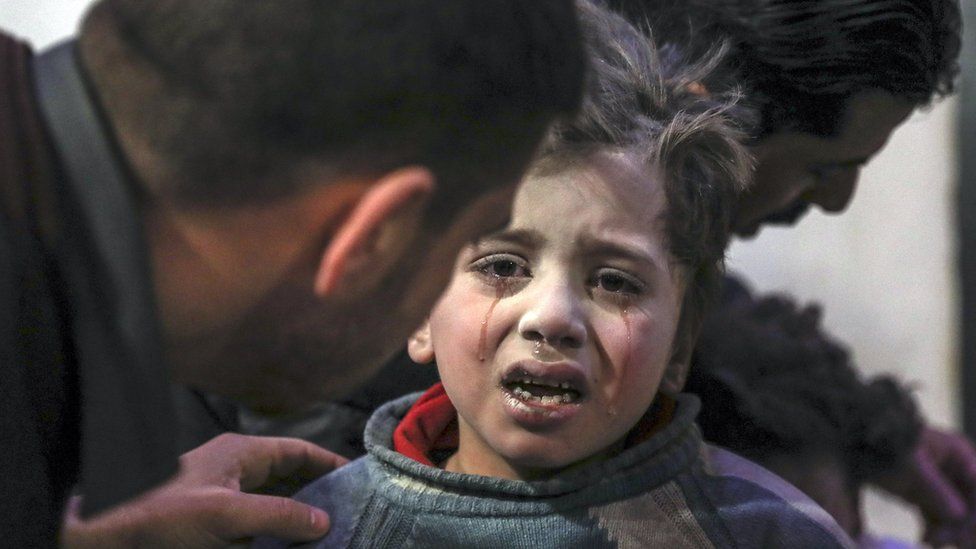 By December 2020, the Syrian Observatory for Human Rights, a UK-based monitoring group had documented the deaths of 387,118 people, including 116,911 “civilians.” Reuters

DISREPUTABLE WRITERS ANDis outlets, often operating under the aegis of “independent journalism” with purportedly “leftwing” views, are spreading corrosive propaganda and disinformation that aims to strip Syrians of political agency

[The following Open Letter was a collaborative effort of a group of Syrian writers and intellectuals and others who stand in solidarity with them. It is signed by activists, writers, artists, and academics from Syria and 34 other countries in Africa, Asia, Europe, the Middle East, North America, Oceania, and South America, and appears in multiple languages: English, Arabic, French, Spanish, Greek, and Italian.]

SINCE THE BEGINNING of the Syrian uprising ten years ago, and especially since Russia intervened in Syria on behalf of Bashar al-Assad, there has been a curious and malign development: the emergence of pro-Assad allegiances in the name of “anti-imperialism” among some who otherwise generally identify as progressive or “left,” and the consequent spread of manipulative disinformation that routinely deflects attention away from the well-documented abuses of Assad and his allies. Portraying themselves as “opponents” of imperialism, they routinely exhibit a highly selective attention to matters of “intervention” and human rights violations that often aligns with the governments of Russia and China; those who disagree with their highly-policed views are frequently (and falsely) branded as “regime change enthusiasts” or dupes of western political interests.

The divisive and sectarianizing role played by this group is unmistakable: in their simplistic view, all pro-democracy and pro-dignity movements that go against Russian or Chinese state interests are routinely portrayed as the top-down work of Western interference: none are autochthonous, none are of a piece with decades of independent domestic struggle against brutal dictatorship (as in Syria), and none truly represent the desires of people demanding the right to lives of dignity rather than oppression and abuse. What unites them is a refusal to contend with the crimes of the Assad regime, or even to acknowledge that a brutally repressed popular uprising against Assad took place.

These writers and outlets have mushroomed in recent years, and have often positioned Syria at the forefront of their criticisms of imperialism and interventionism, which they characteristically restrict to the west; Russian and Iranian involvement is generally ignored. In doing so, they have sought to align themselves with a long and venerable tradition of internal domestic opposition to the abuses of imperial power abroad, not only but quite often issuing from the left.

But they do not rightfully belong in that company. No one who explicitly or implicitly aligns themselves with the malignant Assad government does. No one who selectively and opportunistically deploys charges of “imperialism” for reasons of their particular version of “left” politics rather than opposing it consistently in principle across the globe — thereby acknowledging the imperialist interventionism of Russia, Iran, and China — does.

Often under the guise of practicing “independent journalism,” these various writers and outlets have functioned as chief sources of misinformation and propaganda about the ongoing global disaster that Syria has become. Their reactionary, inverted Realpolitik is as fixated on top-down, anti-democratic “power politics” as that of Henry Kissinger or Samuel Huntington, just with the valence reversed. But this maddeningly oversimplifying rhetorical move (“flipping the script” as one of them once put it), as appealing as it might be to those eager to identify who the “good guys” and “bad guys” are at any given place on the planet, is really an instrument of tailored flattery for their audiences about the “true workings of power” that serves to reinforce a dysfunctional status quo and impede the development of a truly progressive and international approach to global politics, one that we so desperately need, given the planetary challenges of responding to global warming.

The evidence that US power has itself been appallingly destructive, especially during the Cold War, is overwhelming: all across the globe, from Vietnam to Indonesia to Iran to Congo to South and Central America and beyond, the record of massive human rights abuses accumulated in the name of fighting Communism is clear. And in the post-Cold War period of the so-called “War on Terror,” American interventions in Afghanistan and Iraq have done nothing to suggest a fundamental national change of heart.

But, America is not central to what has happened in Syria, despite what these people claim. The idea that it somehow is, all evidence to the contrary notwithstanding, is a by-product of a provincial political culture which insists on both the centrality of US power globally as well as the imperialist right to identify who the “good guys” and the “bad guys” are in any given context.

The ideological alignment of rightwing admirers of Assad with this kind of authoritarian-friendly “leftism” is symptomatic of this, and indicates that the very real and very serious problem lies elsewhere: what to do when a people is as abused by their government as the Syrian people have been, held captive by those who think nothing of torturing, disappearing, and murdering people for even the slightest hint of political opposition to their authority? As many countries move closer and closer to authoritarianism and away from democracy, this seems to us a profoundly urgent political question to which there is yet no answer; and because there is no answer, all across the globe there is growing impunity on the part of the powerful, and growing vulnerability for the powerless.

About this, these “anti-imperialists” have no helpful words. About the profound political violence visited upon the Syrian people by the Assads, the Iranians, the Russians? No words. Forgive us for pointing out that such erasure of Syrian lives and experiences embodies the very essence of imperialist (and racist) privilege. These writers and bloggers have shown no awareness of the Syrians, including signatories to this letter, who risked their lives opposing the regime, who have been incarcerated in the Assads’ torture prisons (some for many years), lost loved ones, had friends and family forcibly disappeared, fled their country – even though many Syrians have been writing and speaking about these experiences for many years.

Collectively, Syrian experiences from the Revolution to the present pose a fundamental challenge to the world as it appears to these people. Syrians who directly opposed the Assad regime, often at great cost, did not do so because of some Western imperialist plot, but because decades of abuse, brutality, and corruption were and remain intolerable. To insist otherwise, and support Assad, is to attempt to strip Syrians of all political agency and endorse the Assads’ longstanding policy of domestic politicide, which has deprived Syrians of any meaningful say in their government and circumstances.

We Syrians and supporters of the Syrian people’s struggle for democracy and human rights take these attempts to “disappear” Syrians from the world of politics, solidarity, and partnership as quite consistent with the character of the regimes these people so evidently admire. This is the “anti-imperialism” and “leftism” of the unprincipled, of the lazy, and of fools, and only reinforces the dysfunctional international gridlock exhibited in the UN Security Council. We hope that readers of this piece will join us in opposing it.

Signatories [Affiliations for identification purposes only]

Andrew Berman, Committee in Solidarity with the People of Syria — CISPOS (USA)

Ashley Smith, Member of DSA and the Tempest Collective (USA)

Bill Fletcher, Jr., Past President of the TransAfrica Forum (USA)

Eric Toussaint, Member of the International Council of the World Social Forum (Belgium)

Hadrien Buclin, Academic & Deputy Ensemble à Gauche in the Parliament of the Governorate of Vaud (Switzerland)

Jean Batou, Historian and Deputy in the Parliament of the Governorate of Geneva (Switzerland)

Lydia Beattie, Committee in Solidarity with the People of Syria – CISPOS (USA)

Mary Lynn Murphy, Committee in Solidarity with the People of Syria — CISPOS (USA)

Mohamad Khouli, Committee in Solidarity with the People of Syria — CISPOS (USA)

Terry Burke, Committee in Solidarity with the People of Syria — CISPOS (USA)

Thomas Harrison, Member of the Editorial Board of the Journal New Politics (USA)