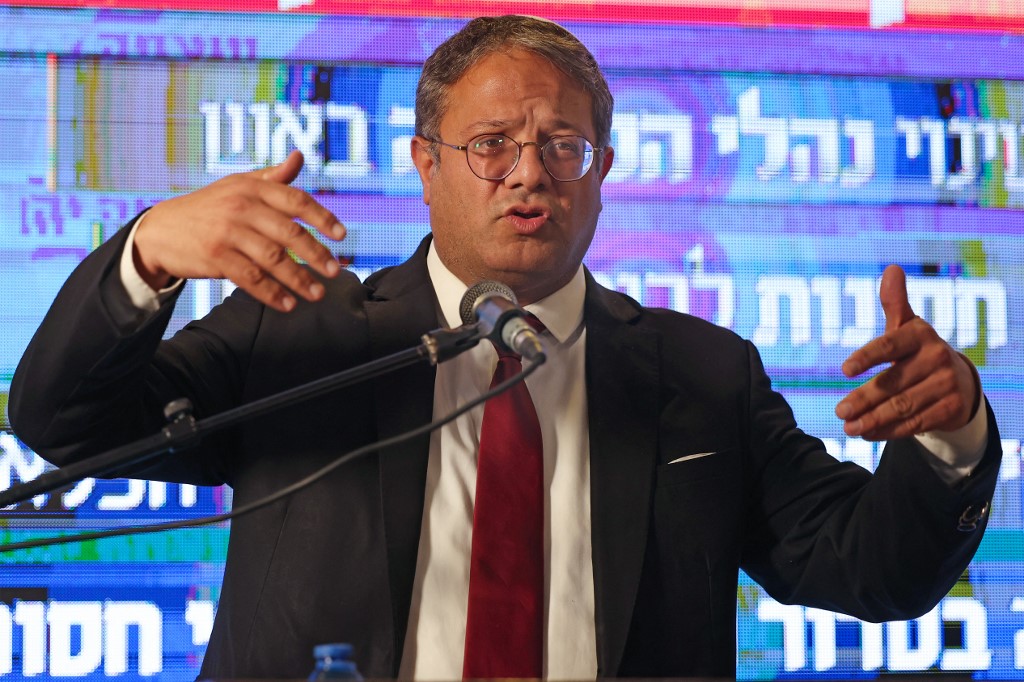 ISRAEL IS UNDOUBTEDLY a unique creature in the family of states: its borders are not defined and it lacks a constitution. It crowns itself a Jewish state, but the question of who counts as a Jew has no consensual answer. According to the Nation-state Law, it is not the ” state of all its citizens.” Its Jewish character is in constant conflict with its desire to maintain a democratic regime. It has occupied Palestinian territories for 55 years but treats them as “captured,” somewhere on the spectrum between occupation and annexation. It invented an entity called the “Palestinian Authority,” which calls itself a “state” but is in a symbiotic relationship with the Israeli military government. The occupied territory itself is divided into three parts, A, B and C, with the governmental powers varying in each.

To complicate this picture even more, let’s recall that the capital Jerusalem, al-Quds in Arabic, includes occupied territory that was officially annexed to Israel. On the other hand, its Palestinian residents, about 40% of the city’s total, have been granted resident status but are deprived of civil status. Most importantly, the Temple Mount or Haram al-Sharif is divided between Israel, the Palestinian Authority and Jordan. Even that is not the full picture, and experts in political science, sociology, archaeology, anthropology and even psychology can go on and on in definitions and explanations for this anomaly, which defines itself as a “miracle.” Indeed, it is a miracle that Israel not only receives world recognition but has recently been blessed with a chain of peace agreements throughout the Middle East reaching as far as North Africa.

The internal tensions in Israel between Arabs and Jews, secular and religious, and Palestinians and Israelis have created delicately balanced systems, which force successive governments to juggle. For example, Israel has never had a “full-steam” left-wing government. Even when Mapai ruled completely, as a way to anchor the state’s Jewish image it created an alliance with the religious parties. It invented the concept of the “liberal occupation,” the “Jordanian option” and engineered the Oslo Accords. The right-wing is also wary of realizing its ideology “full steam.” Netanyahu, as well as Begin and Shamir before him, understood that governance requires compromises so as not to unravel the thread connecting the pieces of this impossible puzzle.

However, Netanyahu fell into great personal distress when the trial against him on charges of bribery rendered him a leper in the eyes of the secular and liberal half of the public. Like a fish trying to get out of a net, he flopped his way through four rounds of elections. In the fifth round he decided to remove the gloves and legitimize an extreme group that views his plight as a golden opportunity to fulfil its desires. He gathered and united Bezalel Smotrich, Itamar Ben Gvir and Avi Maoz, leaders of three parties representing different shades of the Messianic extreme Right; in return, they threw him a lifeline, which will soon become his noose.

So far, Netanyahu has proved to be a political master craftsman, successfully dispatching all opponents with empty promises and tricks. Everyone who was his partner has become a political corpse over the years – the Labor Party, Gantz’s party and recently the right-wing party of Naftali Bennett. Aware of this, his three new partners want to collect the full price of partnership here and now. They know very well that if Netanyahu succeeds in tricking them as well, their fate will be like that of their predecessors.

And thus, we witness today the formation of a full-steam-ahead right-wing government, whose goal is nothing less than elimination of all the balances that allowed the very existence of the Zionist “miracle.” After Netanyahu brought his three partners together to help them pass the electoral threshold, they divided amongst themselves the different fronts of the revolution they want to implement: Avi Maoz will work against the secular camp, Ben Gvir against the Arab sector and Smotrich against the Palestinians. Maoz will head the “Jewish National Identity Authority” in the Prime Minister’s Office, which will be established especially for him. He will see to it that all traces of tolerance and liberalism are removed from the Ministry of Education curriculum; he will work for gender separation, allowing conversion therapy for homosexuals, non-recognition of mixed marriages and other measures that will strengthen the country’s fundamentalist identity.

Ben Gvir will serve in the cabinet and as Minister of National Security, which includes the police, the Green Patrol, the Land Enforcement Authority and the Border Police. His role will include chasing down any Bedouin who walks around at night in Be’er Sheva, steals agricultural equipment or builds himself a hut in the middle of the desert. Ben Gvir also wants to exercise Israeli sovereignty over Haram al-Sharif, even at the cost of starting a regional religious war.

Smotrich aspires even higher. He understands that chasing Bedouins, or children in the alleys of the Nablus Kasbah, are headline-grabbing acts that will not lead to significant structural change. He aspires to cancel de facto what is left of the Oslo Accords and to annex Area C, including all the settlements and outposts there. For this purpose, he has requested that the Finance Ministry, of which he is slated to minister, be given the powers granted to the Civil Administration in Area C, which, by virtue of the Oslo Accords, is under Israeli rule. That is, he intends to nationalize the Civil Administration and all the settlers who, until now, at least officially, were subject to military authority. This is how Smotrich hopes to whitewash illegal construction in the settlements and destroy any future Palestinian construction.

The negotiations between Smotrich and Netanyahu have been fraught. Bibi knows that if he gives Smotrich what he wants, the result is likely to be dire for Israel internationally. Until now, Israel has been careful to claim that the Palestinian territories are not annexed and are under temporary military control. The transfer of responsibility for the settlers to a civilian office such as the Treasury will have far-reaching implications, putting in Israel in violation of the Fourth Geneva Convention concerning conquered territory and showing anyone who is not yet convinced that Israel has become an apartheid state. Such a step would hasten the end of the shaky Palestinian Authority, and it is unclear what would happen to its security partnership with Israel, which to date has primarily benefited the settlers. Nor does Smotrich stop there. As Finance Minister he wants to promote an orthodox neoliberal policy, legally preventing the right to strike in essential services such as the electric company, ports, teachers and other government offices, which will lead to a head-on collision with the Histadrut.

While the three extremist partners fulfil the desires of the messianic militants, “saner” partners worry about more prosaic issues. Just as Bibi must escape the threat of going to prison, his senior partner and Shas leader, Aryeh Deri, is trying in every possible way to be appointed minister. Yet Deri too has legal woes. To escape imprisonment after being convicted of tax evasion in February 2022, he expressed remorse and assured the court he did not intend to engage in politics. The court credited his promise, fined him and gave him a suspended sentence. The promise quickly evaporated and now Netanyahu must enact a personal law for Deri, allowing ministership to those who have been convicted and received a suspended sentence rather than actual imprisonment.

All of Netanyahu’s partners, without exception, agree that the immediate enemy of the right-wing government is the Supreme Court, which may thwart their attempts to twist the law to suit their needs. Therefore, the full-steam right intends to pass an “Override Law,” by which the Knesset will be able to override any Supreme Court decisions nullifying laws that the Knesset passes. By a majority of 61 out of 120, the ruling coalition will be able to determine what is legal, no holds barred. Other changes will also be made in the judicial system, starting with the method of appointing judges. Another novelty: legal advisors in government ministries, who in the past could block a minister’s action, will henceforth be chosen by the minister. These advisors will not be subordinate to the Attorney General but—you guessed it—to their respective ministers.

Reasonable persons will ask themselves: how did we get here? We are facing a real right-wing revolution, embracing all areas of life. The answer is not surprising, and this situation did not arise in a day. Ben Gvir’s exploits have been known for 30 years, ever since he stole the hood ornament of Rabin’s armored car on the day of his assassination. Thirty years of the Oslo Accords, thirty years of the apartheid regime, thirty years of concession after concession by the Zionist Left to the extreme Right, thirty years of refusing cooperation with Arab society, thirty years of maintaining the “national consensus” -– all of these paved the way for Ben Gvir. Helpless, frustrated and terrified, today the somewhat saner people of Israel face a vision of depravity, which will hurt everyone, Jews and Arabs, Israelis and Palestinians. It must be understood that the partnership with the Right has come to a bitter end. If we want to live, it is time to confront the Right with a democratic program, to search again for Palestinian allies who have despaired of the Israeli Left, to seek a solution based not on separation but on one democratic state between the Jordan and the Mediterranean. The alternative is fascism.