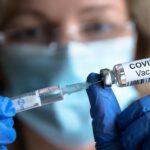 IN THE UNITED STATES, most of the Covid antivax agitation comes from rightwing sources. It is dangerous and reprehensible because it threatens legitimate public health efforts to bring a pandemic under control that has already killed at least 750,000 people in the U.S. and five million worldwide. The rightwing ideologues who carry out this campaign of disinformation are simply unconscionable scoundrels.

Unfortunately, they have “leftwing” ideological allies who devise rationales designed to appeal to progressive-minded people. A blog post entitled “The Snake-Oil Salesmen and the COVID-Zero Con: A Classic Bait-And-Switch for a Lifetime of Booster Shots (Immunity as a Service)” provides a prime example.

It is a relatively slick piece of virulent antivax propaganda. The bulk of it consists of mansplaining the ABCs of immunology, much of which is not controversial. As its author, Julius Ruechel, says: “What I have laid out here in this essay is pretty basic virology and immunology knowledge.” But every point is embellished with an ideological antivax twist. To deconstruct it in its entirety would be an oppressive chore, but I will try to briefly expose its essence.

Its “leftwing” antivax arguments for the most part boil down to this syllogism:

Big Pharma produces the Covid vaccines.
Big Pharma is absolutely corrupted by its profit motive.
Therefore the vaccines are fraudulent and worthless.

Here is a small sample of how the blog piece in question expresses this position:

“To the eyes of profit-hungry pharmaceuticals and funding-hungry national and international public health institutions, this virus must look like manna from heaven.

“So, what if COVID-Zero and the vaccine exit strategy is merely the global state-sanctioned equivalent of a drug dealer creating dependency among its customers to keep pushing more drugs?

“The holy trinity of pharmaceutical companies, public health, and international health organizations, all egging each other on in their hunger for a reliable flow of cash: shareholder profits, larger budgets, and governmental donations.”

The anti–public health message it seeks to spread is summed up as follows:

“The con is clear. It’s time to focus all our might on stopping this runaway train before it takes us over the cliff into a police state of no return. Stand up. Speak out. Refuse to play along. Stopping this requires millions of voices with the courage to say NO—at work, at home, at school, at church, and out on the street.”

And it buttresses that clarion call by cynically quoting Martin Luther King on the need to confront authority with civil disobedience.

Now, what’s wrong with that argument? I have steadfastly condemned Big Pharma corporations and the deep corruption of their profit-motivated scientific practice. I have damned it, in my recent book The Tragedy of American Science (Haymarket Books, 2020), as “science in the private corporate interest” as opposed to the ideal of “science in the public interest.” So how can it be that private corporate laboratories have created not one, not two, but a number of safe and effective vaccines with the potential to bring the nightmare contagion under control?

The syllogism’s premise that Big Pharma is corrupted by the profit motive does not justify the conclusion that its products must be fraudulent. The multinational industry has demonstrated the capacity to accomplish remarkable scientific feats when it wants to. But there’s the rub: it has to want to. And the only thing that can make it want to is the prospect of material rewards in the form of supersized profits.

That was the point of the Trump administration’s Operation Warp Speed. Billions of dollars were paid out to elite Big Pharma firms like Pfizer and Johnson & Johnson as well as to venture capital startups like Moderna, Vaxart, and Novavax that had never previously brought any vaccine to market. The program was hyped as a scientific “race for a vaccine” among competing research laboratories, but in fact it was a speculative frenzy among competing hedge funds.

It took a massive infusion of taxpayer dollars—public funding, not private capital—to incentivize the research and development of several viable vaccines. But private investors who bore no financial risk were allowed to reap the financial rewards, the extent of which has been deliberately hidden from public view by allowing the Warp Speed profiteers to bypass traditional federal contracting rules and regulatory oversight. Even a partial accounting, however, reveals that Moderna and Pfizer locked in guaranteed Covid vaccine sales of more than $60 billion for 2021 and 2022. Furthermore, analysts forecast a future annual market of $5 billion or more.

The point is that despite all that, the profit-grubbing of the pharma firms does not invalidate the fruits of their science.

The essential lesson of Op Warp Speed was not that the vaccines and the associated public-health programs were fraudulent, but that there was no material reason for funneling all that money through private corporations. The Trump and Biden administrations have allowed private investors to organize and control the vaccine research and production, and to become fabulously wealthy by taking all of the profits for themselves. The rational and equitable approach would be to cut private investment out of the picture entirely by nationalizing Big Pharma and creating the vaccines in publicly-funded laboratories.

The remarkable achievements of Cuban biomedical science demonstrate how even a relatively poor country could—in the absence of the profit motive—mobilize its scientific and financial resources to create and produce a suite of safe, effective Covid-19 vaccines. Cuba was the first country to immunize its population against Covid-19 with its own vaccines. And in sharp contrast to Big Pharma’s relative neglect of poorer countries, Cuba plans to share its vaccines with Argentina, Venezuela, Mexico, Jamaica, Vietnam, Iran, and others.

The blog piece under consideration here seeks to terrorize its readers by positing a grand conspiracy of “all vaccine makers and public health authorities” and alleges that “the media” is in on it, too, due to the “billions of vaccine advertising dollars floating around.” And not to be neglected is the ever-popular “Bill Gates, his fawning public health bootlickers, and the pharmaceutical companies that whisper sweet-nothings in his ear.”

Author Ruechel lambastes “our health authorities” in these words: “You’d have to be a completely reckless and utterly incompetent idiot, or a cynical bastard with an agenda” to “force us to submit to medical tyranny based on mandatory vaccines, never-ending booster shots, and vaccine passports.” And after all that, he has the chutzpah to accuse “our health authorities” of “shamelessly hyperventilating”!

As I have demonstrated, there are valid, serious criticisms to be made of Big Pharma and U.S. public health agencies, but the essential value of the worldwide Covid vaccine programs is challenged only by scoundrels and demagogues. As for his critique of “the media,” our ersatz contrarian completely leaves out of account the many legitimate investigative journalists who relentlessly scrutinize the activities of Big Pharma and public officials on a daily basis.

Although I have characterized this blog piece as an example of leftwing antivax propaganda, a qualification is necessary. The erroneous critique of Big Pharma is counterfeit leftism; its underlying ideological inspiration is of solid rightwing provenance. Here is how Ruechel expounds his fundamental principles:

“Freedom of speech, individual rights, private property, individual ownership, competition, good faith debate, small government, minimal taxes, limited regulation, and free markets (the opposite of the crony capitalism we now suffer under), these are the checks and balances that bullet-proof a society against the soulless charlatans that fail upwards into positions of power in bloated government institutions and against the parasitic fraudsters that seek to attach themselves to the government’s teat.”

As a colleague of mine, Bob Schwarz, astutely observed, “Whatever the partial merits of one or another pseudo-scientific argument in the article, at the end of the day this is just Ayn Rand dressed up in a lab coat.”