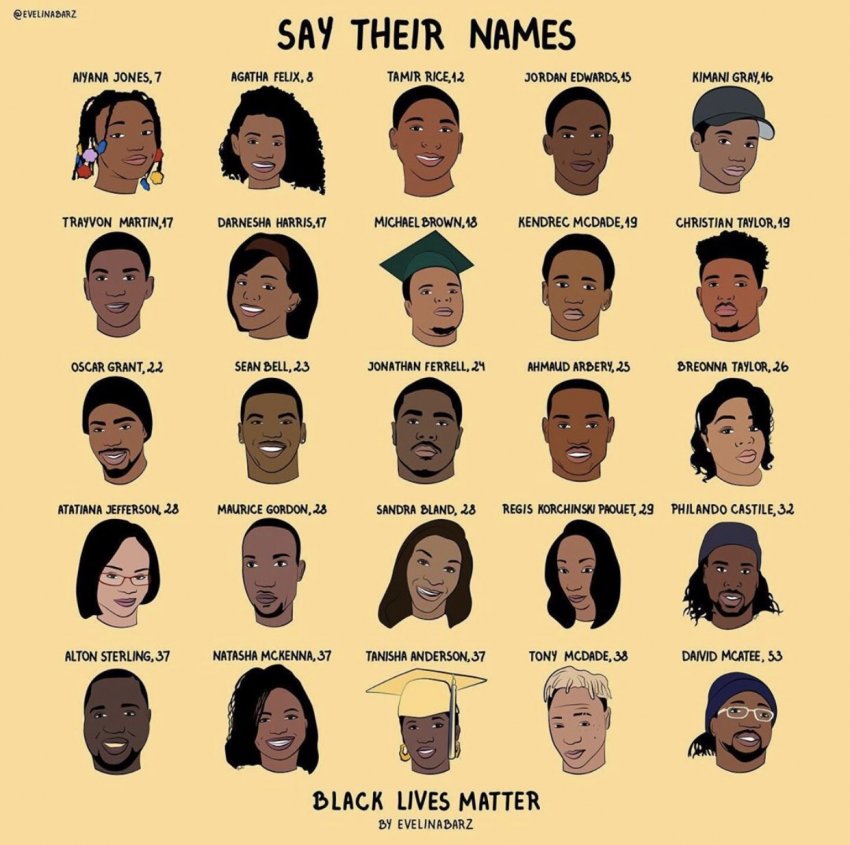 THE BOTTOM-LINE IS that cops are outlaws. They have the power to legally kill Black people.

Chauvin was convicted on April 8 and marched to a jail cell. He is under 23-hour solitary lockdown, to keep him away from other prisoners.

Chauvin faces up to 45 years in jail. His three former partners who helped murder Floyd go to trial in August.

Within the 24 hours of the Chauvin verdict, six people were shot and killed by police across the country. The victims included a young Black woman — Ma’Khia Bryant — in Columbus, Ohio, and a Black man — Andrew Brown Jr. — shot in the back in Elizabeth, North Carolina.

Sixteen-year-old Bryant was shot four times. She was carrying a steak knife to break up a fight. The knife was not pointed at the cop who shot her.

Why did the cop shoot four times so quickly? Was it necessary? We don’t know, because the evidence from the cop’s body cam has not yet been released.

The police version of events was reported by the media as truth. There is an “internal” investigation into the shooting. So far, no eyewitness videos or statements have been revealed.

Protesters in Columbus are demanding accountability. That is the lesson from the Floyd lynching by knee.

The original Minneapolis police media release on Floyd’s death described his murder — which millions of people would later see on social media — as: “Man dies [after] medical incident during police interaction.”

It continued: “[Floyd] was ordered to step from his car. After he got out, he physically resisted officers. Officers were able to get the suspect into handcuffs and noted he appeared to be suffering medical distress. Officers called for an ambulance. He was transported to Hennepin County Medical Center by ambulance where he died a short time later.”

The report did not mention that the source of his medical distress — according to the unanimous jury verdict — was Chauvin’s knee being driven into his neck and back for nine and a half minutes.

Andrew Brown Jr.’s family hired its own doctor to do a private autopsy. The report said he was shot in the back of the head — the bullet lodged in his brain. Brown’s son called his father’s death “an execution.”

Every police report is written with intent to exonerate the police. The Black community has no expectation that a police officer will do what is right.

The Blue Wall of silence was cracked in the Floyd trial. The Black police chief dismissed the cops involved in his killing. The Minneapolis police union opposed those sackings.

Chauvin is the first white cop in Minnesota’s history to be convicted for killing a Black man.

The demand by militant activists is to abolish and replace the police. That is true justice, not just accountability for a single murder. Not surprisingly, there were loud cheers after the verdict, relief and joy. Then, more street protests as others were killed.

When the verdicts came down, for me and many others, there was a moment of shock. I had expected a hung jury or conviction of manslaughter.

The justice system has rarely administered justice for a Black man, woman or family. We are so used to the system betraying us that it was stunning to see it convict at least one white cop.

Most killings of unarmed Black people by the police won’t have the Minneapolis verdict. Most cops are never charged, much less convicted.

Fox News and other right-wing media push the falsehood that Blacks are dangerous, even though reports show 97% of the BLM protests last year were peaceful.

The same forces target Black politicians with vile racism. California Representative Maxine Waters joined protesters in Brooklyn Center, Minnesota, where Daunte Wright was murdered by police during a traffic stop. When Waters told the demonstrators to stay in the streets and confront racism — whatever the Chauvin verdict — Republicans in the House of Representatives who supported Trump’s January 6 Capitol insurrection put a motion to censor her. Democrats rejected the motion.

Black women, in particular, are under fire from the right. It includes  Kristen Clarke, President Joe Biden’s choice to head the Civil Rights division of the Justice Department (DOJ). She is still waiting for approval by the Senate.

The DOJ is opening a civil investigation into the policies and operations of the Minneapolis Police Department, “to determine whether [it] engages in a pattern or practice of unconstitutional or unlawful policing.” Attorney General Merrick Garland announced the decision a day after Chauvin was convicted.

The result could be a consent decree allowing DOJ oversight of the department until changes take place. Oversight of police was stopped under Trump. Only one civil right investigation occurred in the previous four years.

The DOJ is also considering civil rights charges against Chauvin that could add years to his jail term.

At the same time, Republicans are pushing laws in 34 states to restrict protests by Black rights and anti-police violence activists. It includes giving immunity to drivers using their cars to drive into peaceful protesters.

The Chauvin verdict in the context of ongoing racial conflicts was accountability served, not justice. It is one step forward.

It was relief and surprise. But the battle continues to end policing and the corrupt system. What’s needed is a broad-based justice movement.

At Wright’s funeral on April 22, Reverend Al Sharpton gave the eulogy. He is president of the civil rights activist group, National Action Network.

The funeral turned into a political rally, where other victims of police murder from around the country were present. Sharpton said the fight for racial justice is far from over. One win, he said, is only a spark to build a broader justice movement.

Kandace Montgomery is co-executive director of Black Visions Collective, a Black-led, queer- and trans-centering community organisation based in Minneapolis-St Paul. The collective is part of the movement calling to defund the police.

Montgomery spoke to “Democracy Now!” about the Floyd verdict:

“Yeah, my reaction, like many, was an exhale for our community,” Montgomery said.

“Many of us have been holding our breath in anticipation for this verdict. And though I don’t think that justice can ever be served when we’ve lost a life in this type of situation, I do think it’s important to be able to honour that exhale of a breath and honour the peace that I’m sure George Floyd’s family and friends are now able to experience and feel. And so, for that, for them, I, you know, am, of course, happy.”

Chauvin’s will be sentenced on June 23.

Montgomery told DN: “I don’t necessarily think that I have an assessment of what would feel as a just sentence in this moment.

“As an abolitionist and as someone who really thinks that justice is tied up much beyond someone being imprisoned, I think it’s important to really think about justice, going forward, actually looks like defunding and abolishing police. It actually looks like ending militarised occupation in cities that are responding to police murders and the like, and truly uprooting the hideous roots of this institution of policing in this system that continues to kill Black people.

Few thought slavery would ever end in the US. Capitalism was built by the slave system and its treatment of Black peoples. It took a revolution to do so.

Few believed legal segregation, Jim Crow, would ever end. It took a mass revolutionary civil rights movement in the 1960s to end that.

It will take another mass revolutionary struggle to bring down the criminal justice system, the prison industrial complex and the corrupt police outlaws. But the demand to abolish and replace the police system as it exists can be won.