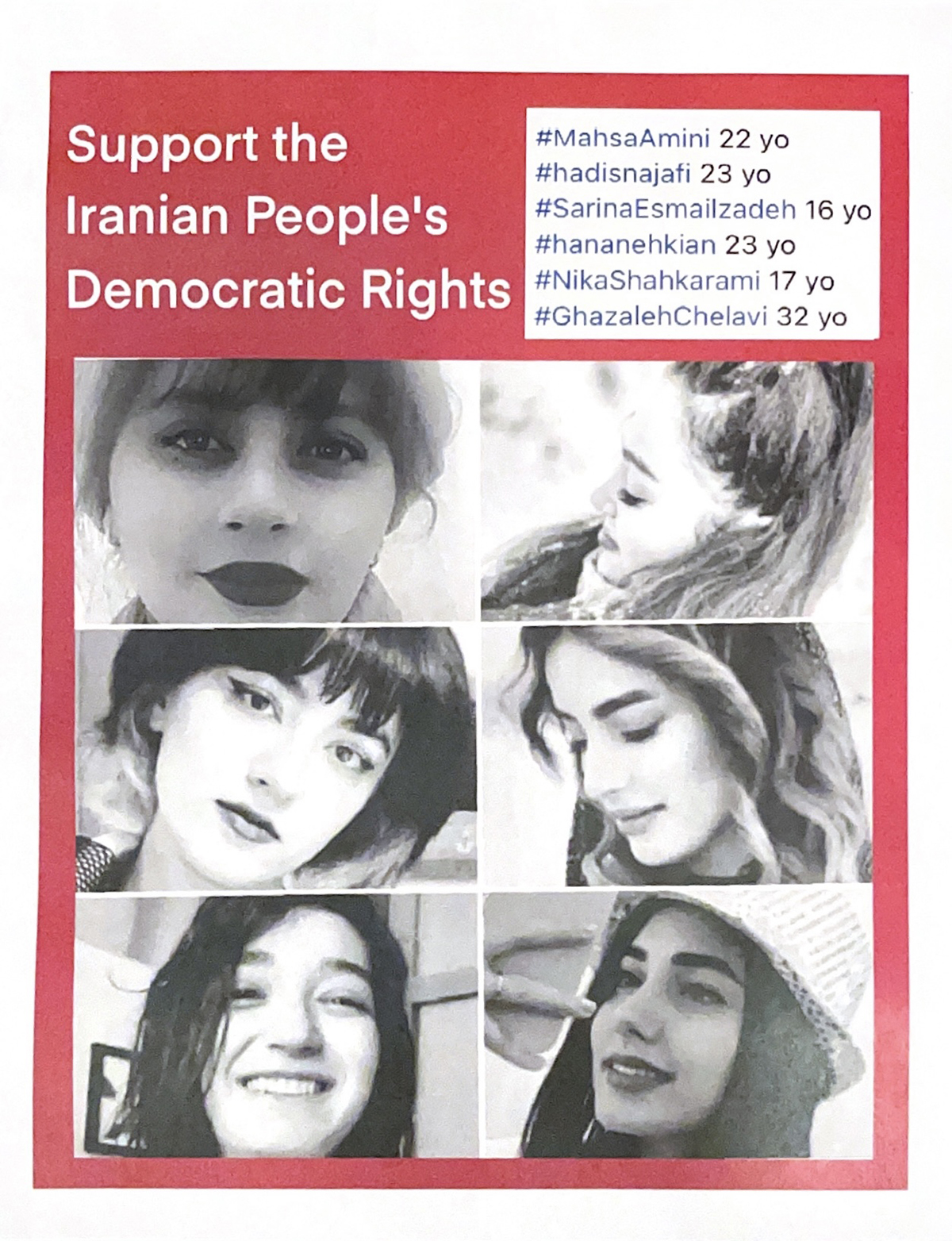 THE FOLLOWING IS an excerpt from an October 18th statement of the Executive Bureau of the Fourth International.

UNLIKE PREVIOUS UNREST, such as the rebellion against electoral fraud (2009) or protests against rising fuel prices (2019), the rallying cry in the forefront is “Down with the Islamic Republic!” After a month of protests the movement is still going strong and spreading.

Compared to past decades, the social hardship among the population is even greater today. More than half of the population lives below the subsistence level and can only survive with a lot of difficulties. Health care has become even more inadequate than it already was. The ecological damage is enormous, with severe water shortages, desertification and deforestation affecting the rural population particularly, and high levels of air and water pollution in the cities.

What is striking and enthusing is that the movement is led by young women, including school students. This is fed by the history of women’s struggles and movements in Iran since before the days of the 1979 revolution. Popular support is based on a now widely shared hatred of the regime and of the corrupt theocratic clique that dominates and exploits the country, enriching itself to the point of becoming dollar billionaires.

The fact that the movement has lasted for so long and on such a broad scale, despite the harsh repression, can only be explained by the anger felt above all by the younger generations. Broad sections of the students and pupils who are resisting their confinement and taking to the streets for a different life.

The second specificity of today’s wave of protest is that it has spread from Jîna (Mahsa) Amini’s home city in Kurdistan throughout the country. This is why the Kurdish chant “Jin Jiyan Azadi” translated to Persian as “Zan Zendegi Azadi” has become the main slogan of the movement today. In Kurdistan, the rejection of the theocratic regime and the struggle for self-determination have a long tradition and are being expressed with force. What is new is the scale of the protests in Baluchistan, where social oppression and massive poverty are the worst in the country. The repression there manifested itself, for example, on 7 October when more than 100 people were shot dead during a demonstration in the provincial capital Zahedan.

It is solely up to the people of Iran to determine their own destiny, with full democratic rights and gender equality, with religious freedom and secularism, defending the rights of all minorities and working for social and economic justice.