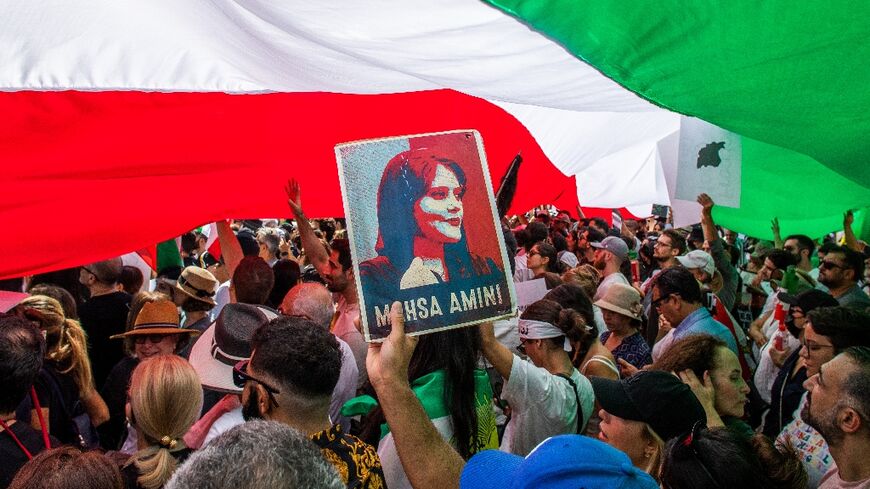 ON WEDNESDAY, September 28, the Middle East news site Jadaliyya hosted a live conversation on its Facebook and YouTube channels with five feminist scholars of Iran and its diasporas to discuss the current anti-government protests, sparked by the killing of Jina/Mahsa Amini, a young Kurdish Iranian arrested for “improper” hijab. (“In Her Name: Women Rising, State Violence, and the Future of Iran”(1))

I was privileged to be included in this group. In what follows, I offer some salient points from our collective discussion by way of my individual, post-event reflections.

Feminist activism in Iran is not new. The current uprising is the latest chapter in well over a century of feminist and women’s rights activism in Iran. From the Constitutional Revolution of 1905-11 to the revolution of 1979, from the One Million Signatures Campaign of 2006-2009 to the Green Movement of 2009 to the economic protests of 2019, women have always been present as key social actors.

They have struggled alongside larger sectors of society, and autonomously, for democratization and gender equality. In the years and decades following the revolution, women pushed back against a discriminatory legal structure at odds with their enormous presence in society.

What is unfolding now reflects a break with the reform-oriented struggles of the last several decades. The ramping up of surveillance of women’s dress by the morality police under hard-right president Ebrahim Raisi, profound mismanagement of the COVID pandemic and the economy by the government, deepening socio-economic hardship, inflation, sanctions against and isolation of Iran — all have combined to gather the population’s widespread immiseration and anger under the sign of Amini’s death.

Most important is the fact that women, most of them young, are leading this movement, that gender justice and women’s liberation are at the very heart of its demands, and that protesters are demanding an end to the Islamic Republic and any new forms of patriarchal authoritarianism.

The first feminist demonstration in the weeks following the 1979 revolution was in response to Khomeini’s imposition of the mandatory hijab. In the decades since, an end to compulsory hijab had not been the central or most pressing issue around which feminists have organized.

In periods of reform governments, particularly under Mohammad Khatami (1997-2005), surveillance of women’s dress and hijab loosened, and issues like citizenship status, rights in marriage and divorce, and custody of children became more pressing and potentially winnable.

The corporeal tactics of the current protesters — burning their hijabs in the streets, cutting their hair in public and online, sitting in cafes without hijabs and mandatory loose clothing — are now most decidedly a demand to end compulsory hijab in Iran.

These are not protests against Islam, nor are they against the choice to wear hijab. They are about a refusal to be conscripted into a state regime that sacrifices women’s bodies and lives in the name of national sovereignty and security. Women with and without hijab are protesting together, and there is widespread belief in the society that hijab must be voluntary.

Compulsory hijab in Iran is a material and symbolic weapon that constructs gendered forms of citizenship through surveillance, forced allegiance and violence, as are the actual and suggested bans on veiling and other forms of Islamic dress — from India to France to the United States.

While central to the uprising, an end to compulsory hijab is not the final frontier of the movement and its aspirations. This is a remarkable upsurge that unites many sectors of society — women, youth, ethnic and religious minorities, students,(2) labor unions, artists, queer people — who are utterly fed up with politics as usual.

It is deeply feminist in that it dreams of vast, systemic change and an end to patriarchal authority and political structures that violently militate against the freedom and democratic participation of everyone.

Women in Iran have struggled for feminism and gender equality for over a century, but often their particular visions and specific demands have been sidelined through an “after the revolution” politics. In the current struggle, a struggle for the self-determination of Iranian people, women’s and feminist issues are the heart and soul.

Protesters are putting their bodies on the street to demand their bodily and political freedom. Women are no longer willing to defer their autonomy to a future that will never come. Women’s freedom is the sign under which this new world-making unfolds. Jin. Jiyan. Azadi. Zan. Zendegi. Azadi. Woman. Life. Freedom.

Transnational Solidarity from Below

As I write, we are heading into a weekend (October 1 and 2) full of global demonstrations of solidarity with the Iranian people.

The October 2 demonstrations are specifically a call from Iranian feminists — some of whom were active in the One Million Signatures Campaign — to stand with them. Not to speak on their behalf, but to stand with them in support of the movement in Iran and against patriarchal authoritarianisms everywhere.

Feminists around the world, from Afghanistan to India to Sudan, have been inspired by the movement in Iran, writing statements of solidarity.(3) They are linking the feminist uprising in Iran to their own struggles for self-determination and bodily integrity, and an end to patriarchal nationalism and authoritarianism — be it Islamic, Hindu, secular or otherwise.

Many feminists in the United States, Iran and elsewhere are connecting the movement in Iran to the struggle for abortion and reproductive justice in the United States. These kinds of robust connections around differently located but connected struggles around bodily autonomy, democratic participation, and self-determination are precisely what transnational feminist activists and scholars have been building for decades.

The Feminist Future is Now

This is a moment to deepen and renew this political and intellectual tradition. Whatever the outcome of this uprising, the breathtakingly courageous Iranian women and their many-gendered comrades are an inspiration to a world in crisis.

They are refusing conscription into patriarchal authoritarianism and forms of national belonging that are built on violence, surveillance, securitization, gender-differentiated citizenship and belonging, and a drive towards multiple forms of death.

They are building on a deep and long history of feminist struggle, and at the same time creating something new. Finding each other in the street, these protesters — like so many protesters around the world — want a different world.

They want a world free from militarized violence, from state and national politics that organize and divide people along lines of inequality and oppression, from gender violence and discrimination, from incarceration, from the many forms of socio-economic immiseration, precarity and isolation.

They long for a feminist world of love and care, of unity and solidarity, a world that affirms women and life and freedom. In the face of enormous state repression and violence, they are building such a world.

NOTE: “On September 27, a song by Iranian musician Shervin Hajipour “broke” Persian social media. He is singing of the mass protests that began in Iran following the death of Jina/Mahsa Amini. It went viral — viewed 40 million times within 48 hours.”