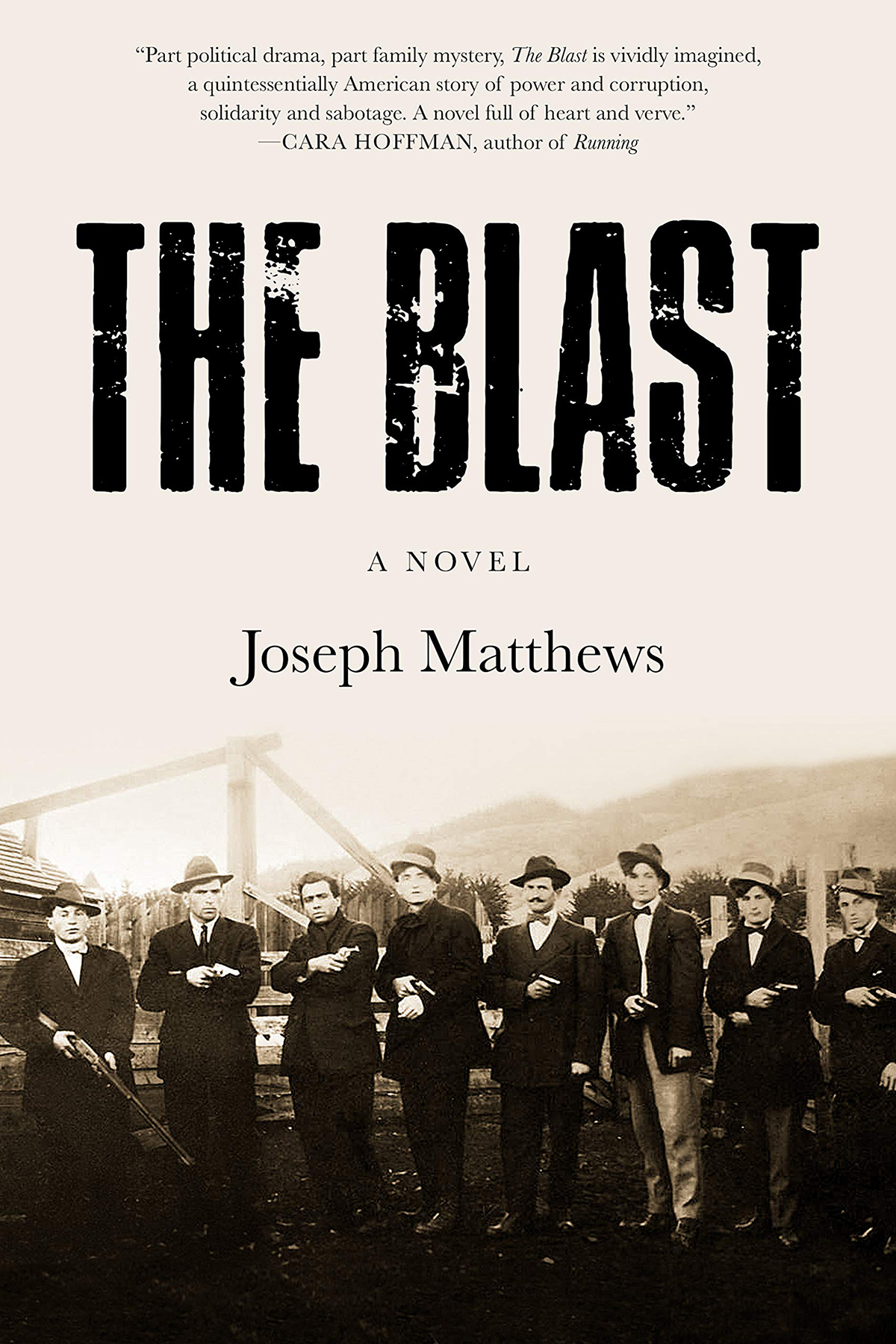 IN A BYGONE age when the eldest radicals could remember the pre-1920 era, some of them would write to me at Radical America saying that, for at least a moment, they could vividly recall the cheerfulness and humor of the optimistic time when socialism seemed inevitable.

The Blast gives us a rich sense that the history of the Left has moved on from a history of the Socialist Party and its electoral successes or failures — the traditional field of research — into a broader field of diverse activities and actors. Although not a great novel, it is memorable as part of a literature that seems to recall the radicalism that bloomed in the first decades of the 20th century.

A certain memory gap remains, and probably will remain: activities carried on outside the English language. Nevertheless, we are getting a better glimpse of socialists and anarchists, politics and culture, the astonishing upsurges and the dilemmas presented by the Great War (World War I), the Russian Revolution, the Red Scare and the complications of early Communist infighting.

Recent scholars have tackled anarchism, which had a wide influence not only among Italians, Spanish-Cubans and Mexican-Americans, but also within and around the pro-IWW sectors of Russians, Ukrainians among others. Sometimes this history intersects with the Socialist Party, rather more often it intersects with the labor movement, often in the most unusual ways.

Anarchists who were enraged at Socialist leadership or misleadership joined the IWW or the more conservative wing of the AFL leadership, or yet the newer unions emerging during wartime, especially the Amalgamated Clothing Workers in its most radical phase.

The Blast finds us in San Francisco, with radical Bohemians of both sexes, the famed zone of sexual activity around the maritime trade, and the sharpening class struggle. It is a very hefty novel, sometimes almost too hefty, with so many details that the reader wonders if he/she has lost the narrative thread somewhere.

Most impressively, we get a real look at the anarchists in daily life, how the groups’ newspapers (Volante, in Italian, is the most important here) symbolized a way of looking at the world as ripe or over-ripe for direct action — that is, the direct action that Socialists understandably abhorred: bombing adventures.

The novel’s key protagonist Kate Jameson has come West from Boston after her genteel husband dies, on the budget of the new Bureau of Investigation eager to quash antiwar voices and activities of any kind. She has lost all contact with her rebellious, bohemian daughter Maggie, who lands in San Francisco, sometimes working as an exotic dancer and generally experiencing a wild time, while being drawn ever closer to Leftwing activities.

Maggie’s opposite number, known as “Blue,” a native of San Francisco and a sometime boxer, is definitely a revolutionary and at the moment on the run from the Irish revolution.

These two are going to go through a lot, together and apart. But in the background, the author effectively sketches the intensity of the class struggle at a moment when the shortage of workers (thanks largely to war orders) has made them bold, in the Bay Area even bolder.

Into this mix we find two characters not yet world-famous as they will become in a decade: Tom Mooney and Warren Billings, craft workers with anarchist leanings.

Incidental descriptions of characters and their behavior is often so interesting across this large novel that we can stop for a moment and think, for instance, about a devoted Kropotkin follower, the Japanese anarchist roommate of a fourth principal, Dr. Lily Bratz, a people’s doctor and reluctant abortionist.

Sadly, that moment passes too fast, as do so many others. The narrative goes on to women’s organizing proper, and to the IWW. Details are well explored here, if perhaps too many for easy reading, and the dialogue, historically the hardest part of writing a novel, is altogether credible.

Warren Billings, dedicated anarchist, seems too radical for even the IWW, or perhaps just uncontrollable. He prefers working with AFL craftsmen who have the tactical option to beat back scabs and even practice a little sabotage on the wheels of production.

Billings and the rest are, as history fans know, headed for the bombing of the Preparedness parade of 1916. Bringing intense repression, although not really ending anarchist propaganda and publications (thanks largely to the cover of “foreign” languages that most government agencies could not comprehend), this event nevertheless ends a period of political optimism and the hopes for a near-time transition to socialism that may have been, after all, an illusion.

Living on the Edge of Doom

Interviewed about the novel, the author notes that the anti-organizational mentality of the anarchists ran up against the internal logic of the IWW. Since the 1890s, some anarchist groups on the East Coast had actually felt more comfortable within the AFL mainstream, resistant to Socialist pressures and the “dual unionism” of the IWW. The future Communist leader William Z Foster created a small syndicalist propaganda campaign or movement to urge joining the AFL.

In the West, anarchism found its home more likely among Asian immigrants and those Spanish speakers from a variety of places, all rigidly excluded from good jobs, let alone existing unions. The characters of the “Latin” branch of the IWW, in San Francisco’s North Beach, thus play a major part in the book.

So do the women agitating around the IWW for still-illegal birth control information and, more quietly, doing dangerous work like abortions. No historic documentation is going to be equal to the task of uncovering this activity, but fiction can capture the spirit, and The Blast certainly does.

We have a feeling in various parts of the novel that the world it depicts, including the relative freedom of movement of its characters, teeters on the edge of doom.

The Bay Area and the heavily-Italian North Beach would remain a center of bohemianism and anarchist inclinations until overtaken by gentrification, and perhaps even now. But the political or anti-political spirit of anarchist possibility faded with the Red Scare.

Communists, often enough Bohemians personally, led the great strikes and unions from the 1920s to the 1950s. The author properly argues that the anarchists have themselves partly to blame, because of their infighting. But in truth, the open-ended era ended around 1920, and no amount of good will could alter that reality.

Anarchism did not die, of course. It became essentially a cultural movement, linked in some places with educational experiments, in others with communal activities, especially summer camps and such, and even more, a literary trend.

Revival and the Underground 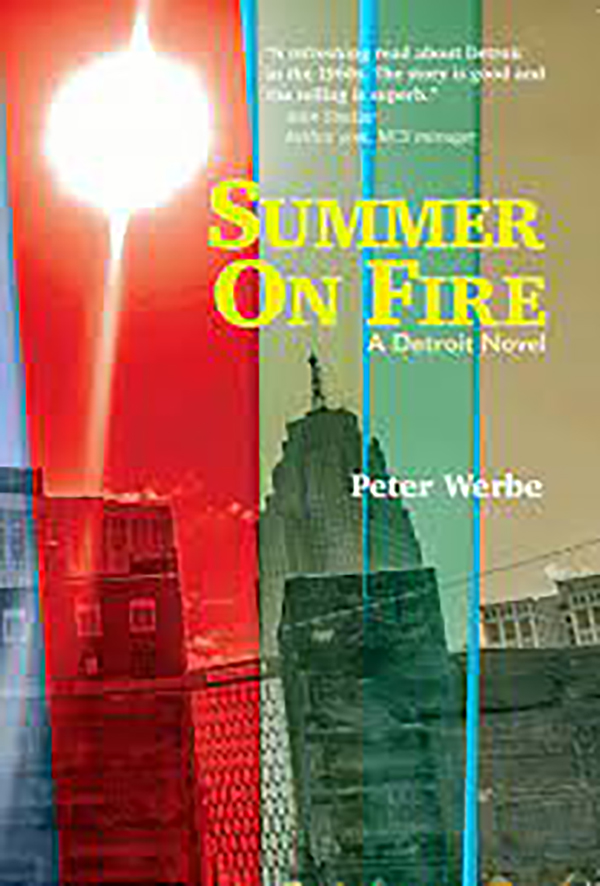 Anarcho-pacifism emerged at the end of World War II, launched radio WBAI in New York, and inspired City Lights Books in San Francisco. Anarchism inflected heavily during the 1960s without much calling itself anarchism (when it did, it signaled one more version of sectarianism.) But it did inspire some remarkable experiments.

The Fifth Estate, Detroit’s venerable alternative paper launched in 1965, a shade before the skyrocketing rise of the underground press across the United States, could be described as a manifestation of that anarchist spirit — not because it declared itself so, but because in its particular manifestations of rebellion, all other definitions would have faded by the middle 1970s at least.

The ’60s Movement died, by 1980 even underground comix had faded, but The Fifth Estate and a cousin in Austin, Texas, The Rag, stayed and stayed. The Rag had Thorne Dreyer, The Fifth Estate had Peter Werbe, present from its launch until today, and the power of personality alone seemed to sustain these publications.

Summer On Fire: a Detroit Novel is about the years of highest excitement. It begins with Werbe’s adolescence, narrowly fictionalized like so much else in the novel. He spans enthusiasm with the Beat Generation’s last phase with the rise of Youth Culture (so do I, and so do thousands of others nearing 80) and the moiling political, workplace and community revolts of 1968-72.

It’s not the greatest novel about the 1960s, but Detroiters in particular will find lots to interest them, bring back memories, and argue about over dinner.

Easily the most exciting page (139) brings The Fifth Estate into existence. It is wildly eclectic, interesting to look at, the relentless in its attack upon the Detroit Establishment.

For me, the editor-publisher of Radical America in Madison and a collaborator on a couple of u.g. newspapers, the chapters that capture the inner group, the work process and community response will always be the most intriguing.