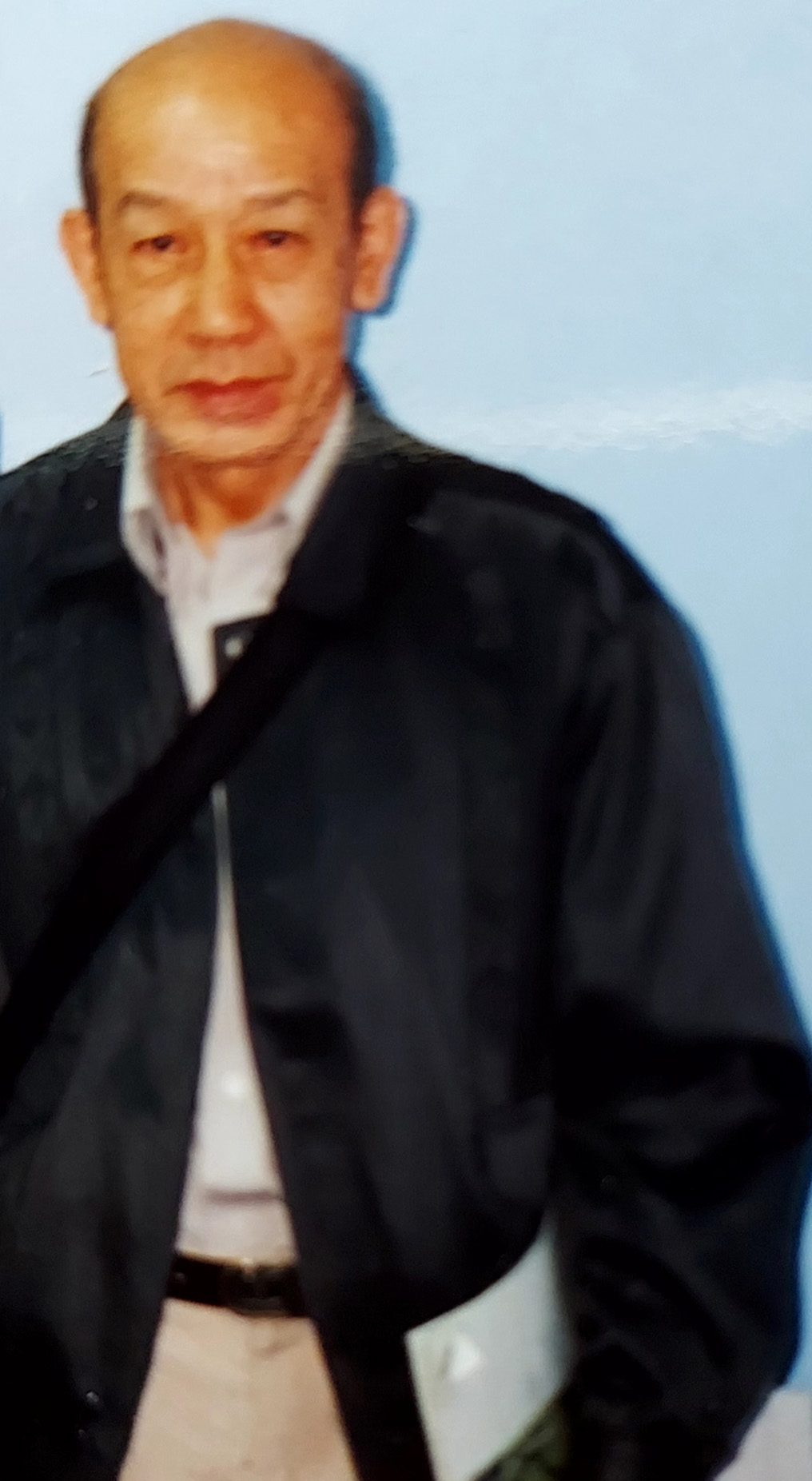 At the same time, Xiang continued to strongly criticize Maoist and Stalinist brands of communism. Hong Kong socialist and activist Au Loong-yu (區龍宇) was deeply influenced by Xiang and wrote the following tribute reviewing and commemorating the life of this late “movement mentor.” The article, written on July 19, 2022, was originally in Chinese and was published by the online media Linking Vision.]

MY MENTOR, XIAN Qing, passed away at age 100 this year on July 9th. I first traveled from Hong Kong to visit him in Macau in 1977. I was 21 at the time and had first joined the Young Socialist Group (社會主義青年社), a youth left-wing organization that shared rental space with the editorial office of October Review (十月評論), which ran a small bookstore in the unit.

I only understood that they were Trotskyists after reading more upon joining the Young Socialist Group. At the time, the Chinese language and Protect Diaoyutai (“Baodiao”) movements had died down and social movements were ebbing overall, and I felt troubled about not knowing what to do.

One day, I discovered an internal document analyzing the political situation in China and Hong Kong by someone named “Xiang Qing” that impressed me, so I tracked him down and brought a friend to meet him in person.

Mao Zedong had just passed away a year before, and the elders of October Review and the young Trotskyists were all optimistic about the democratic struggles on the mainland. But I realized that Xiang’s political analysis was able to address many aspects that others neglected — and since then I saw him as my movement mentor.

The Poverty of Leadership

Under the restrictions of colonial rule, it was extremely difficult for left-wing youth to develop enough analytical tools to adequately assess the political situation of Hong Kong and China. Social movements in Hong Kong, especially left-wing ones, faced many pressures and differed from some other countries where there was more continuity between movements across generations.

One time I was in the U.K., and a friend took me to a church in Oxford, where some community members and other sympathizers every year would commemorate some soldiers executed by Oliver Cromwell during the English Civil War.

These soldiers were part of a radical group called the Levellers, who were executed by Cromwell for refusing to obey his orders to invade Ireland.

This is a history made alive by living movements. But in Hong Kong, let alone in China, there are barely any movement histories that are independently preserved. New generations of activists are forced to discover tools anew, and stumble on many errors.

A key reason for this lack of historical memory and continuity is state repression. At the time, the Chinese Communist Party’s (CCP) sympathizers in Hong Kong also faced pressure, but they had a mountain to lean on, so the British did not dare to overstep certain lines. But other movement activists were not so fortunate, and worse if one was a leftist.

It was not until the early 1970s when the colonial regime loosened its grip a bit, but at first, the new wave of student activists then was completely oblivious to the fact that there were a group of elder leftists around, who were labelled as “Trotskyists.”

In 1952, all remaining Trotskyists in China were rounded up and sent to prison —- leaving only the ones in Hong Kong. But if the Trotskyists in Hong Kong were to be discovered, they would be deported by the British. It was at this time when Xiang was deported to Macau.

Those who were not deported would have to remain underground for the long term. In this condition, it was hard for the October Review comrades not to become disconnected with the youth, and it would be difficult for the youth to learn about them.

It would take quite a few years for left-leaning youth to connect to old leftists, like Peng Shuzhi (彭述之) from overseas, and Wang Fanxi (王凡西) and Xiang in Macau. But by 1975, Wang already moved abroad to England (it would take me another five years to get a chance to write him), so I could only mainly learn from Xiang.

Rule of Law and People’s Self-governance

Although the colonial regime then loosened some of its authoritarian control, it would still harass leftist youth demonstrating or flyering on the streets by giving them a hard time or prosecuting them -— only at least then they did not charge them with severe crimes. There was no consensus about whether a leftist should plead guilty, appeal for a lesser sentence, defend oneself in court, appeal, or hire a lawyer, and more broadly, how to even relate to the very institution of the colonial rule of law.

“Contemporary anti-authoritarian movements for democracy are at the same time also a movement to demand a more sufficient rule of law. The early democratic movements in the 17th century first demanded the limitation of the monarch’s administrative powers … with the rise of the workers’ movement and the right to universal suffrage … these all helped strengthen the true spirit of a genuinely democratic rule of law. And so, the rule of law and the people’s self-governance should progress together…”

He stressed that for young leftists who want to develop a socialist stance on the rule of law, they must advocate for the freedom and liberation of the working-class as a key principle to replace the traditional aims of the rule of law under bourgeois democracy.

The rule of law is impoverished under capitalism, but we must not deny the basic essence of a rule of law, but work to introduce a newer, more sufficient rule of law that safeguards the power and interests of the workers. His article inspired me to rigorously study the historical development of different forms of democracy, and laid the groundwork for my later intervention in approaching the fight for universal suffrage.

In 1982, Hong Kong became a key bargaining chip in the rivalry between China and Britain. Beijing declared that Hong Kong’s sovereignty belongs to China, and Britain was reluctant to let go. So some in Hong Kong civil society advocated for a plan for Britain to return the city’s sovereignty to China in exchange for retaining the right to govern.

Xiang, on the other hand, thought that genuine democrats should not request the British to extend its colonial rule, while also not completely accepting the CCP’s conditions of return. Around that time, he wrote a pamphlet titled ‘Hongkongers’ Path Forward: Struggle for Democracy, Demand Sovereignty’ (香港人的出路：爭取民主，收回主權) reminding readers that calling for the return of the city’s sovereignty should only be one aspect of our demand.

The other aspect lies in the principle of “sovereignty lies with the people” (主權在民): a country’s sovereignty does not lie in within the party or state bureaucracy, but its people.

The missing link between these two aspects lies in the framework of Hongkongers’ right to democratic self-determination (港人民主自決), because “without the masses holding power, a nation’s so-called sovereignty would be nothing but a dead weight on the body of the masses … the question of when and in what manner should Hongkongers’ return to China should be wholly determined by the Hong Kong masses.”

The long period of colonial rule has weakened Hongkongers’ democratic awareness, such that Xiang’s principles still only have minimal influence even 20 years later -— even during and after the mobilizations against the Tiananmen Square massacre. Many Hongkongers still thought that they were the “geese that laid the golden egg,” and so Beijing would handle us liberally. It was only until a new generation of activists in the year or two before the Handover when there were similar demands.

It was not until a year before the Handover that the idea of Hong Kong’s sovereignty belonging not to any political party but rather to the people became more popularized, and a small circle of young activists began to act. On the night before the Handover on July 1st, 1997, hundreds of protestors marched (illegally) on the street to insist that the sovereignty belongs to the people, while many of the mainstream pro-democracy liberal parties refrained from hosting any street protest.

In 2003, Beijing attempted to introduce national security legislation, only retracting it to avert a political crisis after 500,000 Hongkongers took to the streets. But people later came under the impression that Beijing seemed to respect Hong Kong’s autonomy, and so that generation of youth did not give much serious thought to how Hong Kong’s road to democracy should continue.

But the seeds of dissent were planted then, and next time, the youth acted differently: 11 years later, they led the Umbrella Movement. Even though it failed, it triggered a serious discussion among civil society about the political direction of Hong Kong’s future: from the left, right and center, to advocates for self-determination, independence, pro-democracy, etc.

Though later the main voices for Hong Kong’s self-determination may not be directly related to Xiang or our political materials, and few people knew of Xiang’s writings, it proved that his thinking on democracy and sovereignty symbolized a bridge between democratic movements in China and elsewhere and the struggles of what I call the “1997 generation,” who sparked the Umbrella movement and the 2019 resistance movement.

Xiang had long been isolated in his small flat in Macau, but was never one of those intellectuals who would, in isolation, become cynical and wallow in despair. The generation born around the Handover did not succeed in 2019, but neither did the early pro-democracy activists’ demand to accept the limitations of the Basic Law and advocate for a gradualist path toward universal suffrage.

Hong Kong is too small, and there is already little chance for success if Hongkongers’ attempt to organize without connecting with the democratic movements in China. This is what Xiang’s pamphlet, early on, already presaged.

In 1966, when tens of millions of students were “rebelling” at the peak of the Cultural Revolution, there were many youth from all across the world who echoed their slogans. But Xiang argued in his “Brief Remarks on the Great Proletarian Cultural Revolution” that “even though the movement unleashed by Mao Zedong is painted with the colors of the left, its basic structure is neither progressive nor revolutionary, but conservative and reactionary, aiming to safeguard Stalinist authoritarian rule and the elite privileges of Mao’s ruling clique.”

His erudition and self-cultivation always kept him politically clear-headed.

In the last decade or so, Xiang’s output slowed, but he continued to study and reflect on world affairs. His last long-form piece analyzed the global political situation in 2013, suggesting that “the 2008 financial crisis not only triggered a political and social crisis, but also pointed toward the unprecedented climate crisis. Mass-scale anti-government movements, even revolutionary ones, are growing in power in and between different countries.”

His article also discussed the situation in China: “In the next few years, a revolution that few can predict is entirely possible.”

He even speculated that the first phase of the revolution would see liberals first taking power, but they themselves cannot solve China’s politico-economic crisis —- only a democratic government with workers leading other oppressed groups has the power to do so.

I did not share his optimistic assessment at the time. I began solidarity work with Chinese workers at the turn of the century in order to more concretely grasp the situation on the ground, and came to the conclusion that he overestimated the power of not only the labor movement, but also the liberals, in the mainland.

But differences in political assessment are quite normal; Xiang was also coming from a place of care for people —- for working people. In retrospect, a great majority of his work can stand the test of time.

He often joked that he might have 120 years of life, which he ultimately did not. But I know that he would not mind: he joyfully lived a simple and virtuous life, without any care for his own self-interest.