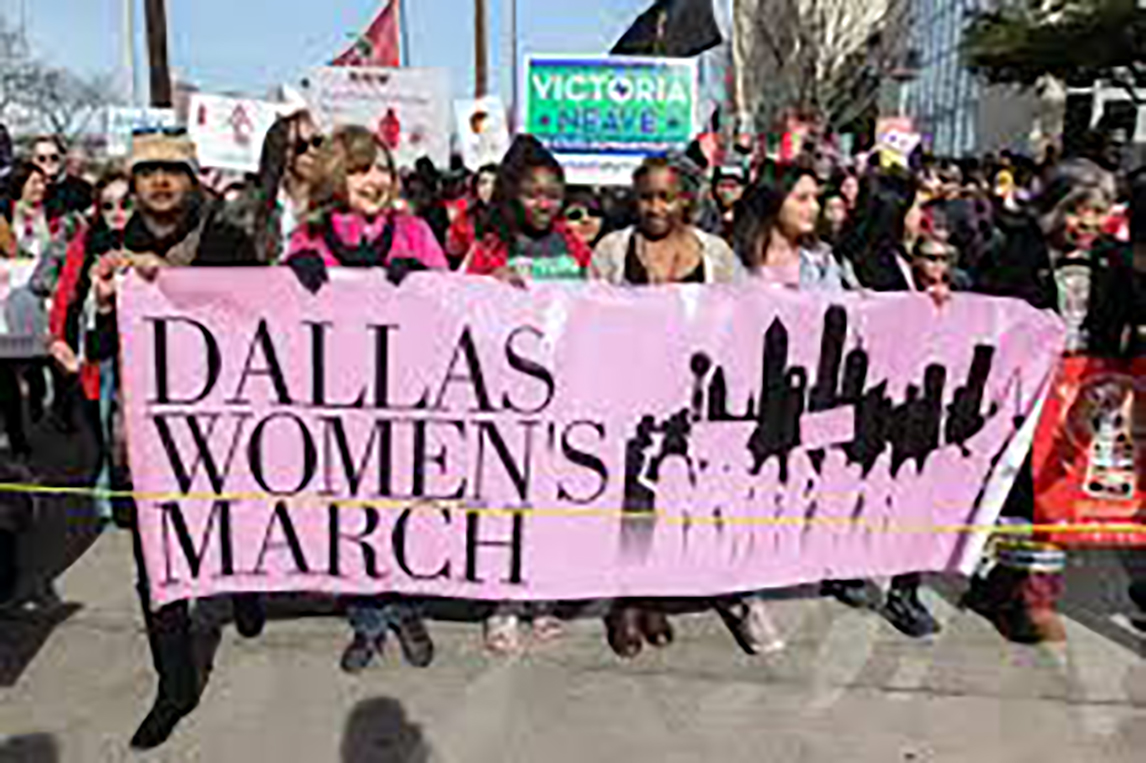 Resistance to the U.S. Supreme Court ruling immediately took to the streets. Facebook

EVERYONE KNEW IT was coming: the unhinged Alito Supreme Court ruling that trashed a half-century of Constitutional abortion rights was leaked on May 2, seven weeks ahead of time. The grassroots reproductive rights movement began mobilizing immediately to confront the crisis — from outraged street protests, to expanding clinics to meet the desperate needs of interstate traveling patients, to mobilizing for a sweeping reproductive rights state constitutional amendment in Michigan.

On August 2, to be sure, voters in Kansas delivered their own verdict — not just affirming abortion rights in their state constitution, but possibly transforming the political calculus of the coming midterms. Women’s right to abortion, critically important in its own right, has taken center stage in the fight for democracy in the United States.

Yet during those critical weeks the Biden administration sat on its hands, nearly paralyzed and apparently uncomprehending that such a thing could even happen. Very late — finally responding to swelling outrage over the administration’s inertia — Biden announced the federal government’s verbal support for women’s right to travel for abortion and access to pills through the mail, and for medically essential procedures to proceed in hospitals receiving federal funds. What these promises might mean remains unclear in the chaos erupting within and between states, in the wake of the Court’s obscenity.

The right wing for its part was already preparing whole packages of bans against abortion procedures, medication prescriptions, telemedicine and travel in states they control, to go into force immediately. The Democratic-majority House of Representatives legislation to protect abortion rights has no chance of passing a filibuster-clogged Senate.

It is difficult to overstate the scope of the looming political crisis that the Roe overturn throws into sharp relief, but extends much further. Strikingly, none of this is obscure anymore.

The decentralization of governmental authority in the United States, with so much vested in state legislatures, along with the political monopoly of the two capitalist parties, all of which contributed to systemic political stability, are now factors of destabilization and potential chaos. This is especially acute with the mutation of the Republican Party from elite-driven conservatism to a far-right Christian-nationalist-dominated cult, determined to seize levels of power to create one-party minority rule.

The crisis, with its distinct made-in-America flavor — notably the peculiar dysfunction of institutions like the unrepresentative Senate and the bizarre Electoral College, to say nothing of the power of the uniquely barbaric U.S. assault-weapons-worshipping cult — is also part of a global authoritarian phenomenon. That’s illustrated by the right wing’s open embrace of Hungary’s Viktor Orban, Israel’s ethno-supremacist state doctrine, and even Vladimir Putin.

While mainstream, liberal and elite media are consumed with coverage of the Republican Party run amok and the “assault on our democracy,” one critical point remains severely under-covered: Overstuffed with its record-shattering profits and indifferent to the obscene inequalities choking the society, the corporate U.S. ruling class appears unwilling or unable to confront the potential collapse of constitutional “stability” that served it so well for so long.

It will be up to popular movements on the ground in defense of reproductive, voting and basic human rights, along with the common sense of the majority of the population, to turn back a slide toward the abyss. In the forefront, as already noted, are the abortion and reproductive rights movement’s multi-level mobilizations.

Examples include the Michigan state constitutional amendment for expanded reproductive justice to be on the November ballot; fundraising for travel expenses and protection for pregnant people needing to cross state lines for abortion care; placement of clinics where abortion is legal near the borders of states where it’s not; making sure that abortion pills are available; county prosecutors proclaiming they will not prosecute patients or abortion providers; even visionary planning for a reproductive health ship in the Gulf of Mexico to serve the needs of patients from abortion-banning states.

These responses demonstrate a movement that’s pre­pared to delegitimize, discredit, disrespect and where necessary defy the disgusting dictates from the Supreme Court or state governments. At the very minimum, the fed­eral government must fully guarantee the availability of postal services and the right to travel, over which it has jurisdiction.

Our main topic in what follows is the broader systemic multi-pronged assault on democracy, on workers’ as well as women’s and LGBT rights, on the separation of religion and government, on racial justice and basic human decency.

One notable blind spot in the 24-hour media coverage: near-total blackout of the Biden administration’s pressure to extradite Julian Assange from Britain for “espionage” over Wikileaks’ exposure of monstrous U.S. war crimes in bombing Iraqi civilians.

This blatant assault on journalism, inherited and continued by the present administration from the Trump gang, makes a mockery of Biden’s pretence of defending the First Amendment — yet ordinary consumers of network news of any political stripe would barely know it.

Still, when it comes to Republican and especially Trump-driven actions and the threats they pose, the coverage in liberal and mainstream media is lavish and thorough. Some leading examples:

• The House Select Committee investigation of the January 6, 2021 riot and invasion of the Capitol, with details of the depth and breadth of Trump’s criminal conspiracy to overturn the election, including the plot’s months-long active engagement with violent white-supremacist networks.

• Intimidation and terrorist threats against county election officials. Along with far-right power grabs at state and county levels to capture the levers of vote-counting and certification authority, these tactics could throw the routine certification of election results into chaos.

• State bans on high school transgender athletes as well as meaningful sex education, anything that ignorant legislators choose to call “Critical Race Theory,” and whatever else suits the purpose of pandering to a rightwing base.

As for responding to mass shootings, plans also abound to weaponize and lock down school buildings, making students’ daily experience roughly like entering a medium-security prison.

The Democratic Party establishment is engaged in a two-front battle — against the Republican right wing, which it’s largely losing, and against its own party’s progressive wing, where it’s having some considerable success.

Especially in a fraught economic climate, the thin Democratic House of Representatives majority and fragile control (such as it is) of the Senate have been expected to shatter. Possibly, however, the brutality of the Roe overturn, the still unfolding revelations of the January 6 conspiracy, and counter-mobilizations against voter suppression may alter the result in some key states and races.

In addition to the powerful response to the Roe overturn, another arena of resistance is the movement at grassroots levels in states where voting rights and access are under attack — to get folks registered and informed of their rights, to get “souls to the polls” for early voting (for example, on Saturdays if it’s being banned on Sundays to curtail the African American vote), and to fight back waves of voter intimidation tactics that threaten to turn election-day sites into combat zones.

It mustn’t be forgotten that the spirit of the new labor organizing drives and campaigns — to unionize corporate giants like Starbucks and Amazon, to win decent contracts for nurses and teachers and UPS workers, and more — are also key democratic actions in an atmosphere where labor laws and courts are heavily stacked against working people. In the long run, labor’s revival and fight for economic justice is decisive for any progressive outcome.

These are first steps toward building resistance struggles that will be complex and protracted, whatever the electoral dice rolls in November may produce. The signals of revul­sion and fightback are absolutely vital, even if they aren’t yet the huge mass movements — on the scale of the historic Civil Rights, antiwar and labor organizing upsurges — that are needed to transform the situation.

Where Are We Going?

It’s important in the circumstances to be combative, but clear-eyed about the threats of the far-right offensive.

The reasons why we’ve taken to labeling the Supreme Court majority engineered by the Bush and Trump regimes as WSCOTUS — White Supremacy Court of the United States — come into clearer focus by the day. To be sure, the unelected Court is not a unilateral actor initiating law or policy on its own. In normal circumstances it wasn’t meant to be the continual center of attention.

But nothing is “normal” now. And in view of the Court’s incredibly overweight role during the U.S. condition of capitalist political gridlock, something needs to be said about the conventional media labeling of this WSCOTUS majority as “conservative” or even “ultraconservative.”

Conservatism in any meaningful sense — guiding principles like resistance to rapid radical change, respect for institutions and customs, to say nothing of judicial precedent, etc. — has practically nothing to do with it. That’s why WSCOTUS is enabling, not restraining, the far right’s manipulation and subversion of what were supposed to be institutions of constitutional government and “our democracy.”

Radical socialists like the editors of this magazine, of course, do believe in the urgency of rapid social change. We expect those to be achieved by movements through mass democratic politics and action, not handed down from bourgeois courts. But within the narrow arena of legal reasoning, there’s something to be said for judicial restraint and a decent dose of humility, to say nothing of consideration for rulings’ impact on ordinary people’s lives.

None of that motivates the present WSCOTUS. Rather, it is fuelled by an unrestrained far-rightwing ideological marriage of extreme corporate greed, pseudo-libertarianism and white-supremacist Christian nationalism.

The second explains the Court majority’s lunatic reading of the Second Amendment’s arcane text, murkily worded but which never said, implied or was ever before understood to mean unregulated private rights of anyone to carry concealed firearms, anywhere.

And the combination of white-supremacist nationalism and fundamentalist Christian theology produced the years-long gutting of the Voting Rights Act and a century of campaign finance laws, enabling extreme racial gerrymandering and now the brutal overturn of Roe v. Wade.

Unless this Court’s ideologically driven majority is properly frightened of the public backlash, cases to overturn rights to same-sex marriage, contraception and anything else that’s been taken to be governed by the Equal Protection clause of the 14th Amendment could come next.

The aroused and emboldened Justice Clarence Thomas promised as much. (Enough Republican Senate votes might be rounded up to codify national same-sex and interracial marriage equality as well as contraception rights, frankly saving the Court’s butt on these issues.)

By the time of the 2024 election, the Court may have taken up the ultimate “independent state legislatures” claim to enable the outright overturn of elections where rightwing state lawmakers decide they don’t like the results. By all rational calculations that should be many bridges too far. But rationality in these inflationary days doesn’t buy what it used to.

Taken to the outer limits that an ascendant right wing envisions, the results could include an unsolvable crisis of legitimacy and political fracturing of the country — with incalculable consequences. Might the August 2 Kansas result point toward a brighter, hopeful future for democracy?