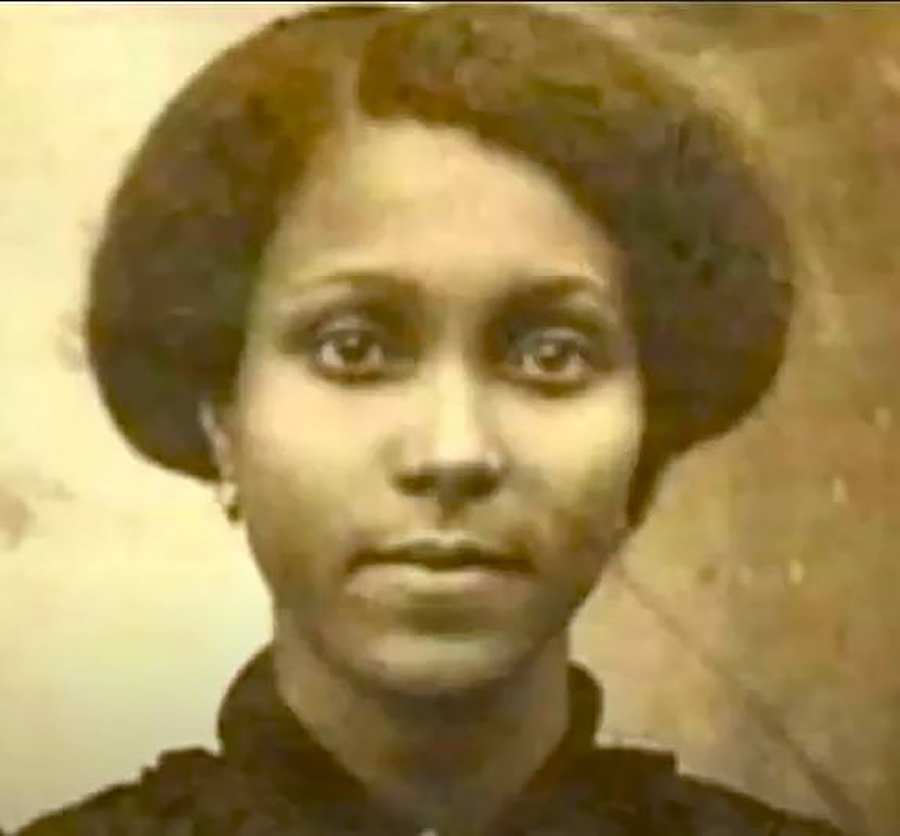 THIS BRILLIANT AND insightful book discusses Black motherhood in a way rarely discussed in political and academic circles. The author, Anna Malika Tubbs, places the struggles of Black women in an historical context as she explains their influence on three prominent African-American men of the 20th century — Martin Luther King Jr., Malcolm X, and James Baldwin.

In her concluding section, the author explains why she had to write this invaluable book:

“I am tired of us not being recognized; I am tired of being erased. In this book, I have tried my best to change this for three women in history whose spotlight is long overdue, because the erasure of them is an erasure of all of us….

“The crucial contributions Alberta (King), Louise (Little) and Berdis (Baldwin) made to their families have been ignored for decades and were largely unappreciated while they were alive.” (202)

The three mothers were important to prominent Black figures who were seen by many whites as “not true Americans” (or even worse). Tubbs tells their stories to show how Black women, like all Black people, suffered from racial-based national oppression.

She frames their history by discussing the policies of U.S. presidents after the Civil War, including those seen as liberal such as Theodore Roosevelt and conservative as Woodrow Wilson.

All presidents, white men, accepted as “scientifically” proven that Black people were less than whites. They not only rejected challenging racist policies — North or South — toward African Americans but considered it a betrayal of the Founding Fathers to consider doing so.

President Franklin Roosevelt, a hero of liberals, refused to integrate the military or face off with southern Dixiecrats. Black people were told to stay in our place. It took until 2022 to achieve the NAACP’s first national campaign, to make lynching a federal crime!

White supremacists and other opponents of full equality for African Americans were particularly determined to deny the humanity of Black women by all means.

In the face of racism, sexism and white violence, these mothers survived. They are honored by Tubbs as the extraordinary women they were in their own right. She writes:

“Three women I speak of are Alberta King, Berdis Baldwin, and Louise Little — women who have been almost entirely ignored throughout history. While this disregard of Black women’s contributions is widespread and so extensive that it is unquantifiable, the women I honor here have been ignored differently: ignored even though it should have been easy throughout history to see them, to at least wonder about them, and to think about them; ignored in ways that are blatantly obvious when the fame of their sons is considered.

“While the sons have been credited with the success of Black resistance, the progression of Black thought and the survival of the Black community, the three mothers who birthed and reared them have been erased. This book fights that erasure.” (4)

Tubbs has studied racial, and gender issues her entire career. She holds a Masters in Multidisciplinary Gender Studies and a Ph.D. in Sociology from the University of Cambridge, England, and a bachelor’s in Medical Anthropology from Stanford University. As stated on her website, “Her academic focus is on addressing gender and race issues in the U.S., especially the pervasive erasure of Black women.”

Tubbs adds a personal observation: while writing about motherhood she was herself pregnant. Researching and authoring the book became personal, she said, as a Black woman.

The story of each woman is woven across the book’s eight sections, connected by the author’s assertion that they consciously raised independent, intellectual and influential Black men. When these three famous men died — two by assassinations in the 1960s and one by stomach cancer in 1987 — the media only mentioned their fathers. There was no discussion of the influence of their still living mothers — the women were erased.

While focusing on these intelligent women who were central to making their children who they became, Tubbs also points out the same dynamic operates for mothers of famous daughters. Is it because Black women are invisible?

A further motivation for Tubbs was the place of women in Black peoples’ resistance to oppression and racism. Without knowledge of these three women’s stories, “the world was missing an enormous piece of our understanding of Black resistance in the United States.” (9)

Tubbs begins her story of Louise Helen Norton Langdon Little not with her birth in the Caribbean island of Grenada, but with the struggles of native inhabitants, Caribs, including slaves and former slaves, over two hundred years ago against the French colonizers and later British occupiers. The author points out that Black people always resisted colonial rule and white domination. Louise’s grandparents were part of that resistance.

Louise was born in 1894 or possibly later. She was biracial; it is believed that a white man raped her mother. Tubbs remarks, “The effects of slavery .?.?. the constant control of Black women’s bodies through sexual violence, was universal, far after emancipation.”

Tubbs is clear about the widespread use of rape of African and Black women by white male colonizers and slaveholders. Rape is both a weapon of violence, and subjugation and dehumanization of women.

In 1917, after her grandmother died, Louise migrated to Montreal, Canada where she met Earl Little at a Universal Negro Improvement Association (UNIA) meeting.  The UNIA was founded by Black nationalist and Pan Africanist leader Marcus Garvey, a fellow West Indian. Louise and Earl married and worked as field organizers, promoting Garvey’s call for Black independence. Sometimes referred to as “Back to Africa” movement, Garveyism was a call for Black self-reliance and freedom from white domination.

The Littles had seven children together. Louise served as branch secretary, wrote for the Negro World newspaper, and spoke at least three languages: English, French and Patois (local Caribbean dialect).

Louise and Earl lived in several northern states (Malcolm was born in Omaha, Nebraska) finally settling in Lansing, Michigan. While Black people were not legally segregated as in the South, racism in Michigan was vicious.

Earl died mysteriously in a streetcar “accident” in 1931. Louise believed it was carried out by the Black Legion, a white terrorist group. In his autobiography, written with Alex Haley, Malcolm asserts that members of the Klan killed his father.

Louise’s support of Garveyism, teaching self-reliance, and the importance of education and advocacy for Black self-determination undoubtedly had a considerable influence on Malcolm.

Tubbs’ powerful story of Louise’s family origins, including the resistance of distant relatives in Africa to colonization, slavery and racism, has never been previously told in an integrated way. 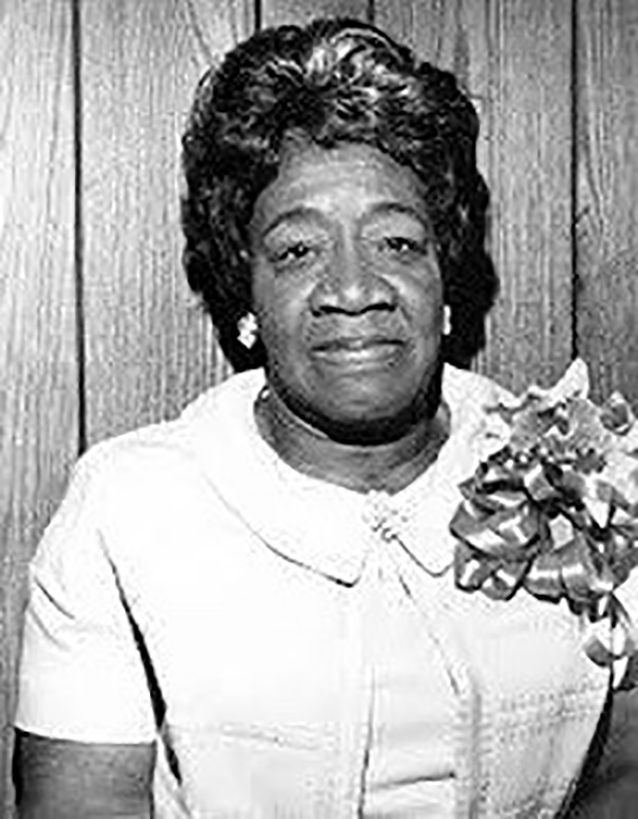 Alberta Williams King (1904-74), the mother of Martin Luther King Jr., was born in Atlanta. Her family had resources. Her father, the Rev. Adam Daniel Williams, was one of the founders of the Atlanta chapter of the NAACP and the pastor of Ebenezer Baptist Church.

Alberta was the most educated of the three mothers, attending Spelman Seminary, the Hampton Normal and Industrial Institute, and Morris Brown College. She married Baptist preacher Martin King, and they had three children together, including her famous son.

Tubbs emphasizes the importance of religion and the church to Alberta’s family and the Black community, where:  “(T)hey created their own nation within a nation, where they affirmed their humanity and fostered political power.” (25)

Alberta, however, was not allowed to make the most of her education. This was the era of Jim Crow segregation where African Americans — men and women — could be beaten up, jailed and even lynched for disrespecting a white person.

“At the time, there was also a law that kept married women from teaching,” writes Tubbs. This ‘marriage bar’ lacked any logic; it was simply in place to restrict educated women from most fields that they were qualified to pursue. It was not fully terminated until 1964 with the passing of the Civil Rights Act.

Alberta focused on tutoring her husband, establishing women’s coalitions, and directing the children’s choir. She did so with the self-awareness and discipline her mother and other strong Black women did before her. She brought this discipline and courage to her own children. Alberta, of course, supported her son’s civil rights campaign of nonviolent civil disobedience to win full equality under the law. 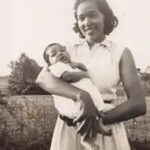 Emma Berdis Jones Baldwin (1901-99) was born on Maryland’s Eastern Shore, Deal Island. Maryland was a former slave state even though as a border state many slaves ran away and joined the Union army during the Civil War. Tubbs notes many famous African American births in Maryland: Frederick Douglass, Francis E.W. Harper, and Thurgood Marshall.

Berdis left Maryland for Philadelphia, and later, New York, during the Great Migration of African Americans from the South to the North beginning in the 1910s. In 1924 she had a baby while single, named James Arthur Jones. James never knew his biological father.

Berdis married David Baldwin, a preacher in the Pentecostal tradition and the two had eight more children together. They lived in Harlem during its rise as the Black cultural mecca known as the Harlem Renaissance.

Of the three women, Berdis “had the least in terms of money and education,” Tubbs points out. Her husband was paranoid and abusive and working as a laborer, he had trouble supporting his family. When she was pregnant with their ninth child, Berdis committed him to a mental institution; he died shortly thereafter, in 1943.

Berdis was disciplined and firm, pushing her children to stand on their own. James, the eldest, was a brilliant student. He took care of most of his younger siblings while growing up. While he lived abroad, she kept up an active correspondence with him.

All three women knew the consequences of the women’s suffragist movement too, when white suffragists rejected Black women’s inclusion to the 19th Amendment in 1920. The movement leaders made clear to racists in the South that their aim was to win the vote for white women, which would offset the few Black men who were able to vote.

Each mother endured tremendous personal loss. The Little marriage was tumultuous. After Earl Little died in 1931 Louise was forced to go on welfare, later certified insane and committed to the Kalamazoo State Hospital for more than 25 years. She was released only in 1963, two years before the assassination of Malcolm X.

Louise died in 1991 in Lilley Township, Michigan — 36 years after her son’s assassination — in the care of family members.

Alberta lost not one but two sons: After Martin Luther King Jr.’s assassination in 1968, her other son, A.D. King, died in a mysterious drowning the following year. She too was murdered, as she sat at the organ in Ebenezer Baptist Church.

All three women were born within a few years of one another and all married preachers. They led very different lives, but all outlived their famous sons.

In today’s world of Trumpism run wild where once again Black truth is being erased from Texas to Florida and many other states — with the actual banning of books about Black contributions — this book by Anna Malika Tubbs deserves to be in wide circulation.