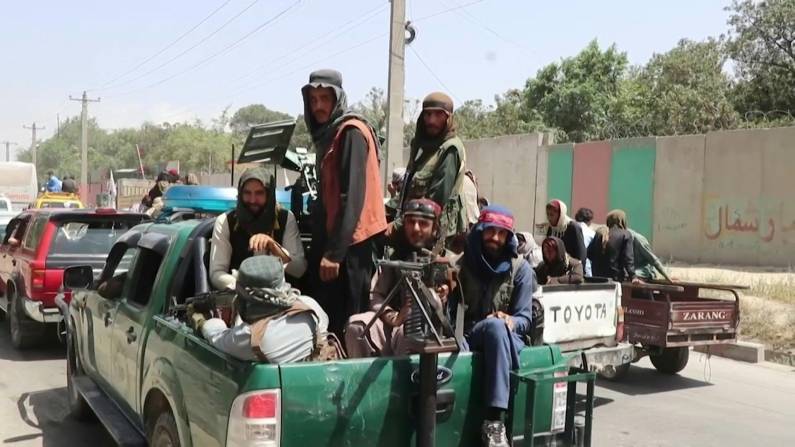 IN A BRAZEN act of theft, president Joe Biden signed an executive order to seize $7 billion in Afghanistan’s government funds frozen at the New York Federal Reserve Bank since the Taliban took control of that country.

The action threatens to completely collapse Afghan’s tottering banking system, destroy what’s left of its economy, and plunge millions of its people into starvation.

Half the money is to be allotted to pay court judgments for compensation to family members of victims of the 9/11 attacks — some of whom are expressing outrage over being paid by funds stole from innocent Afghans who had nothing to do with murdering their loved ones.

The other half is supposed to go to humanitarian relief for Afghanistan — but it’s entirely unclear how, and how much, of that $3.5 billion will reach people on the ground. The Guardian (February 11, 2022) reports:

“The process is likely to be long and messy, with advocates and some 9/11 victims arguing that the Afghan assets should all go to help the Afghan people who are facing mounting hardship.

“The money — which includes currency, bonds and gold — mostly comes from foreign exchange funds that accumulated over the past two decades when western aid flowed into Afghanistan. But it also includes the savings of ordinary Afghans, who are now facing growing violence and hunger with the economy and rule of law in freefall.”

Meanwhile, an epidemic of measles is breaking out in a population already weakened by hunger, with ninety-eight percent facing food shortages.

It is difficult to imagine a policy more cynical and vicious — or more short-sighted, since the near-inevitable results of economic collapse will be an explosion of drug trafficking, political chaos, and terrorism with impacts on the whole region.

For updates and a petition campaign addressing this critical emergency, visit the women-led campaign website.