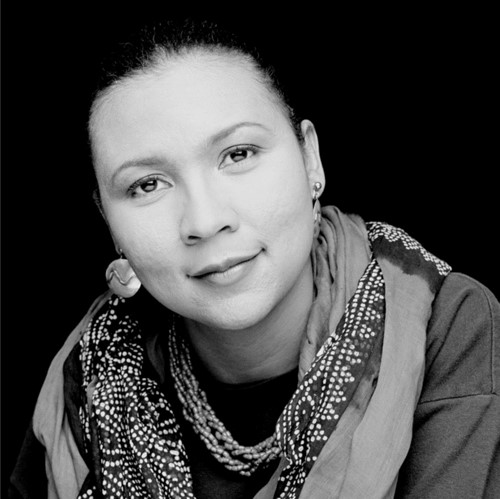 A RADICAL FEMINIST, scholar and activist born in the segregated town of Brea, Kentucky, bell hooks died December 15. She was 69.

She rose to prominence during the “second wave of feminism” in the 1970s. It was at the height of the women’s rights movement that won important victories including nationwide legal abortion rights, now under fierce attack by the right.

Adopting lower case to stress her writings over her individual status, bell hooks was widely read for her insightful critique of both the white-dominated feminist movement and the male-led Black civil rights and radical militancy of the time.

She was a trailblazer who sought to empower people of all races, classes and genders. She participated in and helped shape ongoing debates about justice and discrimination in the United States.

I first read hooks in the 1980s after the publication of Ain’t I A Woman: Black Women and Feminism (South End Press, 1981). It was titled after Sojourner Truth’s “Ain’t I A Woman?” speech at the 1851 Ohio Women’s Rights Convention in Akron, Ohio.

In the 1980s I read bell hooks and other Black feminists differently than I do today. While I agreed with her critique of the patriarchy and the role of gender in class politics, I thought then that her failure to understand the “party question,” and the central role of class in everything including gender oppression, was a fundamental weakness in her writings.

Today I see issues of class, race and gender, and their intersectionality as key to revolutionary politics. The type of revolutionary organization necessary to defeat capitalism will be specific to each country.

On the faculty of Berea College since 2004, bell hooks’ Institute was formed in 2014 at the college (Berea.edu/bhc), where she served as distinguished professor in residence in Appalachian Studies.

A poet, memoirist, social critic and scholar, she wrote more than 30 books. Born Gloria Jean Watkins, hooks wanted a way to honor her maternal great-grandmother while opting not to capitalize her name, hoping to keep the public’s focus on her work.

She mixed the personal and the political as she examined Madonna music videos, and critiqued Clarence Thomas’ Supreme Court confirmation hearing in 1991. She also discussed the representation of Black Americans in film and the nature of love.
Inspiration and Intersectionality

Dr. hooks’ brilliant work inspired Black and other women of color as well as many revolutionary Black men:

“Although the women’s movement motivated hundreds of women to write on the woman question, it failed to generate in depth critical analyses of the Black female experience. Most feminists assumed that problems Black women experienced are caused by racism — not sexism.

“The assumption that we can divorce the issue of race from sex, or sex from race, has so clouded the vision of America thinkers and writers on the ‘woman’ question that most discussions of sexism, sexist oppression, or woman’s place in society are distorted, biased, and inaccurate.

White suffragettes never grasped this point, which is why the victory to vote in 1920 (the 19th Amendment) only applied to white women. Black women were still categorized as Black people first who had few rights.

As hooks explained, Black women always faced not just the oppression of the patriarchy but the national oppression of race. Black female workers suffered triple oppression: their sex, race and class (super exploitation).

The theme of hooks’ writings was the intersectionality (although she didn’t use the term) of race, capitalism and gender. She described the oppression generatively as “imperialist-white-supremacist-capitalist-patriarchy,” explaining the ability of capitalism to (re)produce, (re)generate and perpetuate systems of oppression and class domination.

Yet since hooks worked as an academic and teacher, many socialists are not as familiar with her importance to Black feminism and the fight against white supremacy.

I enjoyed her critical analysis, especially her explanations of the leadership role of strong Black women. It preceded the current role of Black women in the racial justice and Black Lives Matter movements today.

That leadership by women was present in the antislavery, anti-segregation movements. But it was not fully recognized because of racism and white supremacy.

As for my own thinking, I still believe that a mass revolutionary “party” is needed, but the appropriate form will emerge in the class struggle. What happened in Russia in 1917 was an inspiration but unique. Circumstances different for China (1949) or Cuba (1959).

My view of hooks in the 1980s was somewhat sectarian because she was an academic, not a party builder. Nevertheless, reading her words today shows the importance of strong Black women leader and radical feminism.

She joins the pantheon of great radical Black women and men who fought, and still fight today, to end the system of capitalist oppression in the United States and around the world.