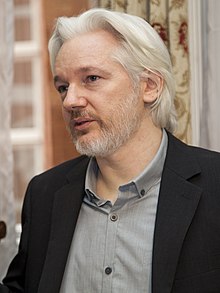 JUST AS JOE Biden wrapped up his “Democracy Summit” and called for protecting persecuted journalists, the U.S. “Justice” Department won a British appeals court ruling for the extradition of Julian Assange on espionage charges — for publishing information on U.S. war crimes in Iraq, which the Wikileaks founder obtained by the standard means of investigative journalism.

The British judge ruled that extradition can proceed on the basis of U.S. commitments not to hold Assange in solitary confinement or a maximum-security hellhole. After 20 years of the Guantanamo prison, we pretty well know what those promises are likely to be worth.

While further appeals to Britain’s highest court continue, Assange remains locked up in a state of deteriorating mental as well as physical heath. This is a human rights emergency, as well as the assertion of a monstrous legal doctrine of U.S. extraterritorial jurisdiction over journalists — which could then be exploited by any regime on the face of the earth.