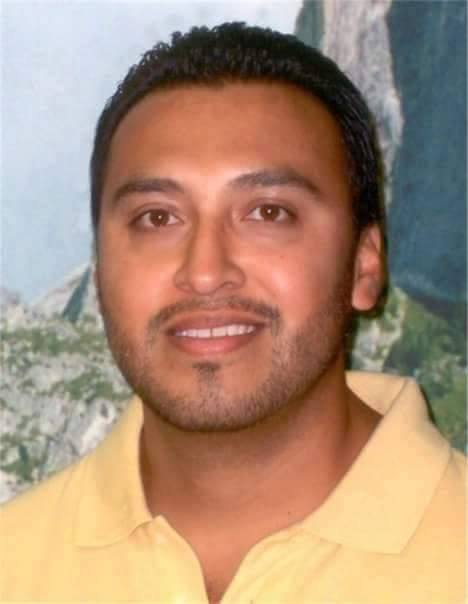 From within the Michigan prison system Efrén Paredes, Jr. advocates for prisoner rights.

NEARLY A DECADE after the U.S. Supreme Court issued its landmark Miller v. Alabama ruling which forbids mandatory life without parole (LWOP) sentences for people convicted of homicide when they were minors, Michigan shamefully leads the nation as the state with the largest number of people still serving the extreme sentence.

In 2012 the nation’s high court ruled that trial courts now had discretion whether to impose a LWOP or term-of-year sentence in cases. Previously the only option Michigan courts had when sentencing a juvenile convicted of certain homicide offenses was LWOP.

The decision meant the nationwide cases of all 2500 people sentenced to LWOP when they were children (“juvenile lifers”) had to be reviewed by their respective trial courts to determine whether the individuals are capable of change and rehabilitation.

The U.S. Supreme Court held that only rare juvenile offenders who are permanently incorrigible, wholly incapable of change, and for whom rehabilitation is impossible for the remainder of their lives can receive LWOP sentences. The court recognized the robust body of evidence that reflects children possess an enormous capacity for change and rehabilitation.

In Michigan juvenile offenders who can demonstrate they have the capacity for change and rehabilitation are entitled to receive term-of-year sentences with minimum terms ranging between 25 and 40 years (pursuant to MCL 769.25a).

Of the 367 cases of people in Michigan originally sentenced to LWOP when they were children, 250 have been resentenced. The overwhelming majority have received term-of-year sentences averaging 31 years and only six percent have received LWOP sentences again. Approximately 127 juvenile lifers still await to have their cases reviewed.

This year the Michigan Supreme Court and Michigan Court of Appeals have vacated the sentences of three of the 18 juvenile lifers who had been resentenced to LWOP. The primary reason appellate courts have cited for vacating the LWOP sentences is that trial courts provided no evidence to substantiate that the juvenile lifers are permanently incorrigible.

The Michigan appellate court rulings this year have been a response to trial court judges who have proven incapable of fairly reviewing and applying the law to juvenile lifer cases. They have betrayed the rule of law and their oath of office. Their decisions have been fundamentally unfair and fallen outside the range of reasonable and principled outcomes.

A 2016 dissenting opinion penned by the late conservative U.S. Supreme Court associate justice Antonin Scalia conceded that the requirements delineated by the nation’s high court to sentence a juvenile offender to LWOP “make imposition of that severe sanction a practical impossibility.”

In the nine-and-a-half years since the Miller v. Alabama court ruling seven juvenile lifers have died while awaiting resentencing hearings. One of them died of COVID-19 last year a month before his release date.

The COVID-19 pandemic has greatly complicated the campaign for juvenile lifers to be released and presents a persistently grave danger to their safety. To date an astonishing 82% of the entire Michigan prison population — 27,005 total — have contracted COVID-19. One hundred forty-five of them have succumbed to the infection.

The largest clusters of COVID-19 have occurred inside the nation’s prisons. Overcrowded housing units, eating in congested cafeteria-style dining halls, and using the same unsanitary bathroom and shower areas have transformed prisons into microbe factories and biological contagion tinderboxes.

The majority of juvenile lifers have already spent decades behind bars. Keeping them incarcerated is endangering their lives and putting them at a tremendous risk of perpetual exposure to COVID-19 in an environment from which they are unable to protect or extricate themselves.

Any parent or reasonable adult understands that children are not miniature adults, nor do they understand the long-term consequences of their actions. This applies to both positive and negative behavior. They figure out their way through life by trial and error which can sometimes result in making reckless decisions.

Research shows that imposing extreme sentences on children is an ineffective deterrent to crime or repairing the harm it causes. Everyone agrees that youthful offenders deserve accountability. However, a fair and principled approach to justice requires ensuring the punishment is proportional to the offender. This is best accomplished by utilizing the juvenile legal system, which since its inception in 1899 has considered the unique characteristics of children when weighing the consequences of their actions.

Condemning people to die in prison for crimes they committed when they were children ignores the human potential to change and the concept of redemption. It also engenders a throw-away culture that permits the state-sanctioned disposability of human life. Espousing this draconian position makes the legal system no better than the criminal actions it is designed to deter.

“[P]eople do not exist in an eternal moment … [they] are constantly changing their minds, projecting new actions into the world, learning and growing. We cannot reduce them to one moment only, to one crime or one good deed.”

Youthful offenders should be afforded the opportunity to demonstrate they have been rehabilitated and can make better choices. And when they do they should be allowed a second chance at freedom, citizenship and life.

Children under the laws of our state are disallowed from voting, purchasing tobacco or alcoholic beverages, or being married without the consent of their parents — all this is largely due to their immaturity and limited life experience. As one often quoted court opinion states, “[i]t seems inconsistent that one be denied the fruits of the tree of the law, yet subjected to all of its thorns.”

In Michigan children under the age of 18 aren’t even allowed to visit anyone in prison without an adult, but the law allows them to be caged there for the rest of their lives. This is woefully illogical and incongruent with common sense.

Before the Miller v. Alabama ruling, six states prohibited LWOP sentences for children. Since that time 25 additional states have abandoned the practice or have no juvenile offenders serving the sentence in their states.

As the nation is learning more about the advancements in the study of brain and behavioral development in children it is trending away from extreme punishment for juvenile offenders which reflects the evolving standards of decency that mark the progress of a civilized society.

Michigan lawmakers need to pass legislation which bans LWOP sentences for juvenile offenders. Allowing LWOP sentences to remain on the menu of punitive options is empowering rightwing activist judges to continue making a mockery of the criminal legal system by defying higher court rulings and legislating from the bench.
It’s long overdue that lawmakers embrace forward-thinking legal policies that focus on healing and rehabilitation. They must answer the call to join the 31 other states that have rejected the dark fatalism of sentencing juvenile offenders to be banished to penal tombs.