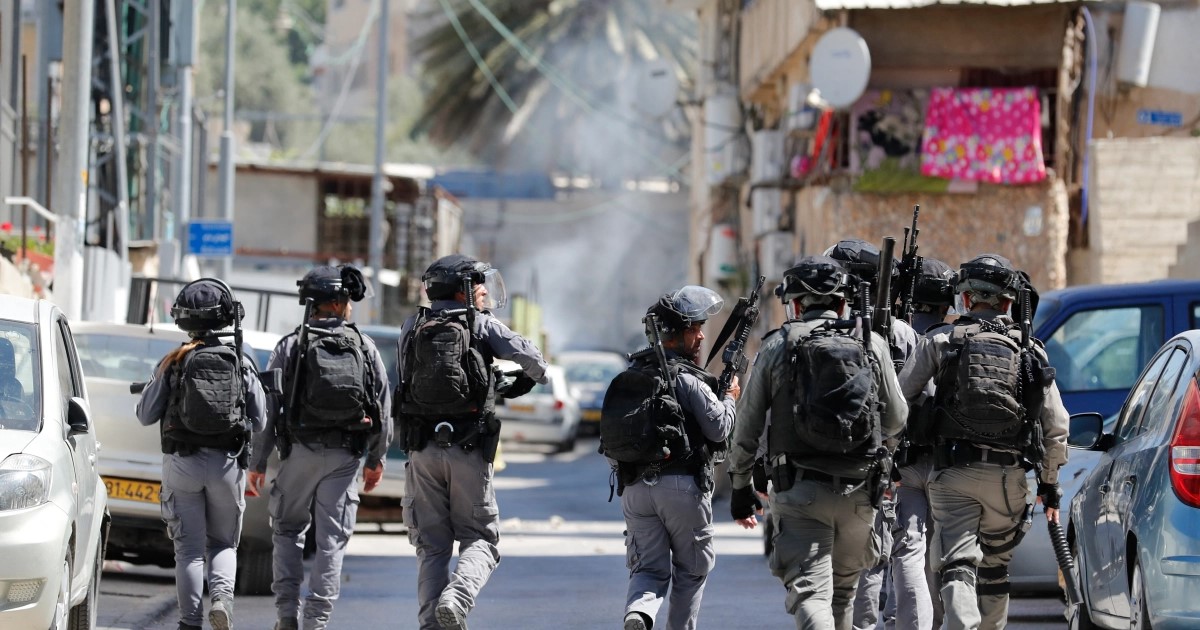 [THE FOLLOWING NOTES are a very sketchy primer. It is not a detailed historical analysis nor a discussion of the Palestinian liberation struggle. The readings cited at the end provide some background and insight on these critical subjects.]

1) Zionism is often called, by its proponents, “the national liberation movement of the Jewish people.” That claim is not only false, but nonsense. Jews of the world constitute partially overlapping communities loosely connected by historical experience, culture and what used to be common religious practices — or memories of common practices. There is certainly such a thing as Jewish identity (or identities), but nothing like global nationality: the Jewish people of the world aren’t a nation or any kind of collective political entity.

Additionally, the Zionist movement didn’t aim to organize the Jewish population against its oppressors, but to transplant Jews to a different place (often in fact with the assistance of those same oppressors). Out of this plan came another absurd ideological claim that Palestine was “a land without a people for a people without land.”

Zionist leaders themselves knew perfectly well that Palestine was inhabited — but in the ethos of 19th and early 20th century colonialism, they considered its population to be so “backward” and without culture as to be of no importance. In the same spirit, the European Zionist leadership also looked down on the Mizrahi (Middle Eastern and North African) Jews, who from the early period of Zionist settlement through the establishment of the state were recruited as a source of labor, in preference to hiring Palestinian Arabs.

2) Although Zionism isn’t and never was a “national liberation movement,” it WAS very much an outgrowth of 19th century European nationalism. In eastern and central Europe, rising nationalist movements both set an example, and often made life increasingly difficult, for Jewish populations. In particular, there was a Jewish nationality in 19th century eastern Europe, oppressed and economically distressed and periodically subjected to violent attacks. (This disaster developed for complex historical reasons from the middle of the 17th century, particularly following the disintegration of the medieval Polish kingdom where Jews had been protected and lived reasonably comfortably.)

Under the Russian Tsarist regime, Jewish life also deteriorated disastrously in the late 19th century. This crisis created a fertile ground for nationalist as well as socialist, anarchist and liberal ferment.

In this context, Zionism arose as a nationalism of a peculiar type, aiming to transplant a population rather than liberate it on its own soil. It was bitterly opposed by the progressive Jewish nationalist movement in eastern Europe, the Bund, which envisioned Jewish liberation as part of an overall social transformation; by Jews in the broader Russian revolutionary movement; and by Jewish liberal currents and by rabbinical authorities.

3) Although a minority movement, political Zionism — the quest for an “independent Jewish state” in Palestine — from its inception was attached to the search for colonial sponsorship. It was able to supersede other Zionist visions such as a Jewish spiritual homeland or binational state. (When we say “Zionism” today it means statist political Zionism unless otherwise specified.)

This dominant Zionist movement was also, inevitably, what we now call a colonial-settler enterprise. Its historic leaders — from Theodore Herzl  to the “leftist” Ben-Gurion and militant rightwinger Vladimir Jabotinsky — were neither ashamed of this, nor shy about it. Zionist settlement and the incremental takeover of Palestinian land was enabled and protected by British colonialism under the post-WWI “mandate” period (the 1920s up to 1939) — always against Palestinian protest and resistance.

4) Prior to WWII Zionism remained very much a minority movement among Jews in Europe and globally. The Nazi genocide, and the post-WWII re-division of the world, changed everything — and not only in Palestine, of course. In the war’s aftermath, hundreds of thousands of stateless Jewish refugees from Europe ended up in Palestine, some by choice but many because all other options were closed to them. The chaotic end of the British Mandate, along with a hasty and ill-conceived United Nations “partition” plan, resulted in the unilateral declaration of the State of Israel, war, and the ethnic cleansing of 750,000 Palestinians between 1947-49. Large-scale immigration of Jews from Arab countries also followed in the 1950s in the context of nationalist upheavals there.

The victory of Israel in the 1948 war was not “a miracle against all odds” but rather a result of superior military and political organization, effective mobilization of the Yishuv (Jewish population), superior weaponry after an arms shipment from Czechoslovakia early in the fighting — and detailed advance planning for the destruction of hundreds of Palestinian villages and expulsion of their inhabitants.

5) From 1948 to 1967 to the present, a series of wars, further ethnic cleansing, and after 1967, settlements in the West Bank (and until the early 2000s, Gaza) shaped the further evolution of the Israeli state. Israel’s overwhelming military superiority, fully backed and guaranteed by the United States, has been an established fact for over half a century. Until 1977, its politics were dominated by the Labor Zionist establishment; since the mid-1980s, Israel has followed the model of unabashed neoliberal capitalism, leaving behind its early “socialist” pretensions and becoming a hugely unequal society.

Israel’s 1948 declaration of independence had promised a democratic society without communal or religious discrimination. Reality has made that promise increasingly a dead letter, culminating in the “nation-state of the Jewish people”  law, passed as a “basic law” with the equivalent of constitutional status. (Israel has never adopted an actual Constitution, partly because it claims to represent Jews of the whole world, not only its own citizenry.)

There are hundreds of discriminatory laws and practices that make a mockery of the idea of the “Jewish and democratic state” that Israeli hasbara (propaganda) claims it to be. The present ethnic cleansing of East Jerusalem Palestinian Sheikh Jarrah and Silwan neighborhoods is among the latest examples.

In short, it’s impossible to hide the reality that Israel today is an overtly Jewish-supremacist state, with many features of apartheid although of course it’s not identical to the South African example. This is the product of what Professor Rashid Khalidi calls “the hundred years’ war on Palestine.” Whether the Zionist enterprise might have produced a different outcome is a matter of speculation, but that can’t distract today’s social justice and solidarity movements from facing the actually existing “facts on the ground.”

That’s why an increasing proportion of the U.S. population, particularly younger folks including Jewish Americans, have become critical of unquestioning U.S. military and political support of Israel, and why the BDS (boycott/divestment/sanctions) movement in support of Palestinian rights has grown dramatically in the United States and internationally. And it’s why the Israeli government is trying to use U.S. courts and Congress to criminalize the movement.

6) It’s also a matter of speculation whether a “two-state solution” might once have provided at least a partial resolution of the tragedy. Israel’s de facto absorption of the post-1967 Occupied Palestinian Territories, aided and abetted by U.S. policies, has wiped out that possibility although it remains a staple of time-wasting diplomatic rhetoric. The real-life situation is a single colonial-apartheid state with two nationalities, an Israeli-Jewish oppressor nation and the oppressed Palestinian nation

It’s absolutely necessary to support all struggles that point toward equal rights for Israelis and Palestinians within the Israeli state, including BDS, and all struggles against what Human Rights Watch accurately calls Israel’s “crimes of apartheid and persecution.” From a socialist perspective, however, there is no short-term “solution” especially within the borders of this small territory.

We believe that a socialist transformation will be needed in order to tear down the state structures of oppression and racism that political Zionism has created — which are now inextricably intertwined with Israeli and regional capitalism — and to open a future of national equality, democracy and freedom from oppression for Arab Palestinians, Jewish Israelis and minority communities in historic Palestine.  We offer no “blueprint” for how those peoples will freely construct their own future.

We do believe that it will require a revolutionary democratic transformation of the Middle East region, no matter how permanent the forces of imperialism and reaction may appear today.

Ilan Pappe, The Ethnic Cleansing of Palestine. One World Oxford, 2006.

Gilbert Achcar, The Arabs and the Holocaust. The Arab-Israeli War of Narratives. Metropolitan Books: Henry Holt and Company, 2010.