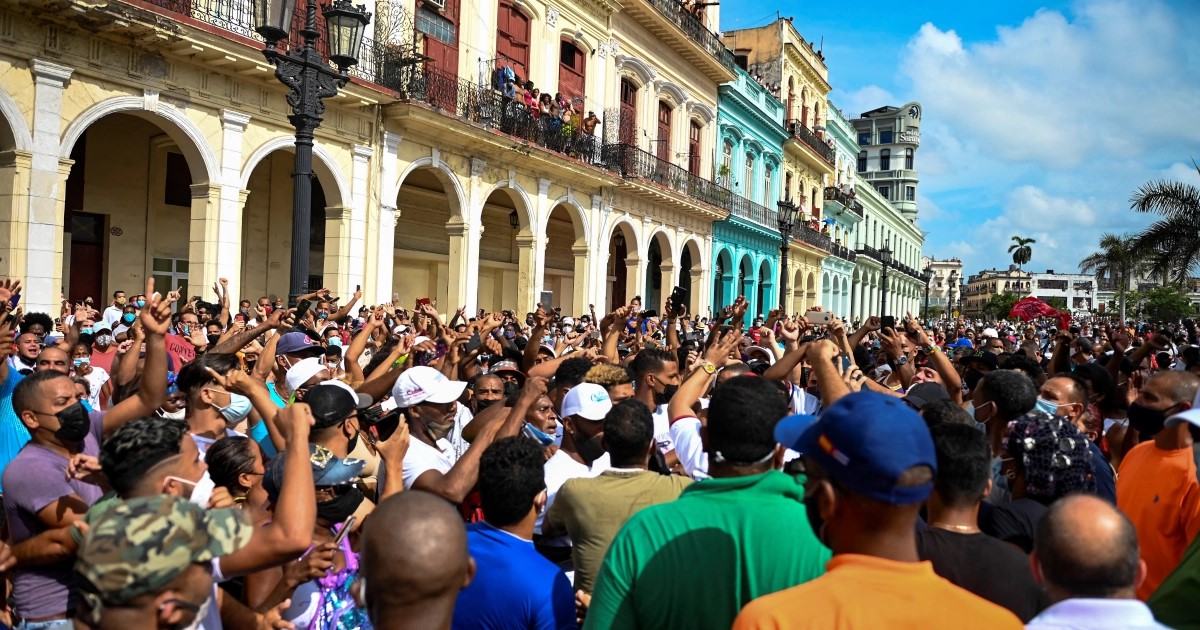 ANYONE WHO BELIEVED that in the arena of imperialist foreign policy at least, the Biden administration would be an improvement on the rampages of Trump, has come in for some rude awakenings. Biden’s no better and in some ways worse.

Far from easing the additional sanctions that Trump’s gang imposed on Cuba, Venezuela and Iran, Biden has maintained and even doubled down on them. Amidst a resurgent pandemic, these measures are not only cynical but sadistic — blocking Cuba’s access for example to syringes to administer its own effective COVID-19 vaccines.

In the Iranian case, “crippling sanctions” (as U.S. officials have boastfully called them) serve to strengthen Tehran’s most reactionary and vicious factions who oppose returning to the multinational nuclear deal, negotiated by the Obama administration, that Trump dynamited.

Most galling perhaps is that Biden’s preserving those savage punitive sanctions on Cuba and Venezuela isn’t even driven today by imperialist “regime change” fantasies, but by pandering to rightwing forces in exile communities in Florida and a couple other states — a futile gesture anyway, as those elements are firmly committed to the Trumpster Republican Party.

While Washington’s rhetoric about “the democratic desires of the Cuban people” is as sickening as it’s been for six decades now, it’s also true that the July 11 eruption of protests in Cuba shines a harsh light on an undeniable fact — a substantial part of the Cuban population is deeply alienated from the government, and no longer frightened into silence by fear of repression.

It’s a result of complex multiple factors including the collapse of tourism, food insecurity, and growing inequality within a “dollarized” economy that tends to affect Black Cubans more severely than the average. The criminal U.S. blockade causes severe damage, but so does what longtime Cuban-American socialist author Samuel Farber argues “lies at the very heart of the Cuban economic system: the bureaucratic, inefficient and irrational control and management of the economy by the Cuban government.”

The socialist left has a two-fold obligation: First and always, we must speak out in petitions and protests against the cruel and cynical blockade policy, joining with all others who share our opposition. Second, as revolutionaries in the tradition of models like Rosa Luxemburg, in our own name we should support the rights of the Cuban people to a workers’ democracy — just as we stand for principles of human rights, democracy and social justice everywhere — and not leave that issue in the hands of the hypocritical right wing. We insist that the defects of the revolution are to be rectified by the Cuban people themselves.

“In View of the Popular Mobilizations in Cuba and Imperialist Aggression,” statement by the Executive Bureau of the Fourth International, July 27, 2021, https://fourth.international/en/566/latin-america/353.