Critique of Modern Barbarism:
Essays on fascism, anti-Semitism and the use of history
By Enzo Traverso
Second Edition, 2020, International Institute for Research and Education,
Amsterdam, 302 pages, $24 paperback. 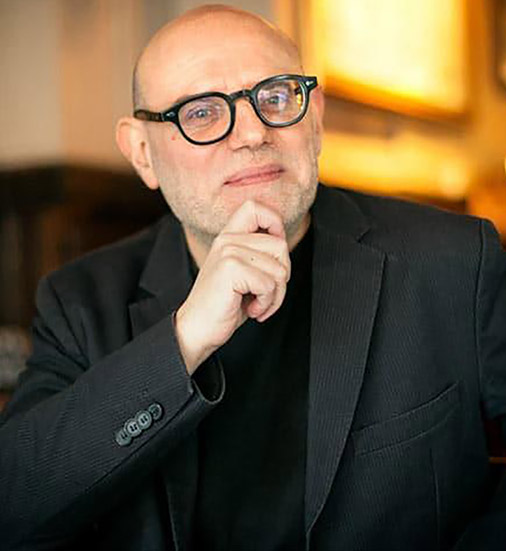 THE NOTION THAT history moves on an inevitable trajectory towards ever-greater Progress is a hallmark of many philosophies of the Modern West. Marxism, of course, was no exception to this: Marx himself asserted that the development of capitalism had some liberatory aspects compared to medieval European serfdom, and saw it as a catalyzing force towards the expected result of socialism.

Even though postmodernism has made the notion unfashionable in the Academy, the sense of the inevitability of Progress is still quite common, whether we’re talking about the “I believe that we will win” activist cheer, the frequently trotted-out quote from Martin Luther King, “The arc of the moral universe is long, but it bends towards justice,” or the redemptive hope that many put behind the extra-planetary aspirations of Elon Musk and his ilk.

But what becomes of this belief in guar­an­teed Progress when the signs of the present point more towards utter chaos and destruction, as in the case of the Holocaust? When the very tools of modern progress that ought to contribute to an increase in human prosperity, advanced technology, sophisticated social organization, attitudes of futurism and lofty ideals regarding the collective good — instead are deployed for genocide, political repression, and other forms of violence and control?

We can cling to the linear model of Progress, finding ways to explain this violence — as either a dialectical stage in the coming eventual utopia, or a regression into an earlier stage of civilization, i.e. “barbarism” — or instead realize we may need to rethink this model entirely. What should we choose? And what have our forebears chosen?

This line of inquiry underlies Enzo Traverso’s Critique of Modern Barbarism, an expansion of Traverso’s earlier work Understanding The Nazi Genocide: Marxism After Auschwitz (Pluto Books: 1990). Rather than presenting a singular argument, this book is a constellation of essays, articles and book reviews that explore various aspects of historiography of the Holocaust from a Marxist lens.

“The red thread that connects them,” Traverso writes in the book’s Foreward, “is the relationship between Marxism, anti-Semitism, and the Holocaust… Rather than a monolithic theory, Marxism appears in these pages as a plural current of critical thought shaped by tension and contradictions, a source of both illuminating intuitions and dramatic, sometimes tragic incomprehension.” (9)

Informed by the critical, heterodox traditions of Western Marxism (best represented by the likes of Walter Benjamin historically, and today, perhaps, by Traverso’s own teacher Michael Löwy), Traverso charts the histories and interrogates the follies committed by scholars and interpreters of all streams, be they mainstream scholars, Marxist intellectuals, or pop culture.

The Challenge of Auschwitz

Traverso poses the central problem: “Rereading Marx after the catastrophe, in the shadow of Auschwitz, is not a pointless task, because the gas chambers raise questions about the intellectual tradition of which he was the founder.” (36)

We learn of how “Auschwitz” comes to serve as the go-to symbol for the Holocaust only long after the war years, whereas initially the Jewish genocide was seen as only a part of the Nazi onslaught that destabilized all of Europe, not just its minorities. (58)

We learn also how mainstream analyses that posit the utter uniqueness of the Holocaust fail to consider its context in the world of 20th-century violence, while the neglect of the uniquely irrational character of the genocide (that Jews, Roma and others were being purged even when it meant inhibiting the efficacy of the Nazi war effort) serves to apologize for Nazism by framing it as equivalent to other violence. (124)

And with Traverso we explore how even the more lucid of postwar Marxist thinkers, like Ernest Mandel, have come up short in making sense of Nazism by emphasizing economics over ideology as its driving force. (229)

Because Traverso details and responds to large swathes of 19-20th century Euro­pean history and refers to a galaxy of diverse thinkers of Marxist and non-Marxist schools of thought, it’s worth reprinting a key passage to reveal Traverso’s overarching project. Namely, that the Holocaust and the failure of mainstream Marxism to adequately grapple with its impacts should be understood as a call for a paradigm shift amongst socialists:

“Along with the idea of progress, Auschwitz disposed once and for all of the conception of socialism as the natural, automatic and ineluctable outcome of history. Auschwitz’s challenge to Marxism is thus twofold. First, history must be rethought through the category of catastrophe, from the standpoint of the defeated. Second, socialism must be rethought as a radically different civilisation, no longer founded on the paradigm of the blind development of the forces of production and the domination of nature by technology.

Socialism must be based on a new quality of life; a new hierarchy of values; a different relationship with nature; egalitarian relations among sexes, nations and ‘races’; and social relations of sisterhood and solidarity among peoples and continents. This means reversing the line of march followed by the Western world for several centuries. It means jettisoning the naive optimism of a way of thinking that claimed to be the conscious expression of the ‘movement of history’, and of a movement that believed it was ‘swimming with the tide’. It also means restoring socialism’s utopian dimension.” (40)

Not only are we thus called to rethink our faith in the notion that capitalism’s “seeds of its own destruction” will surely bear fruit, Traverso insists that we envision the socialist world we’re fighting for, lest we replicate the harms of the status quo.

Some of the stand-out essays in this collection include Traverso’s exploration and rejoinder of Sartre, whose 1946 text Anti-Semite and Jew reveals the immediate inscrutability of the Holocaust in Sartre’s neglect of contemporary Jewish genocide in favor of an older model of medieval European Jew-hatred; his critical appraisal of Norman Finkelstein’s 2000 polemic The Holocaust Industry as simultaneously worthwhile yet sloppy; and in his concentrated mapping of Marxist Holocaust historiography in Chapter 10’s “On The Edge of Understanding: From the Frankfurt School to Ernest Mandel.”

This chapter expands upon the potent work of his earlier book The Jewish Question: History of a Marxist Debate (2nd ed, 2018), but rather than exploring the likes of Kautsky, Luxemburg and Trotsky, instead focuses instead on the post-Second World War attitudes of Walter Benjamin, Max Horkheimer, Theodor Adorno, and more.

As a layperson in the fields of this book’s focus, I found Traverso’s treatments of these various thinkers to be simultaneously expansive and accessible, enabling readers to understand with some nuance the various particulars of different takes on 20th century Marxian thought.

Why This Subject Matters

When the world is burning all around us, the importance of this kind of historical/ historiographical study may seem hard to pin down. I think, however, that the value of this collection — in addition to its important interventions in the field of Holocaust Studies, and its useful cataloguing of Marxist thinkers through history, particularly those of the Frankfurt School — is contained in the questions it raises about our own particular historical moment.

For example, it is worthwhile to understand not only the particular deficiencies of the postwar Marxists in understanding the impact of the Holocaust, but also as socialists today, the question of what current struggles we — like Sartre — are blinkered by our own positionality to fully grasp and engage.

Analyses and histories of BIPOC oppression in the United States written in 2021 may not — perhaps, cannot — make complete sense of the contemporary dynamics of police brutality and uprisings for Black Lives. We learn from Traverso’s treatment of Sartre that we ought to practice humility when it comes to issuing pronouncements about what is to be done and what is to come, and a sense of particular sensitivity to our blind spots.

Traverso’s takedown of the conviction that socialism is somehow natural or automatic pushes us to resist the similar temptation to see the growing socialist movement in the United States as an inevitable herald of lasting change for the better. The forces are always to be contested, and relying on faith in a transcendent idea of Progress — or even just couching our hopes in a perceived sense of momentum and movement — will only cede our victories to the other side.

As Traverso writes, the socialists of Weimar Germany’s belief in the inevitability of Progress led to an unwitting mischaracterization of the rise of Nazism, as a dialectical unfolding towards mass revolution, instead of one towards mass murder. We ought not make that same mistake with the current cropping-up of 21st century (proto)fascist currents in the USA and beyond, even if we are excited by the growth of the Democratic Socialists of America.

Finally, we must take to heart Traverso’s call that we restore the utopian and humane dimensions of socialist vision in our work. Our agitation and organizing efforts ought not be articulated (only) through the language of machinery and apparatus, “productive forces” and “economic determinism,” but through the language of possibility, thriving and new modes of joyful existence.

The Holocaust, just one of many cataclysmic demonstrations of the capriciousness of “Progress” in human history, calls us to recognize how unpredictable, malleable and adaptive humans are — for better and worse — and invites us to rededicate ourselves to investigate the potentialities of our time, and choose which is the future we wish to work for.

The question, still, is “socialism or barbarism,” but a straight answer is not in the cards. Critique of Modern Barbarism helps reveal just how complex it all can be.