DEMOCRATIC SOCIALISTS AND their allies now working in the Democratic Party will find The Socialist Challenge Today and The Greek Experienc very practical and instructive reading. Without passing judgment on democratic socialism as a viable political strategy, both books examine the inevitable challenges faced by this approach. Examples are drawn from recent experiences in the United Kingdom, the United States and Greece.

Sadly, The Socialist Challenge Today is the final work of Leo Panitch, the prolific Canadian writer who died in December 2020 after contracting COVID-19 in hospital where he was being treated following a cancer diagnosis. (An extensive memorial tribute by Vivek Chibber appears in Jacobin, December 22, 2020. See also “Leo Panitch and the Socialist Project,” posted at https://socialistproject.ca, December 26, 2020.)

Panitch and co-author Sam Gindin preface their analysis by differentiating between “social democrats” and “democratic socialists.” The specific reforms proposed by each are often similar, but social democrats are not disturbed if their activism ultimately strengthens capitalism by showing its ability to change.

An example of this orientation is Senator Elizabeth Warren’s insistence that her proposed reforms are essential for the health of American capitalism. Panitch and Sam Gindin further note that social democrats mainly speak for the working classes, rather than directly reflecting their views.

The reforms of democratic socialists are defined as meaningful when they are posed in a manner that they cannot be totally coopted, but in some manner, build class consciousness that challenges the existing capitalist creed. At their best, democratic socialists shape the content and nature of their reforms by being in constant contact with the working classes, becoming their voice rather than their self-appointed champion. 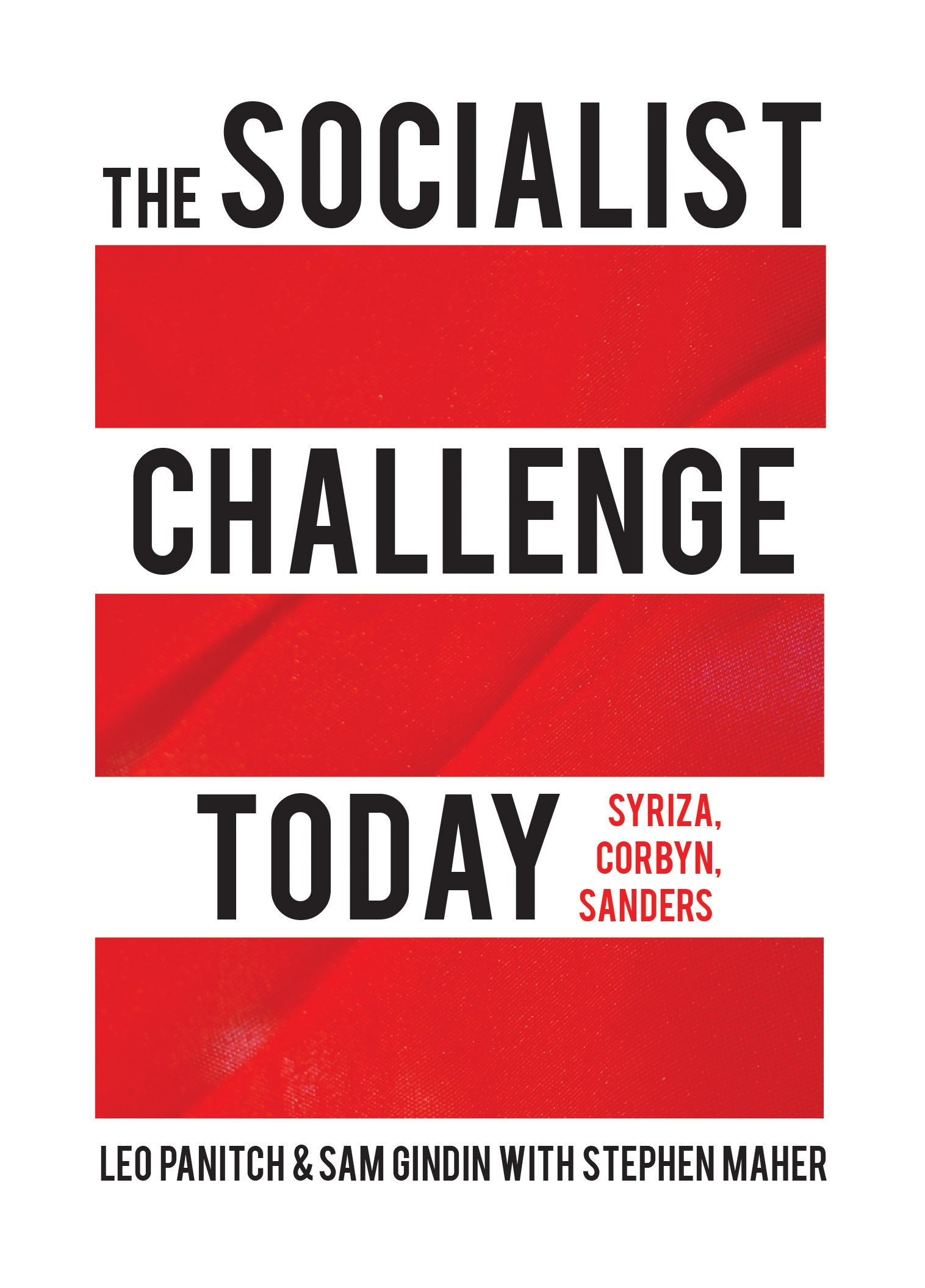 The Socialist Challenge gives considerable attention to the example of British Labour Party’s debacle in 2020. It notes that a solid democratic socialist agenda generated in tandem with Party locals had been very successful in the 2018 by-elections.

In the following two years, however, the factionalism of the Labour Party became vicious with militants less engaged in grassroots organizing and more focused on theories and personalities. (This notoriously included Labour’s right wing launching a smear campaign to drive out pro-Palestinian activists on the pretext of “anti-Semitism” — ed.)

Party leader Jeremy Corbyn, although holding on to formal power, was unable to forge a sense of unity and congeniality. Matters worsened when the public became aware he was not an effective public speaker. Corbyn and his faction spent most of the 2020 campaign in London, taking the vote of the traditional Labour strongholds for granted.

The factional divisions in Labour led to activists not listening to the sentiments of their own rank and file. They somehow missed the essential demand being made that there must be a resolution of Brexit — either in or out. Labour’s inability to take a position on the issue meant that if Corbyn prevailed, the UK would remain in an unacceptable limbo.

In the election, traditional Labour voters would drift to parties that had taken firm positions on Brexit. Panitch and Gindin cover other particular aspects of the election, but argue that the party leadership’s major failure was its inability to maintain a dialog with its core constituency.

The Bernie Sanders campaign is identified as a movement mainly built around a leading personality. In that sense it was more like Robert La Follette’s Progressive campaigns of the 1920s than Henry Wallace’s attempt to build an alternative party in 1948.

Sanders, the authors argue, was very effective in promoting a handful of crucial issues but proved unable to coordinate with grassroots movements. The exceptions were labor unions in California and Nevada that persuaded him to amend some particulars and rhetoric regarding his healthcare policies to solidify their support.

He proved unable to do so with other groups, most obviously African Americans in the South. Sanders also began to use the word revolutionary to describe his political program. This rhetorical hubris proved harmful as voters began to question his sense of what was possible and his ability to govern if elected.

Centrist Joe Biden, on the other hand, had decades-long interactions with African American communities in the South. He followed the advice of African American leaders in South Carolina with whom he had forged personal relationships.

Biden’s lopsided victory in the 2020 South Carolina Democratic primary enabled him to rally the Democratic center. Again, consulting closely with African-American leadership, he swept the Southern primaries and devastated any chances of a Sanders victory.

Post-election, Sanders and his allies have gained leverage in the Democratic Party. Some of their particular reforms will become law, but it will be in a Biden format designed to strengthen rather than question capitalism. In this regard, Panitch and Gindin see the current impact of the U.S. democratic socialists as not much different than that of social democrats.

What Happened in Greece

SYRIZA (Coalition of the Radical Left) as indicated in its Greek acronym is a loosely knit amalgam. It was founded by the former dissident left wingers of PASOK (the traditional Greek Socialist Party) and small but activist Leninist groups with Trotskyist, Luxemburgist and Maoist roots.

Critical to this unique coalition were massive public square town meetings where thousands of people voiced their views on all the major social and political issues of the day. SYRIZA won the national election of 2015 with the promise that unlike the established parties, it would resist the austerity measures that the European Union had imposed on Greece — and advance socialist reforms. 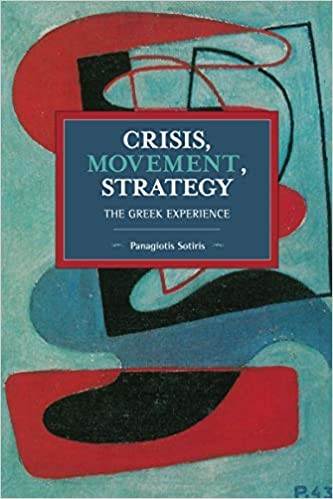 The twelve essays in Crisis, Movement, and Strategy: The Greek Experience plunge into the details of SYRIZA’s negotiations with the EU. Although some are marred by wretched academic jargon, each offers a compelling final evaluation that SYRIZA’s basic negotiation assumptions were naïve at best.

Prime Minister Alexis Tsipras and his economic minister Yanis Varoufakis are judged to have abrasive styles that masked their inexperience in formal foreign negotiations. Varoufakis believed once he presented the truthful realities of the Greek economy, the EU would agree that imposing austerity was not the best option.

SYRIZA also assumed that the activism of comradely groups in various EU nations would nudge their governments to cooperate with Greece. Its bottom line was that if it could not win concessions, Greece would become the first nation to leave the EU.

The Greek Experience essayists demonstrate how the fragile Greek economy is so entwined with EU financing that going alone would create even greater hardships than austerity had brought.

The EU bankers knew the economic facts in play just as well or better than Tsipras or Varoufakis. They cared little about Greece’s endemic corruption as long as they were able to make lopsided agreements that bolstered their manufacturing and financial infrastructure.

Nor were established governments going to make concessions to Greece that would fuel dissenting voices in their own countries. The EU was willing to call what it considered SYRIZA’s bluff regarding “Grexit,” as SYRIZA had no alternative financial assistance in place and had not educated the Greek public about the increased hardships Grexit entailed.

The end result of negotiations was a new stringent austerity package. Varoufakis described this Memorandum of Understanding as “a catalog of cruelty,” but had no economic Plan B to fall back on.

Tsipris decided the best political option was to save political face by calling for a national referendum where Greeks could vote yes or no to accepting the austerity package. Tsipras desired a yes vote, but wanting to reaffirm his image as a revolutionary, he opted for a cynical policy of vigorously organizing a no vote.

To the SYRIZA leadership’s dismay, their “for show” organizing efforts succeeded in winning a majority “No” vote. Knowing the nation was not prepared to go forward alone, the leadership ignored the referendum it had initiated and signed the agreement it had campaigned against.

Various factions of the party immediately withdrew from the coalition in what became a steady withering away of the SYRIZA base. Attempts to organize an “honest” coalition got meager response as most Greeks saw such efforts as punching the same keys and expecting a new outcome.

The conservative New Democracy, the party favored by the EU, won the next election handily and began to privatize as many national assets as quickly as possible.

SYRIZA contracted to mainly being supported by former Papandreou (PASOK leader — ed.) people and careerists. It has managed to at least temporarily remain the main opposition party by merging with other leftist parties with representatives in the Greek parliament. Its long-term viability, however, is in doubt as New Democracy’s privatization policies have brought billions of dollars into the failed economy, and the EU has eased repayment deadlines and made other concessions it had denied to SYRIZA.

The scholars in The Greek Experience underscore some factors about Greek public opinion that the Greek left often ignores. Despite rhetorical outbursts to the contrary, Greeks in general like being in the EU. They are delighted to be able to work easily in prosperous northern states and still be a short plane ride from home.

Nor are Greeks resentful of being considered a vacationland as long as tourism flows through communities as it does currently and is not overwhelmed by international corporations.

The Greek islands get considerable press, but tourism focused on Classical Greece is just as robust and brings considerable business to local restaurants, farmers, artisans and service workers. Considerable funds have gone to maintaining and preserving the ancient sites. A big bonus of such tourism is that it bolsters Greek pride in being the seedbed of western civilization, and reinforces its international prestige.

Despite the immediate economic improvement created by New Democracy, the Greek public remains unsettled with much of its agenda. The combined vote for all socialist parties continues to be at or about 50%, as it has been for decades.

Leftists thinking about how to form a new mass movement understand that if Greece is to avoid yet another future round of euphoria and bitter defeat, serious study and analysis of the SYRIZA experience is essential.