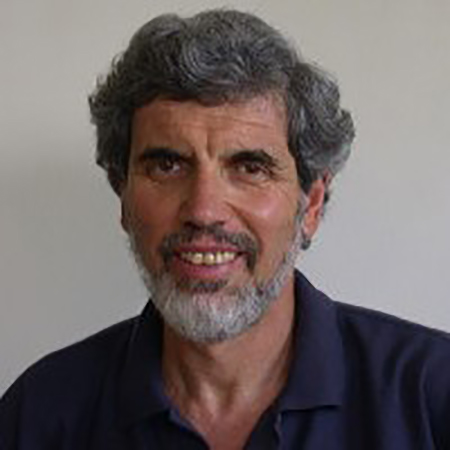 GADI TAUB IS the most prominent intellectual promoter of right-wing populism in Israel. With a PhD from Rutgers in American history, he is a published author of fiction and children’s books, a professor at Hebrew University, and a high-profile public intellectual.

This book, however, is not an academic book but a political manifesto, a catalog of populist tropes adapted to the Israeli context. The African asylum seekers (“infiltrators” for Taub) who had been coming illegally into the country between 2007 and 2012, and who now count about 30,000 people (0.3% of the Israeli population), are the equivalent of the Muslim immigrants who are threatening to turn Europe into an Islamic continent.

The “mobile” liberal elites are rootless cosmopolitans who abhor national uniqueness, are contemptuous of the “people” for being “sedentary” — attached to their country and national culture — and wish to establish a global state where bureaucratic “governability” will replace democratic politics.

Political correctness, aided by post-modernism and multiculturalism, supposedly bred identity politics, emptied the concept of truth of all meaning, and legitimated anti-Semitism.

Like populism in general, however, on the way to his absurd bottom line Taub goes through a number of steps that are not completely divorced from reality.

Liberalism and democracy: Fear of “the tyranny of the majority” was an essential element of liberalism until the 20th century. Only when it was assured of its cultural hegemony did liberalism embrace democracy and become practically identical with it.

In the Israeli context, it was the late Yonathan Shapiro who coined the term “substantive democracy” — majority rule limited by individual and minority rights — to be distinguished from majoritarian democracy, which is merely procedural. Taub attributes the concept of substantive democracy to former Chief Justice Aharon Barak, and claims that it reflects the Supreme Court’s “fundamental and consistent opposition to democracy,” no less. (96)

Liberalization and empowerment of gate-keeping institutions: The process of economic liberalization, which began in Israel in 1985 with the so-called Emergency Economic Stabilization Plan, transferred power from elected institutions to non-elected ones such as the Supreme Court, the Bank of Israel and, most importantly, the Treasury bureaucracy.

The empowerment of these institutions indeed was meant to limit the ability of the opponents of economic liberalization to challenge it democratically. Taub, however, objects only to the empowerment of the political and judicial gatekeepers, not of the economic ones which have been promoting neoliberalism.

Neoliberalism and multiculturalism: Indeed they came together into the world — but not, as Taub claims, to dismantle the nation-state simultaneously from above and from below. On the contrary, Will Kymlicka, the first theorist of multiculturalism, sought to prevent the breakup of the Canadian nation-state which was threatened at the time by secessionist forces in Quebec.

Multiculturalism was adopted in many countries as a liberal-democratic alternative to the failing melting-pot policy of integrating minorities into the majority society. Identity politics came about because of the failure of multiculturalism, not because of its success.

The democratic deficit: Neoliberal globalization indeed transferred to a great extent the locus of decision-making to multinational corporations and to non-elected or semi-elected international bodies such as the IMF, the World Bank, and the European Union.

A symbolic reaction to that was the burning in 2012 of a building in Athens that used to house the Gestapo, in reaction to the cruel austerity measures imposed on Greece nominally by the European Union, but really by Germany. And in Britain, of course, the slogan of restoring popular sovereignty moved enough people to vote for Brexit.

As a rhetorical device of political mobilization, populism’s appeal is based on a double exclusion of “us” versus “them:” externally by ascriptive criteria of ethnicity, religion, place of birth, etc. and internally by class — “elite” vs. “the people” — or even by political position.

Thus Trump: “American Jews who vote Democratic are traitors to their country — Israel,” or Benjamin Netanyahu: “The Israeli Left forgot how to be Jews.” For Taub, surprisingly, the external enemy is not the Palestinians, but the African asylum seekers. Why not the Palestinians?

It can be assumed that Taub preferred to avoid the unpleasant historical questions that could have arisen if he had cast the Palestinians as the external enemy. The internal enemy is, of course, “the elites,” particularly the judicial elite.

The book’s most significant chapter is the one dealing with the judicial system. Taub’s main argument is that under chief justices Meir Shamgar (1983-1995) and Aharon Barak (1995-2006) the Supreme Court, by adopting judicial activism, inserted itself into areas of social life where it had no place to be. As Barak had stated: “everything is justiciable.”

This process was enhanced in 1992, with the passage of two “basic laws” with the equivalence of constitutional status in the Israeli system: Human Dignity and Freedom and Freedom of Occupation.

Although these two laws were very weakly entrenched, they were enough to enable the Court, in its famous 1995 Mizrahi Bank decision (Israel’s Marbury v. Madison, infamous to the Israeli right wing), to assume the authority of judicial review of primary legislation of the Knesset.

With that decision, Taub claims, the Court usurped the sovereignty of the people. In 2018 the Court went even further, agreeing to consider appeals against the so-called “Jewish nation law” (Basic law: Israel — the Nation State of the Jewish People), thus potentially passing judgment on the constitution itself, on the basis of “the fundamental principles of the system” — a concept that Taub abhors.

The intuitive identification of the popular will with legislation enacted by the people’s representatives is quite common, but needs to be considered a little more carefully. The representatives usually face their constituents only once every few years. During their terms they act on the basis of their evaluation of the common good, in the best case, and under the influence of lobbyists of various kinds in the not-so-good cases.

When a constitutional court reviews primary legislation it does so according to the constitution, which was supposed to express the popular will at the time of its adoption, and in Israel according to the Basic Laws enacted by the Knesset itself. The constitution, obviously, needs to be interpreted to fit the particular case at hand, and that interpretation is done in accordance with the court’s understanding of the fundamental principles of the system.

What makes it so clear that the fundamental principles of the system, such as equality before the law, for example, are less expressive of the popular will than the particular piece of legislation under review by the court?

In addition to Taub’s outlandish claims that are nonetheless somewhat connected to reality, there are also some arguments in the book that border on the bizarre.

Although he admits that Muslims constitute slightly more than one percent of the American population, Taub is convinced that they pose a grave danger to American Jews, who will shortly have to hide their kippot, and to the United States as a whole. (202)

He also admits that so far all terror attacks on U.S. Jewish institutions have been motivated by “extreme right-wing anti-Semitism,” but still insists that “the danger to the future of American Jews coming from the other side of the political spectrum is graver by several orders of magnitude.” (189)

In the context of this discussion, he also describes Donald Trump as “the most philosemitic President in U.S. history.” (203) This is the same Trump who said that among the demonstrators who marched in Charlottesville, Virginia, with swastikas and chanted “Jews will not replace us” there were “very fine people — on both sides.” Luckily for Taub his book was published before Trump unleashed his followers on the U.S. Capitol.

In contrast to Trump, under the Obama administration left-wing anti-Semitism was allegedly legitimated. Obama’s famous speech in Cairo in June 2009 expressed the idea, Taub claims, that “under the cover of respect for the other’s culture … religious fundamentalism, violent chauvinism, political or racist terror, and even sweeping declarations about the need to destroy the entire West” should be tolerated. (46)

Obama’s policy, not the 2003 American invasion of Iraq, is said to be responsible for the tragic collapse of the state and society in Syria and Iraq.

Taub’s vision for Israeli society is hard to decipher: After listing all the bad perpetrated by the liberal elites, the book does not have a concluding chapter which would present his own conception of the good.

Between the lines one can learn that Jewish nationalism and popular sovereignty should be restored by restraining the judicial system and human rights organizations, and discarding the universalist values of the “mobile” liberal elite.

As for the cardinal political question facing the society — Israel’s relations with the Palestinians — aside from a passing reference to the “lies of Oslo” there is no indication what is the author’s preferred course of action.

Populism, I would argue, is not a coherent ideology but a rhetorical vehicle of mobilization for gaining political power. In the general elections held in Israel in March 2021, the fourth general elections in two years, the populists and anti-populists were deadlocked once again. Taub does not explicitly endorse a political party or candidate, but his sympathies, expressed in interviews and on social media, clearly lie with the populists and their leader, Benjamin Netanyahu.

In the populist struggle against the shaky anti-Netanyahu government formed on June 13, 2021, Taub will undoubtedly play a prominent role as house intellectual.