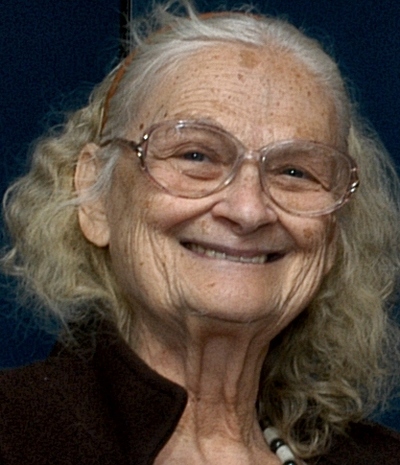 GWENDOLYN MIDLO HALL, now 92, has for 50 years been a noteworthy scholar of Western Hemisphere slavery, ever since the 1971 publication of her first book, Social Control in Slave Plantation Studies: A Comparison of Santo Domingue and Cuba. Her 1992 work Africans in Colonial Louisiana put her on the map of historians of American slavery and was followed by four more books with American settings, all of which are still in print.

This year she released her autobiography, Haunted by Slavery, and it’s not merely a journal of archival discoveries. About half is an account of her life before the 1990s, when she became a tenured academic.

Midlo was born in 1929 to the family of a Jewish attorney who was often vilified for his defense of labor unions and African Americans in Louisiana. She was an exceptional child who says that she refused to play with dolls, or accept them as gifts, because she saw them as instruments of genderizing.

By her early teens, she writes, “I was aware of the wide gap between the myths and the realities of the white supremacist world and how shallowly white people felt and how little they perceived.” Black liberation, and to a lesser extent feminism, were the motivations of the rest of her life.

At 15, she joined the New Orleans chapter of the American-Soviet Friendship Committee, “inspired by gratitude to the Soviet Union for stopping the Nazi invasion at Stalingrad.” Through the Friendship Committee she began meeting members of the Communist Party, but she was more enthralled by the bravery of the New Orleans Youth Council, an integrated local group that defied segregation.

In 1944 the Communist Party, which, if only in theory had been a revolutionary, Lenin­ist organization, dissolved and reconstituted itself as a social-democratic group. Midlo decried the change. “One result,” she writes, was that the Communists abandoned their insistence that all organizations be interracial … to avoid offending the sensibilities of white southerners.”

But within a year the Party reverted to “Leninism” and a fully anti-racist posture. She joined in 1946.

“I became a revolutionary in the Deep South at a time when few white people dared to oppose racism, and those who did most uncompromisingly were almost all Communists,” she says. “My experience in the CP of Louisiana was overwhelmingly positive… I was an enthusiastic, devoted teen-ager who had found the first and only society I felt comfortable in,” she adds.

Shortly afterward, the Party ensured her election to the executive board of the Southern Negro Youth Congress (SNYC), a broad front organization with goals beyond those of the Youth Council. To her displeas­ure, a few months later the national office of the CP ordered its New Orleans members to abandon the Youth Council, which it saw as a competitor to the SNYC.

Despite her irritation, Midlo remained with the CP, and in 1948, after participating in a successful campaign to get the Progressive Party’s candidate for the Presidency, Henry Wallace, on the Louisiana ballot, the CP dispatched her to work with volunteers from New York on a similar campaign in Atlanta.

Like many Party members in former Confederate states, she found her northern comrades insufferable. “…They were aggressive, self-righteous, and contemptuous of the South and of southerners,” she says.

During her youth, Midlo twice married men from the New Orleans Jewish community. The first of those marriages, when she was 16, was brief, but the second lasted for four years, most of them spent in Paris, where her husband took private lessons in classical piano but she was unable to enroll in college classes.

The couple returned from Europe in 1953 and Midlo rejoined the Party in New York. She took up work as a typist and legal secretary, but on job after job, the FBI informed her employers, who routinely fired her. Ultimately she found a refuge in short-time assignments from a series of temp agencies.

In 1955 she ran into Harry Haywood — the “Party name” of Haywood Hall — whom she had met at a Paris demonstration five years earlier. Both he and Midlo were estranged from their spouses at the time of their New York encounter and soon began cohabiting. In 1956 when their divorces cleared, they married, each for the third time.

Though Midlo was 26 and Haywood, 58, “Ours was a passionate political love affair,” she says. The marriage produced two children, a son in 1956 and a daughter in 1963.

Haywood was a legendary figure in the CP. Following in the footsteps of his older brother Otto Hall, in 1919 he had joined the African Blood Brotherhood, a socialist group that merged into the Party in the early ’20s.

A veteran of Chicago’s Red Summer, two world wars and the Spanish Civil War, Haywood was the leading advocate of creating a Black nation from dozens of contiguous Dixie counties where Blacks were a majority.

Midlo favored the scheme, which in 1928 the Communist International, or Comintern, had adopted as a call for referendum on Black Belt nationhood — as a right, not a recommendation. The referendum, of course, could not be held until after the United States was socialist.

According to the scripture that both its proponents and opponents shared, Stalin’s On the National Question, a nation was an entity that occupied a common territory and economic niche, had a common psychology and spoke a common language. Opponents of the idea, including Otto Hall, argued that African Americans didn’t speak a language unintelligible to other Americans.

More important by the 1950s were what we would today call “facts on the ground.” The second phase of the Great Migration was underway, as Blacks were moving from the rural South to industrial cities north and west.

Black veterans of World War II were pressing for essentially assimilationist reforms, and cotton production, which in 1928 had been the strong suit of the South, was moving to drier locales, where boll weevils were a lesser menace. In short, the Black Belt’s population was declining and few of its remaining residents relished the idea of living in a homeland whose heartland would have been Mississippi.

In Haunted, Midlo defends the Black Belt thesis as a concept that “forced the CP to take the African American struggle seriously indeed, especially in the South.” She and Haywood set about defending it in African-American and Party publications.

But in the meantime the CP’s kinship with the Soviets inserted an overriding controversy. In early 1956, Nikita Khrushchev had delivered a speech, “On the Cult of Personality and Its Consequences,” denouncing the late Stalin as a tyrant. The Chinese Communist Party and many members of the Foster faction of the American CP joined in condemning Khrushchev as “revisionist.”

Haywood took a leading role by forming a group called the Provisional Organizing Committee to Reestablish the Communist Party. It splintered and foundered within two years. Perhaps because he anticipated his expulsion and the removal of the Black Belt thesis from the Party’s program — both of which came in 1959 — he decided to take his family to Mexico City.

At the time Midlo had married Haywood, she says “I still didn’t believe I could accomplish anything important on my own — only by standing by my man.” As his wife, she had served as Haywood’s “typist, then his secretary, then his editor.”

Her Mexican surroundings apparently inspired a revival of her childhood feminism. Resuming her long-delayed pursuit of higher education while mothering her children, she won a BA in 1962 and two years later, an MA in Latin American studies, both from Mexico City College, today’s Universidad de las Ámericas, all the while working on a book manuscript for Haywood, “Towards a Revolutionary Program for Negro Freedom.”

Her account of that labor is not charitable. She charges that “Harry’s contribution to the writing process was to lie on the bed in the room where I was typing … occasionally opening one eye, not two, and saying ‘How is it coming, Gwen’?”

Midlo demanded a byline as a co-author of the work, but Haywood resisted until she told him, “You take the manuscript, I’ll take the kids.” Their estrangement lasted until Haywood’s death in 1985, though the couple from time to time spent weeks together and never divorced.

With the distancing of their personal lives came political disagreements, too. Midlo was shocked by the harsh treatment accorded professors during China’s Great Proletarian Cultural Revolution. Ultimately, she despaired of Marxism itself, she says, because “it reduced people to small cogs in a great wheel.”

Haywood left Mexico before 1965, when Midlo returned to the United States to accept a teaching job at Elizabeth City State College in North Carolina. She was ousted after a year because of renewed FBI meddling.

Midlo was unmoved by Haywood’s continuing activism — he joined the short-lived October League, chaired by former SDSer Michael Klonsky — and undeterred by the FBI. She moved her children to Ann Arbor and began work toward a 1970 doctorate in Latin American studies at the University of Michigan, which led into careers at Rutgers and Michigan State University.

A great part of her work was compiling and elaborating electronic databases on the American slave trade and its victims, useful to genealogists and today’s crop of the historians of slavery. She now lives with her son, a cardiologist named Haywood after his father, in the Mexican state of Guanajuato.