Infrastructure: Who Needs It? 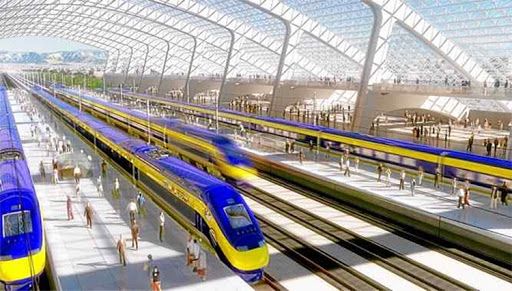 “INFRASTRUCTURE” IS ALL the rage, and not only just now. Trump talked about it, president Obama promised it, and so have administrations going back to the 1980s. Amidst the talk, the United States’ roads and bridges are crumbling, water and sanitation systems faltering, public health services  left in a condition that’s only been fully exposed in the coronavirus pandemic,...

Burma: The War vs. the People 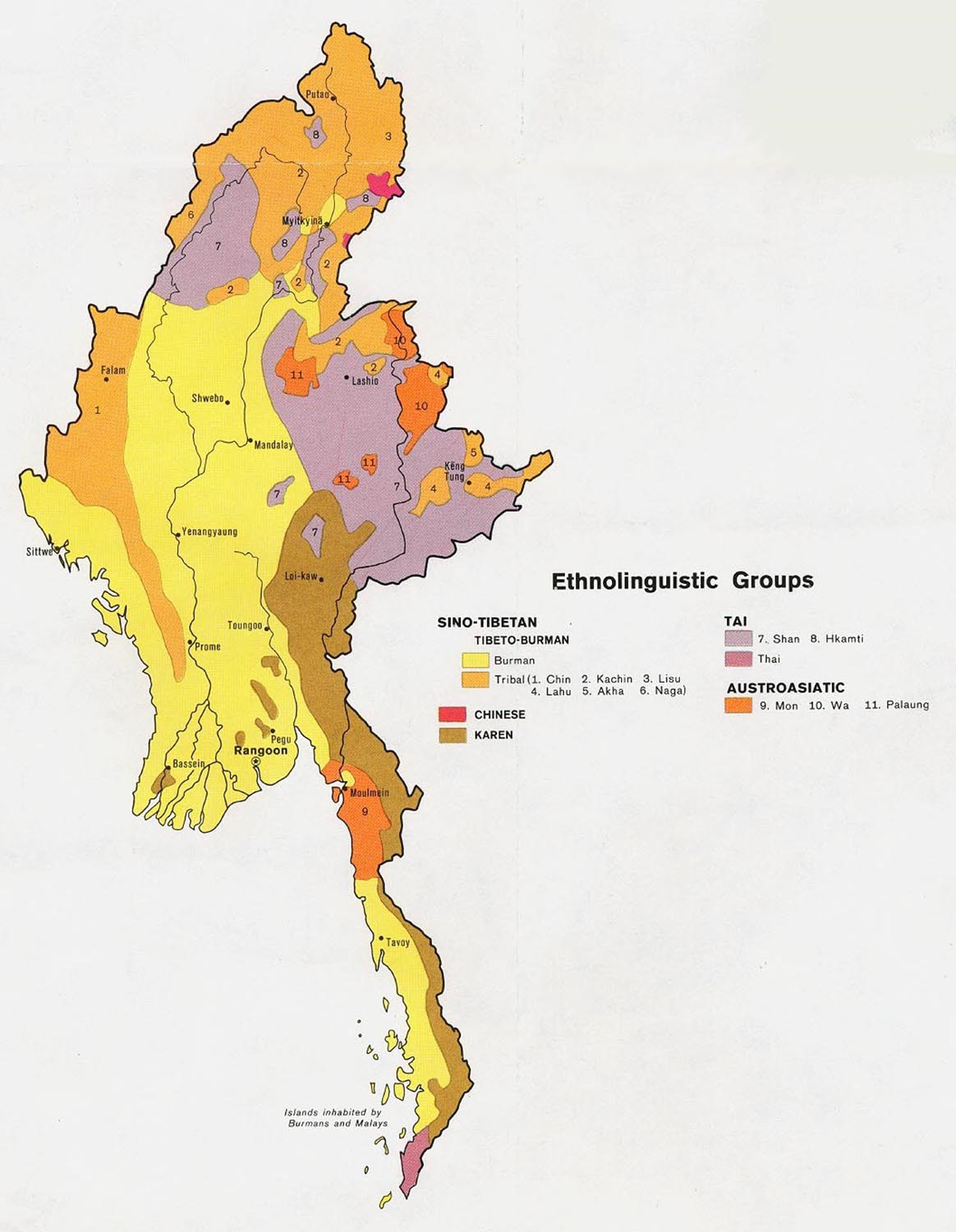 SUZI WEISSMAN conducted this interview with Carlos Sardiña Galache, the author of The Burmese Labyrinth: A History of the Rohingya Tragedy (Verso). He has recent articles in Jacobin and the Sidecar blog at NewLeftReview.org. He has a website. This interview, recorded on April 24, is on Suzi Weissman’s Jacobin Radio podcast), and has been edited for Against the Current.

Suzi Weissman: Since the military coup that overthrew the civilian government of Aung San Suu Kyi on February First, a massive civil disobedience movement has emerged. The economy has been paralyzed through strikes in key sectors. The military has been in power most of the time since the country’s independence from British colonial rule. What are the sources of this repressive form of rule?...

THIS BACKGROUND ANALYSIS and personal account by Professor Valentine Moghadam obviously was completed and published before the precipitous August offensive and conquest of Afghanistan by the Taliban. This is a truly bipartisan imperialist debacle, more than 40 years in the making under successive Republican and Democratic U.S presidencies, as well as a profound tragedy for much of the Afghan population, especially for women. We’ll be following and discussing the events and their meaning as they develop further. 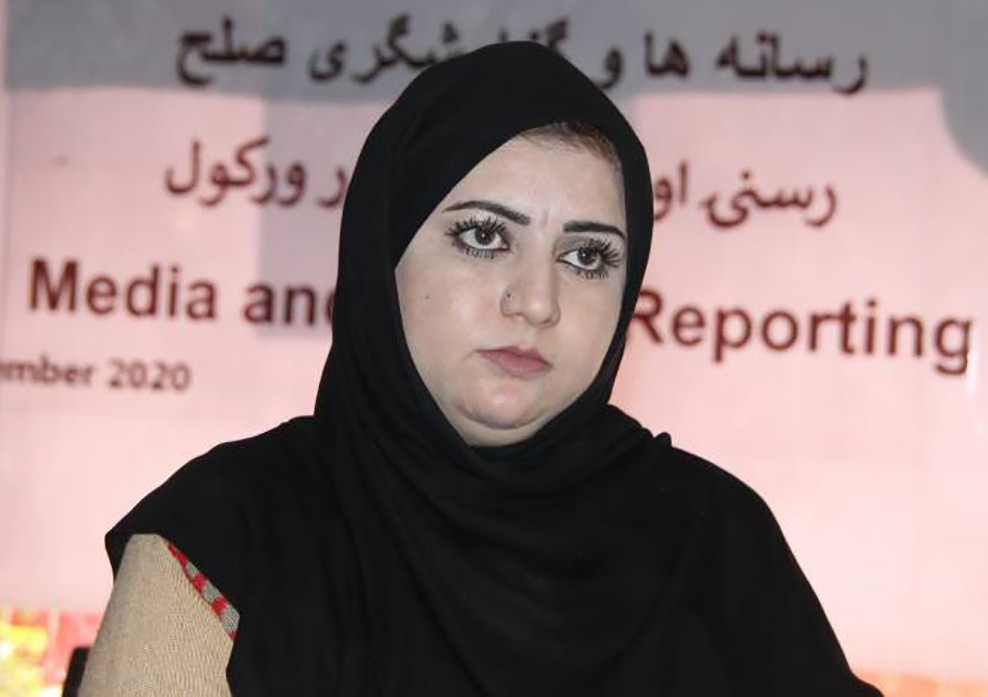 AFGHANISTAN HAS BEEN in a state of chaos since at least the Taliban resurgence in 2006 and the entry of the Islamic State group (Daesh) more recently. Assaults have been made not just on Afghan police units and U.S. military targets but also on prisons, schools, funerals and maternity wards across the country. In early 2017, the UN estimated that some 18,000 civilians had been killed since 2015 alone....

The Detroit Left & Social Unionism in the 1930s 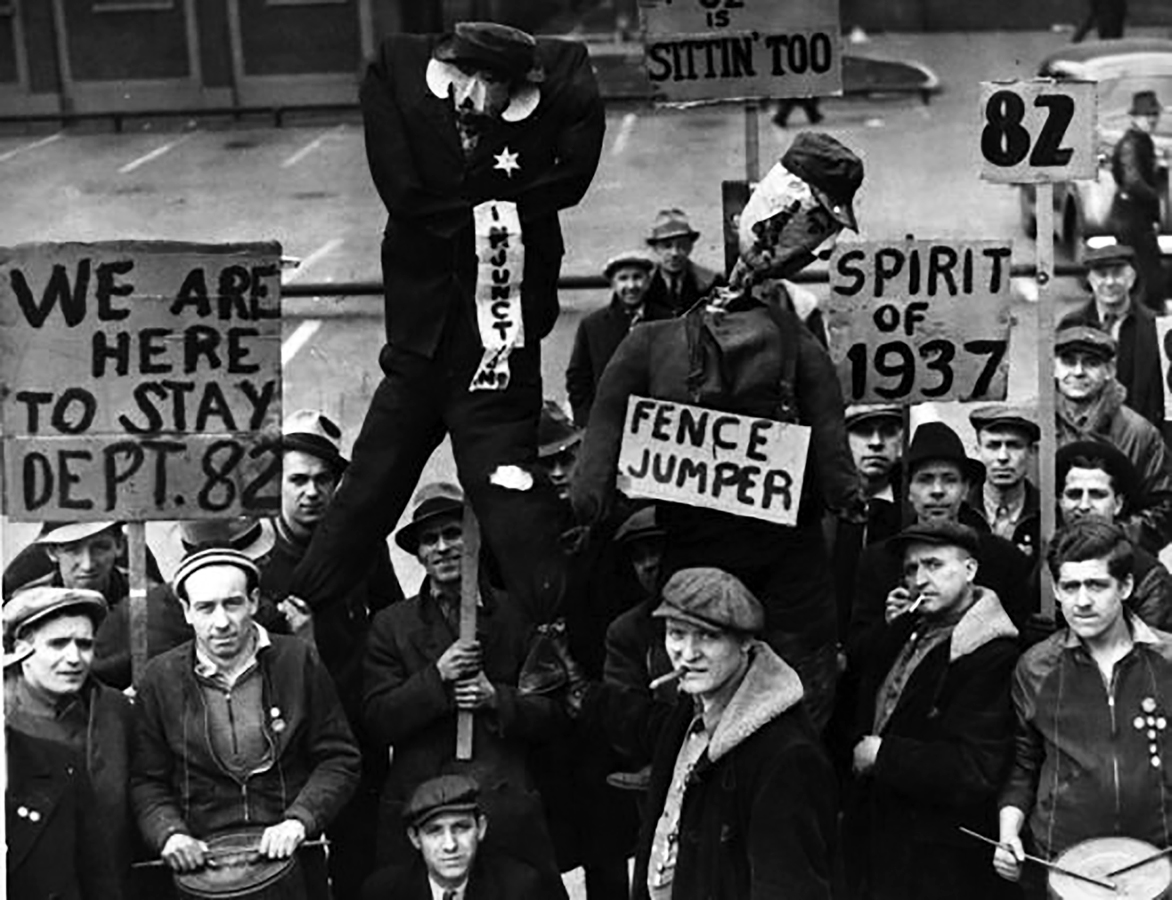 FOR LABOR ACTIVISTS pondering an uncertain future in the 2020s, there’s good reason to look back to the 1930s, a decade that began with the catastrophic collapse of organized labor and ended with the dramatic rise of a new movement. What can we learn from that stunning turnaround, heralded by the wave of sitdown strikes that swept across the nation in 1936-1937?

Nowhere was that social transformation more dramatic and far reaching than in Detroit, a city known in the 1920s as an exemplar of...

On the Left and Labor’s Upsurge: A Few Readings from ATC

THE HISTORY AND legacy of the U.S. left in labor’s 1930s upsurge, and its lessons for today, are subjects of huge bodies of research and debate. The following contributions, from varying perspectives, are among those appearing in Against the Current over many years, and can be found in the back issues at our website.

An extensive interview with Michael Goldfield, author of the recently published The Southern Key. Class, Race and Radicalism in the 1930s and 1940s, was conducted by Cory R. Melcher... 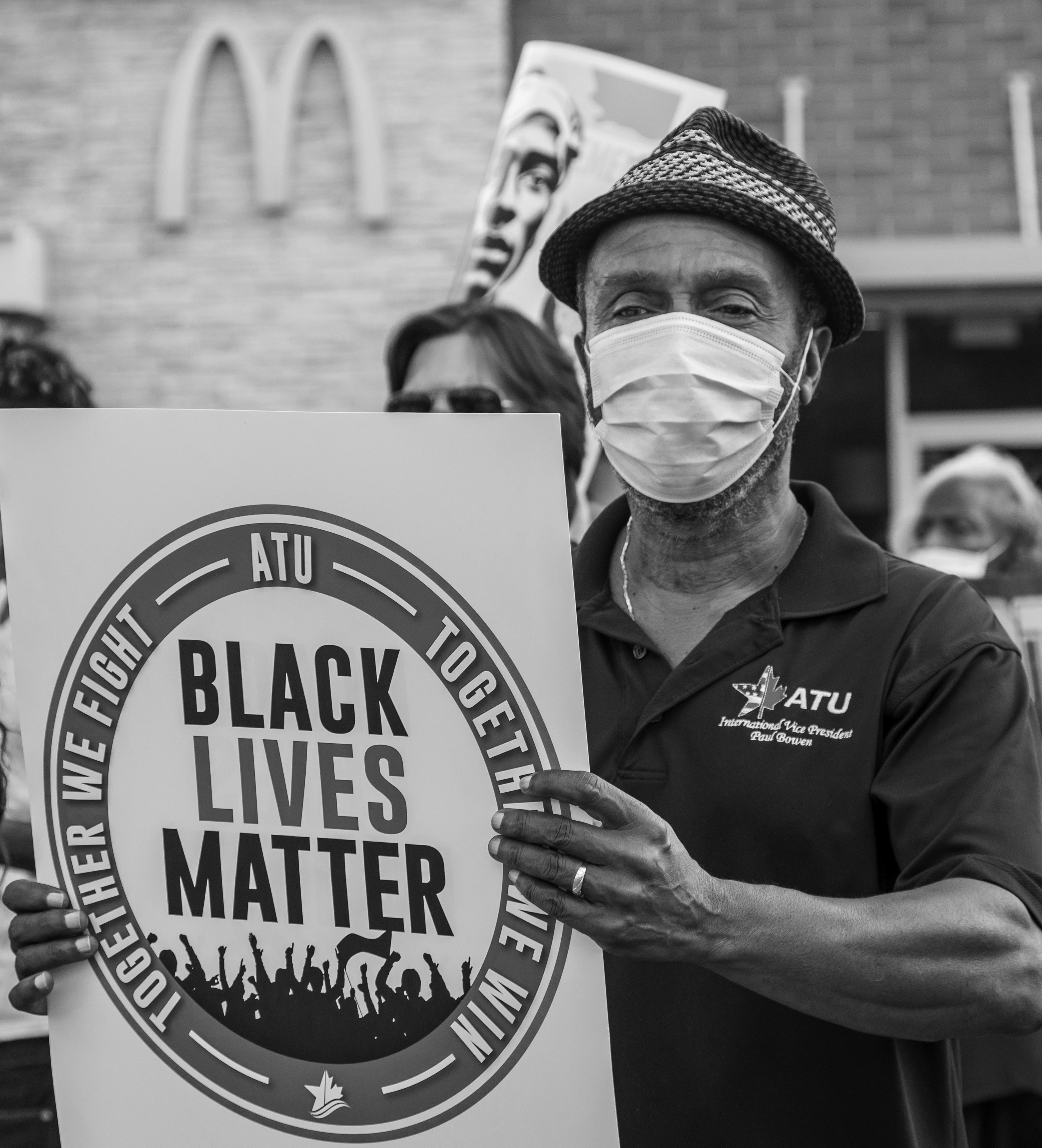 In July 2020 members of the Amalgamated Transit Union joined Detroit fast food workers in a rally outside a McDonald's restaurant during the nationwide "Strike for Black Lives." The Service Employees International Union is calling for a $15 wage in the fast food industry. Jim West

“WELCOME TO BELOVED Detroit.” The words rang out across Woodward Avenue, echoing off the brick buildings behind the hundreds of marchers who filled the street where the Algiers Motel once stood.

Monica Lewis-Patrick, co-founder of We the People of Detroit, challenged the crowd to see the connections between the murder of George Floyd, the 1967 executions at the Algiers, and the violence of austerity imposed under emergency management that has shaped Detroit’s political landscape over the last decade.

Lewis-Patrick connected the dots: the defunding of public schools, theft of pensions, illegal foreclosures, and mass water shutoffs are interwoven in the systemic racism the young activists were confronting.... 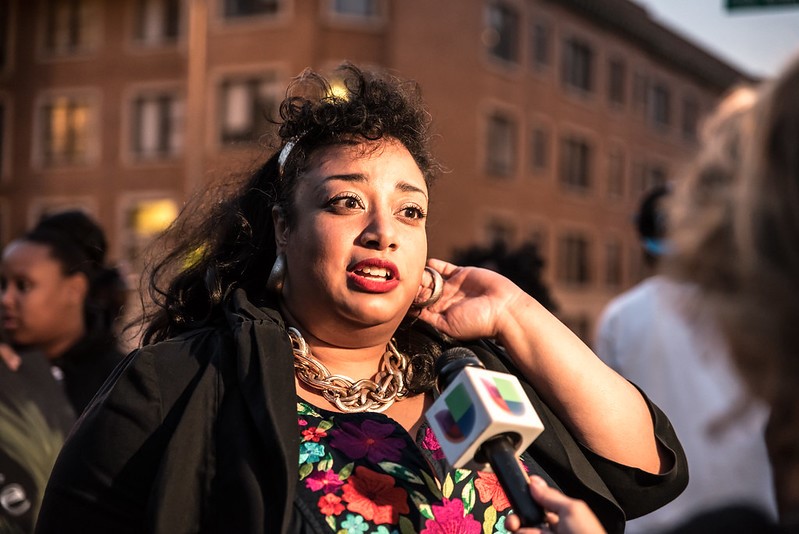 Chicago has admitted that its police were involved in systematic torture of civilians, formalizing this with the passage of the Reparations Ordinance on May 6, 2015 and the establishment of the Chicago,.... 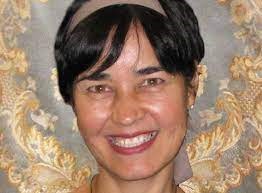 AN URSULINE NUN, Dianna Ortiz was gang-raped and tortured by a Guatemalan “security” force while teaching literacy as a Catholic missionary there in 1989, which The New York Times reported “helped lead to the release of documents showing American involvement in human rights abuses in that country.”

Hundreds of thousands of Indigenous Guatemalans were massacred in decades of U.S.-backed repression and dictatorship. The attackers told Dianna they “knew who she was”... 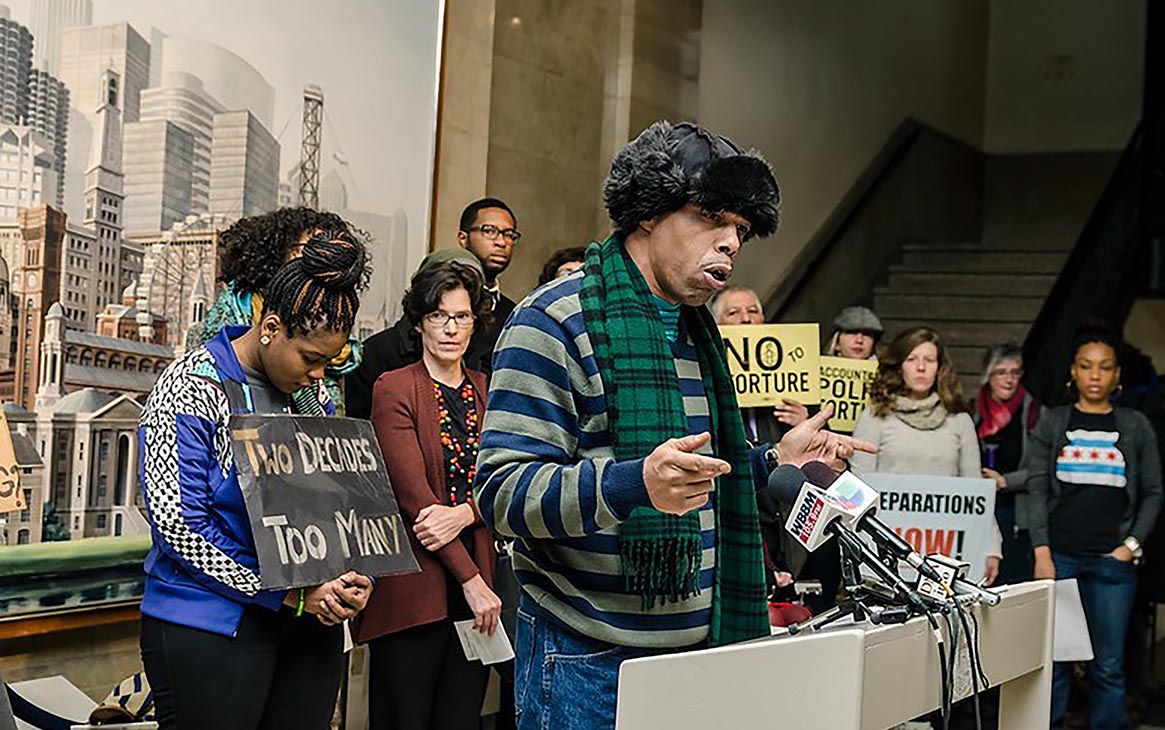 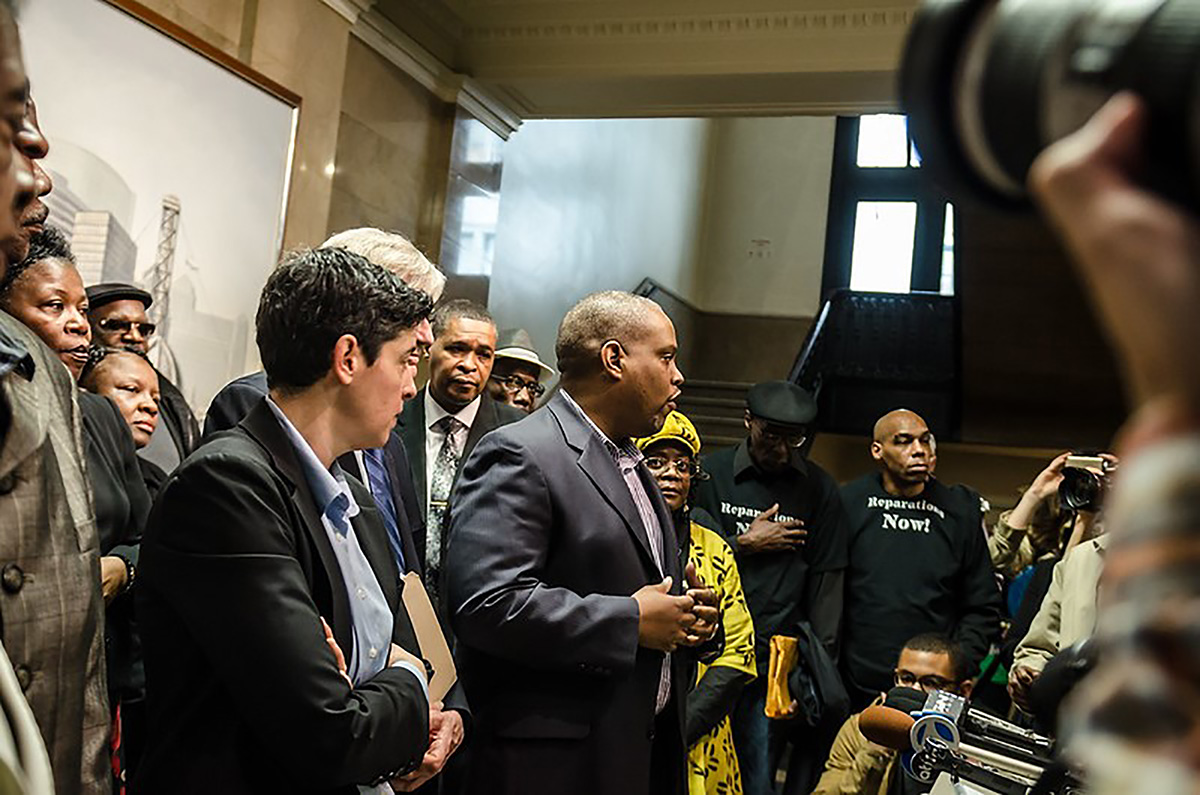 JOEY MOGUL, A partner at the People’s Law Office and a longtime activist in the struggle around the Chicago Police torture machine, drafted the Reparations Ordinance. Mogul was interviewed on May 13, 2021 by Linda Loew and Dianne Feeley on the movement and its impact on survivors’ attempts to heal.

Linda Loew: We want to step back just a little bit in time and ask about your experience giving testimony on Chicago torture cases to the United Nations Convention Against Torture. What impact.... 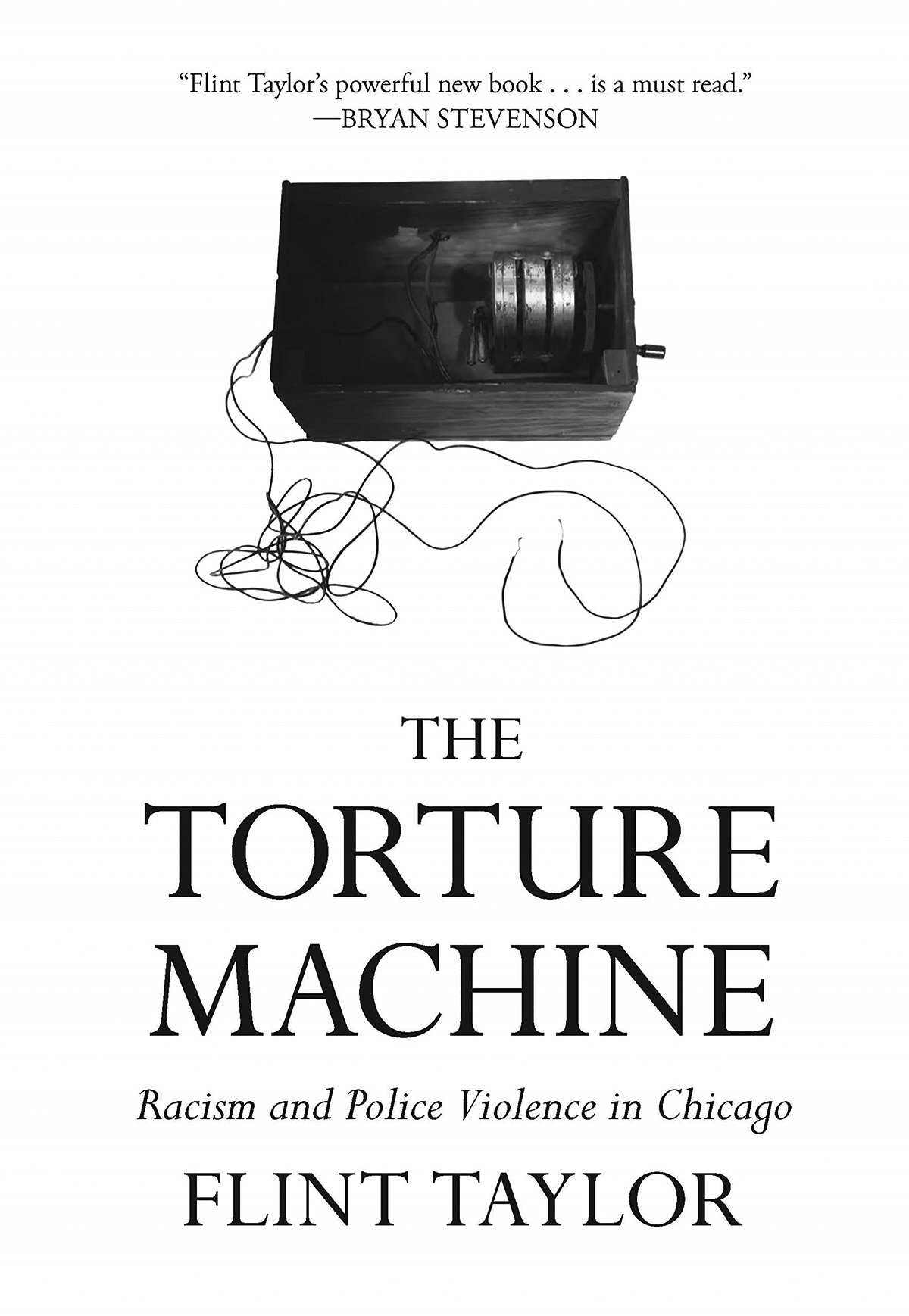 THE “CITY OF broad shoulders” and architectural gems, Chicago also has a dark chapter in its history: torture of African American men carried out for decades by the Chicago Police Department (CPD). Flint Taylor’s The Torture Machine: Racism and Police Violence in Chicago spans nearly 50 years in more than 500 pages....

Palestine -- Then and Now 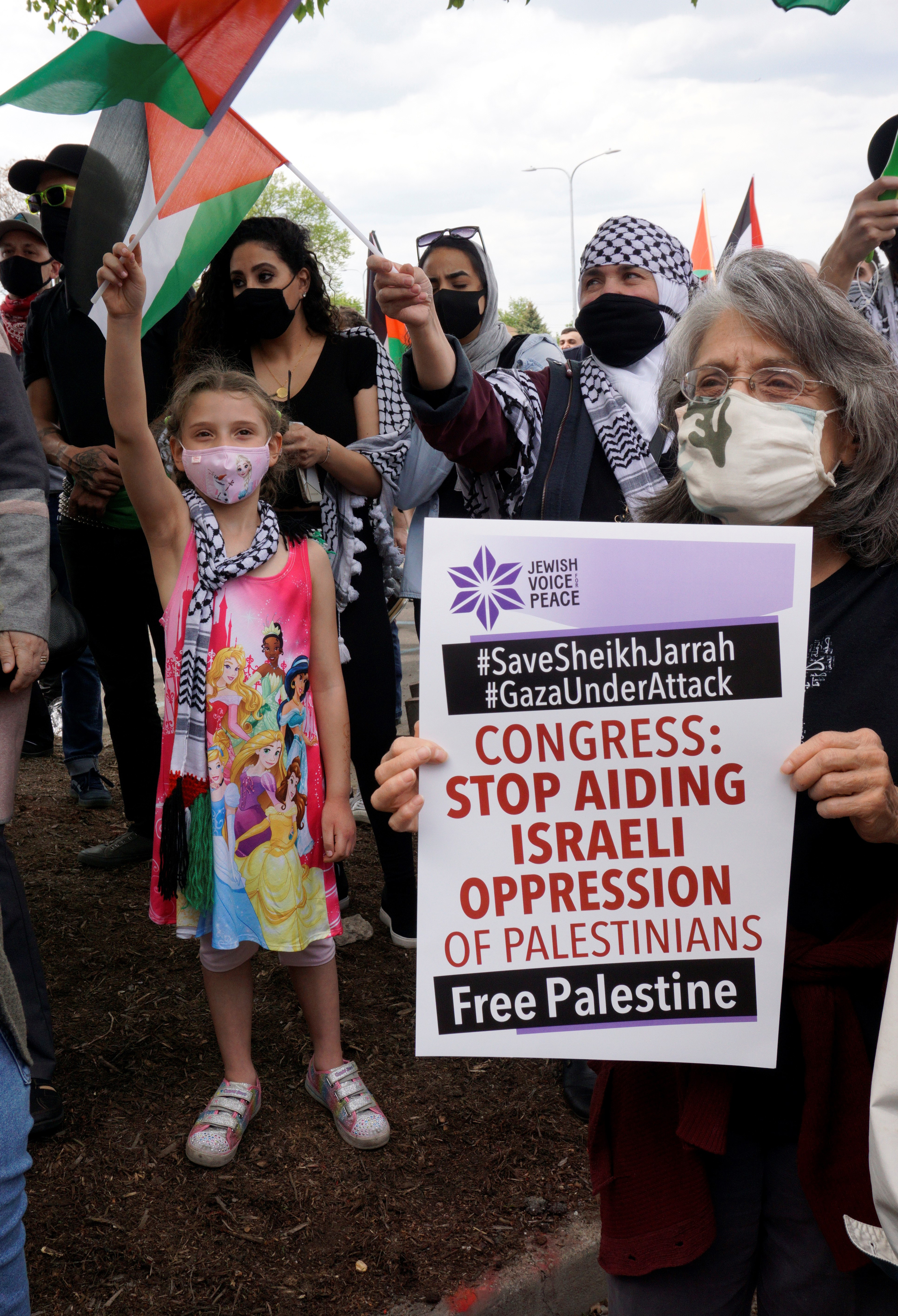 Marches and rallies in solidarity with Palestine have stretched from California to New York. May 15 marked the 73rd anniversary of al-Nakba or “catastrophe” in which more than 700,000 Palestinians were driven from or left their homes during the war that created the state of Israel...

Zionist Colonization and Its Victim

AS PART OF part of their professional training, historians are warned against injecting their personal narrative into their account of events. Rashid Khalidi’s book is a valuable violation of this taboo.

He is a historian, author of scholarly works on nationalism and colonialism in Palestine.... 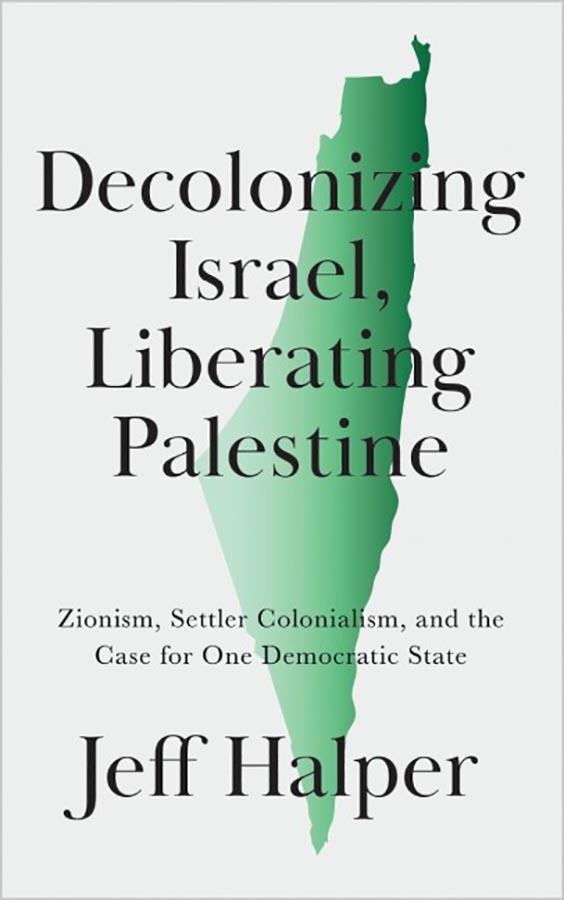 THIS IS A powerful and challenging text that poses as many questions as it answers — particularly at the terrible moment of Israel’s May 2021 assault on the all-Aqsa mosque, the pending ethnic cleansing of the Sheikh Jarrah neighborhood in Jerusalem, and the latest round of murderous bombing of Gaza....

Not a Cause for Palestinians Only 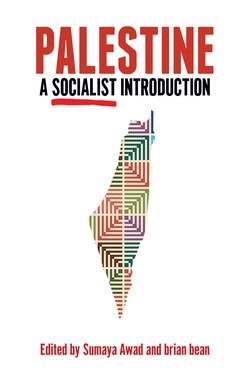 THIS SENTENCE FROM Kanafani’s history of the Great Revolt (1936-1939) in Palestine is the epigraph of a superbly edited volume of essays on Palestine from the Nakba (1948) to the present....

When Liberals Fail on Palestine

Except for Palestine
The Limits of Progressive Politics
By Marc Lamont Hill and Mitchell Plitnick
The New Press, 2021, 240 pages, $25.99 hardcover. 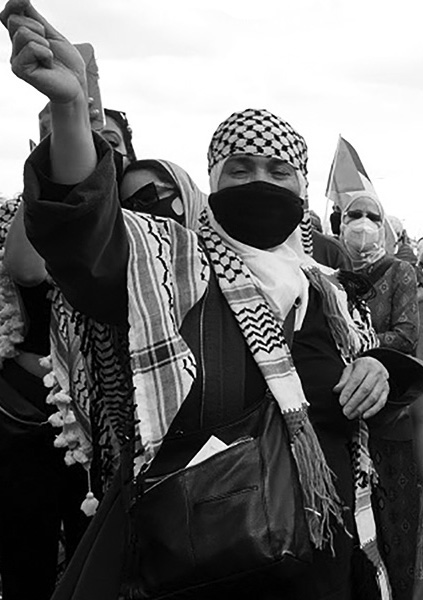 THE TITLE OF this book is partly based on a label applied to many progressives in the United States: “Progressive Except for Palestine.” Except for Palestine argues that progressives and liberals who oppose repressive policies on immigration, racial justice, gender equality, endless wars, LGBTQ rights and other human rights issues, must extend these principles and values to the oppression of Palestinians.

The challenge is particularly timely right now, as the longstanding consensus of the Democratic Party “in support of Israel” is fraying with Israel’s latest brutal assault on Gaza and continuing ethnic cleansing in occupied East Jerusalem. Palestinian American young people today are speaking out and finding growing support among Black Lives Matter activists and their allies.... 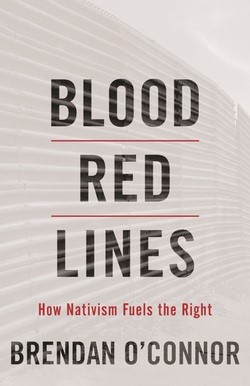 “The borders that separate one country from another are an artifact of politics and history. They were born in violence, and their maintenance demands violence” —Brendan O’Connor 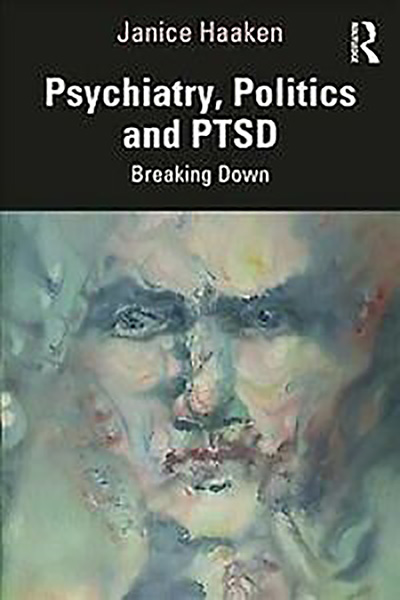 “But no. You’re swimming in a river. You can get carried out to sea on riptides not of your making, or at least not under your control. You can find yourself swimming against a current much stronger than you. You can drown.” —Kim Stanley Robinson(1)....

A Life of Struggle: Grace Carlson 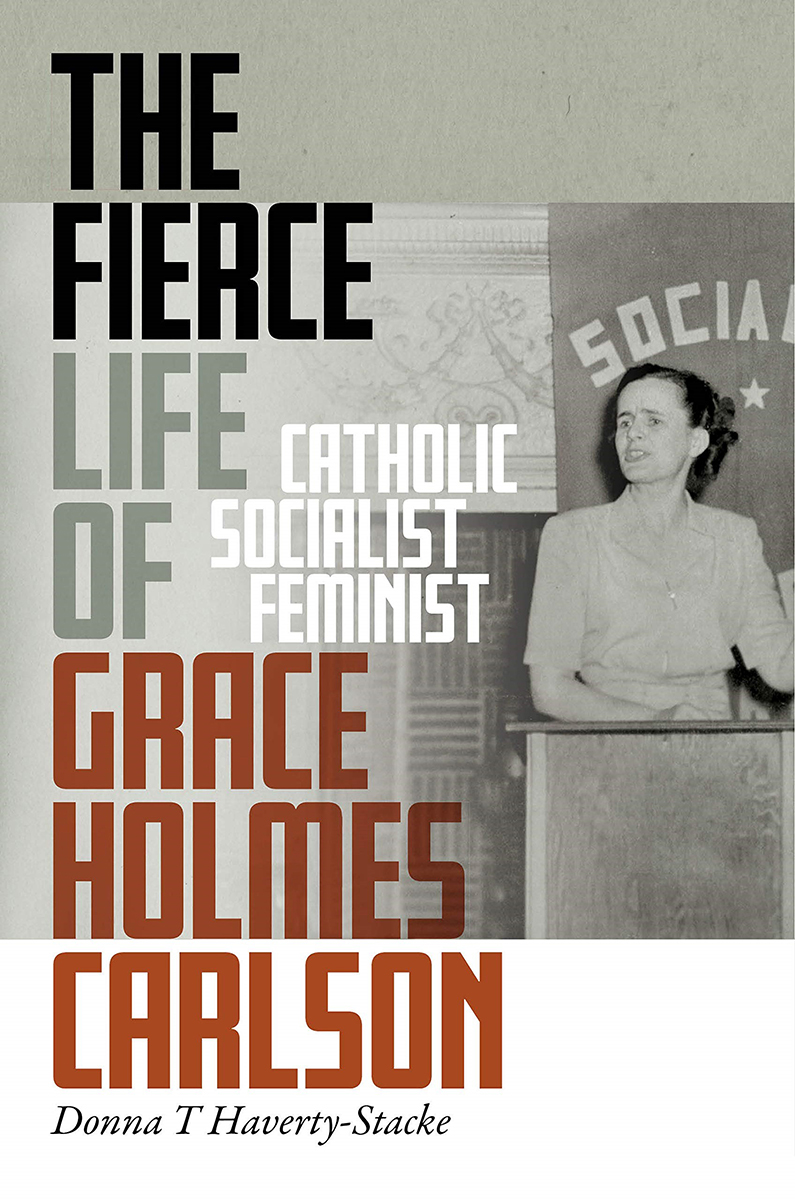 A BIOGRAPHY THAT uncovers new information is a welcome read. For the thousands of people who cycled through the Socialist Workers Party (SWP) or the Young Socialist Alliance over the last 70 years, we learned of Grace Carlson and the role she played from James P Cannon....

Living in the Moment 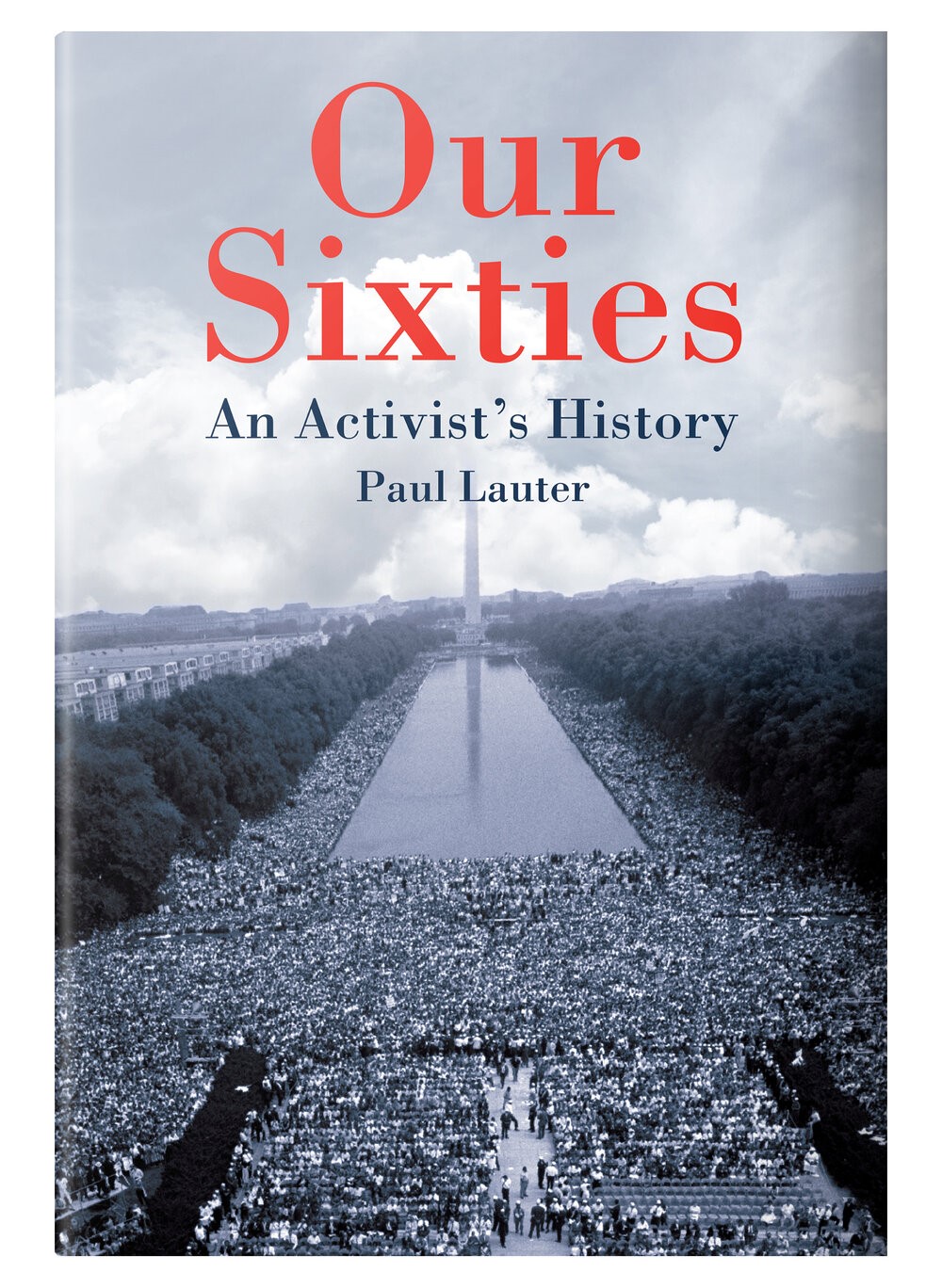 WHEN THIS STORY begins in 1957, Paul Lauter had never heard of Conscientious Objectors. With a Ph.D. from Yale in literature, he had little awareness of Black writing, or Black history. Seven years later he was teaching both subjects in a Freedom School in Mississippi and was Director of Peace Studies at the American Friends Service Committee (AFSC), which...