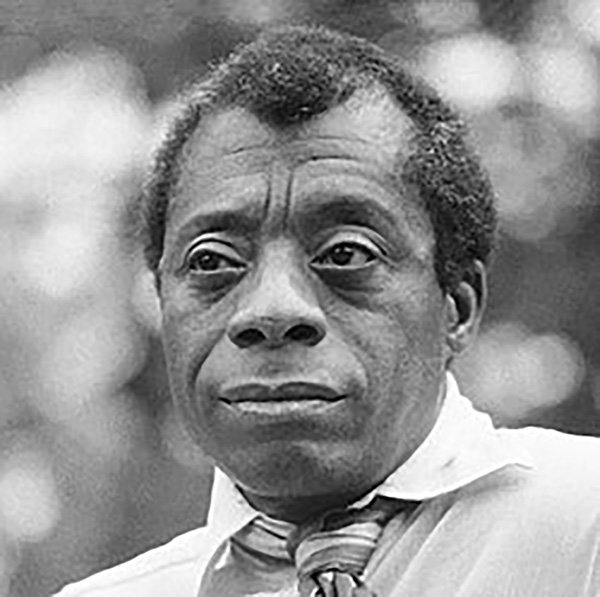 Baldwin seems to be everywhere these days. His 1974 novel If Beale Street Could Talk was adapted for a 2018 film by filmmaker Barry Jenkins, and Raoul Peck’s 2016 film I Am Not Your Negro has become a major documentary on Baldwin. In 2016, young Black writers and activists responded to Baldwin’s 1963 essays The Fire Next Time with a book of essays, The Fire This Time: A New Generation Speaks About Race.

Another major biography, Douglas Field’s All Those Strangers: The Art and Lives of James Baldwin, was published in 2015. Ta-Nehisi Coates modeled his acclaimed 2015 book Between the World and Me on Baldwin’s The Fire Next Time.

Previously, at least three major biographies of Baldwin were published in the 20th century. There is a political blog called “Son of Baldwin” by Black queer and transgender activists, and Queer Studies has produced new directions in the analysis of Baldwin’s queer identity. Additionally, there is William J. Maxwell’s exploration of Baldwin’s 1884-page FBI file, James Baldwin: The FBI File (2017 paperback), which tracks J. Edgar Hoover’s intense surveillance of Baldwin.

This resurgence of literary, cinematic, political and scriptural interest in Baldwin is a cause for wonderment. The question that nags me as I observe this widespread cultural homage to Baldwin is: Why Baldwin and why now? Professor Glaude, scholar of African American Studies and religion at Princeton University, answers that question in two ways.

His first goal is to establish Baldwin’s importance for the age of Black Lives Matter, or, in Glaude’s terms, to show how Baldwin has become “a critic of the after times,” a period Glaude calls a kind of “interregnum as the old is dying and the new is coming into being. Baldwin is the perfect subject for such a time; he is the writer-activist who continued to evolve after the civil rights movement, who embraced some aspects of Black Power, then set about becoming an internationalist, one who knows that ‘American power follows one everywhere.’”

In the end, Glaude believes that Baldwin resisted despair by finding his place in solidarity with “those who fight from the margins,” thus becoming a powerful example for our current moment.

Glaude’s second goal is to establish Bald­win as a prophetic voice, one who forces us to confront not only society but also our own moral choices. Eloquently capturing the brilliant, passionate and morally persuasive Baldwin, Glaude writes that “ [Baldwin] insisted that we see the connection between the disaster of our interior lives and the mess of a country that believed, for some odd reason, that if you were white you mattered more than others.” (xxv)

Begin Again opens with the meeting between Baldwin and Stokely Carmichael at Howard University in the spring of 1963, shortly after Baldwin had published The Fire Next Time, and when Carmichael was a young nonviolent student activist. Baldwin was invited to address the question of “the role and responsibility of the black writer in the civil rights struggle.” (4)

Later that evening, a small group assembled for an all-night conversation, an impromtu rap in a small apartment with Ossie Davis, Baldwin, John O. Killens, the “older brothers,” and a group of students, including Carmichael.

Four years later that impromptu meeting became the catalyst for Baldwin’s political evolution when Carmichael stepped off a plane from Paris on December 11, 1967, and called for revolution and solidarity with anti-colonial struggles in places such as Cuba and Tanzania. His passport was confiscated; newspapers labeled him a traitor; politicians called for his arrest; Barry Goldwater proclaimed that if he were found guilty, he should be put to death.

In the wake of Carmichael’s move toward Black Power, Baldwin realized that he was required to tell a different story about the country and its unwillingness to give up its racism. Baldwin’s defense of Carmichael was so incendiary that neither The New York Times nor the London Times would publish it. It eventually appeared in the Los Angeles Free Press and is unlike anything else I’ve ever read by Baldwin.

Proclaiming his solidarity with Car­michael, Baldwin calls the United States “racist to the core,” and raises his protest against the Vietnam War, declaring that “every bombed village in Asia is my home town.” According to Glaude, this is the moment which, for Baldwin, exposes “the lie at the heart of the American idea.” (xxvii)

For Glaude, “Baldwin’s courage, defiance, and willingness to confront his own complicity in evil, provide the key to Baldwin’s surviving and mustering the strength to keep fighting amid the after times.”

Chapter One, “The Lie,” establishes what Glaude (and Baldwin) see as the central “lie” at the heart of America: the belief and justification of the dehumanization of Black people. Although,Glaude admits that we should more properly define “the lie” as “several sets of lies with a single purpose,” “the lie” remains throughout Begin Again as the racial lie, that Black people are inferior because of “the color of their skin.” (7)

Baldwin also represented “The American lie” as confined to race: the “fatal flaw” in the nation’s founders is that they could not “recognize a man when they saw one,” i.e. “a black man, whose destiny and identity have always been controlled by others.” (2)

Baldwin was indeed producing a new “native son”; he was also construing blackness as inherently male, and defining the race problem as a gendered conflict between “the white man” and Black manhood.

Baldwin’s transnational solidarity with the North Africans he met in Paris “murdered in the streets and corralled into prisons,” was also gendered male. Even when Baldwin is dealing with queer sexuality, he can only conceive of male desire, ideals of masculinity, the complexity of manhood. (96)

Glaude confers on Baldwin the title of “moral compass,” comparing him to the patriarchal “Old Testament prophet Jeremiah, speaking God’s truth.” The problem with elevating Baldwin to the stature of prophet is that once he takes on Biblical proportions we are no longer able to see him as human and fallible and to see his  witness as imperfect — partial, limited, problematic and contradictory.

In Living in Fire Professor Bill V. Mullen, a scholar at Purdue University of African American literary and cultural studies and the Cold War, draws on a raft of new material on Baldwin made available in the past 10 years, including newly released material at the Schomburg Center for Research in African American Culture that enlarges and enriches our understanding of Baldwin’s life and work.

This archival boon allows Mullen to recover Baldwin’s left-wing associations going back to the 1930s, which have been neglected or downplayed in much earlier scholarship. In particular there were connections with Communism, as well as 1940s links to socialism, anarchism and Trotskyism, although some details are still unknown.

Beyond that, we learn much more about the evolution of his anti-imperialism, his support for Palestinian liberation, and finally, a more expansive view of Baldwin’s sexual politics. These revelations show the transformation of Baldwin’s political thought that pushed him past his early fixation on white liberals, past his own sense of defeat and demoralization as he watched Black leaders assassinated and Black politics failing, and past his investments in Black masculinity.

I want to focus on the last chapter of Living in Fire, called “Final Acts,” where in the last 10 years of his life we see Baldwin’s political radicalism in full flower. In a 1978 essay, he coupled the Reagan administration with the UK’s Margaret Thatcher as “symbols of white, Western capitalist supremacy.”
In 1980, he derided the persecution of the Black Panthers and Angela Davis and the demonizing of poor Black women as “welfare queens” as part and parcel of the racism and corruption of the Reagan regime. In his final years, Baldwin wrote against capitalist inequality, against a racist, indifferent state and Cold War ideology “for suppressing the question of black liberation.” (119)

He knew that he had incurred the wrath of J.Edgar Hoover, who began to target him intensely, resulting in his massive FBI file, yet still remained committed to a radical critique.

The Baldwin whom Mullen most clearly brings to light, and few know, is the “self-conscious black internationalist,” particularly in his relationship to the Middle East and to Afro-Arab and Afro-Palestinian solidarity.

This aspect of Baldwin’s political history is especially relevant in the light of relationships that have developed between Black U.S. activists and Palestinians in the West Bank and Gaza, specifically the trend toward “anti-racist unity between African American and Arabs nurtured by the Palestinian Boycott, Divestment, and Sanctions movement (BDS)” for Palestinian rights. (xviii)

In a 1979 essay for The Nation, “Open Letter to the Born Again,” Baldwin critiques settler-colonial Zionism and declares there can be no peace in the Middle East without attention to the Palestinians, lessons he learned from the Black Panther Party, from Vietnam War protest, and from the Palestinian liberation struggle. (xxi)

What is finally most fascinating and most productive in Baldwin’s “final acts” is found in his fiction, in his profound engagements with the meanings of race, sexuality, and political affiliations in his sixth and final novel  Just Above My Head (1978).

In addition to the queer character Arthur Montana, Baldwin creates the character of Julia Miller, a one-time child preacher, sexually abused by her father, who leaves the United States for Africa to discover something about her identity. As Mullen suggests, Julia is Baldwin’s female avatar and his first effort to express “in profoundly gendered terms the destructive effects of patriarchal power.”

Mullen attributes Baldwin’s willingness to openly engage both queer and feminist issues to the political conversations he had in the last decade of his life with the lesbian feminist writer Audre Lorde, who helped him “to part forever with his lifelong attachment to black men—and black masculinity — as the center of his analysis of the world.” (165)

My question — Why Baldwin and why now? — is partially answered in these two impressive studies of the life and work of Baldwin. James Arthur Baldwin was inextricably linked to 30 of the most consequential and controversial years of Black American life. He lived his life in that fire.

He relentlessly probed every aspect of his own personal life as he interrogated the life and strife of a racialized nation. He became an important interpreter and critic of the global order. And, lest we forget, this extraordinary American of such intellectual brilliance and political fire came out of the poverty, racial violence, wretchedness and resilient beauty of Harlem, USA.