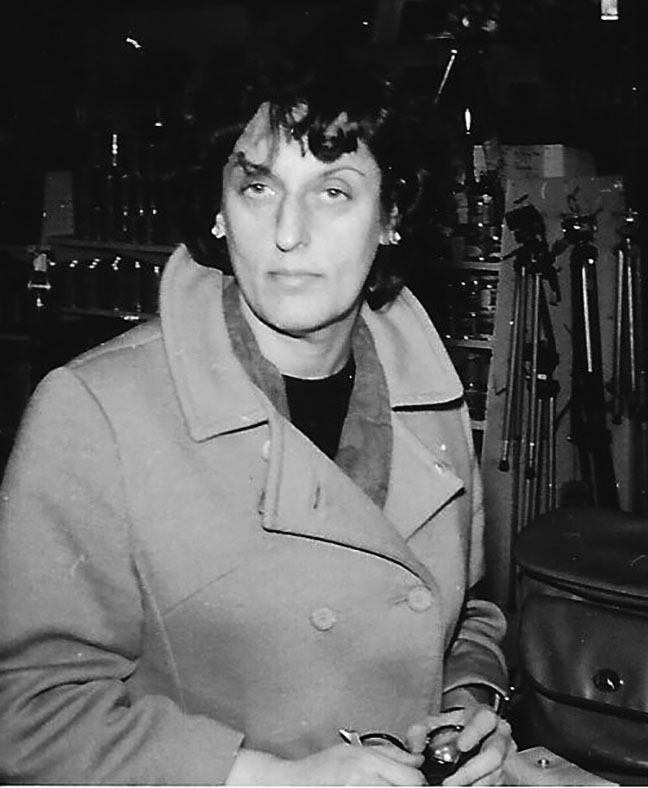 ONE OF THE last members of a small socialist organization, Facing Reality, Nettie Kravitz was part of a group that made an important contribution to Marxist theory and practice. Reporting about working-class resistance to capitalism, these socialists had an intersectional perspective. While some accuse Marxists of failing to see gender and race, Nettie was attracted to a socialist tradition that prioritized the Black and women’s struggles.—The editors

NETTIE KRAVITZ WAS born in Philadelphia in 1923. Her parents were Jewish immigrants from Ukraine. Her mother came from a politically leftist family. This was in contrast with her father, unhappy that Nettie took after her mother’s side of the family, he was nonetheless progressive enough to quietly help his wife by doing the laundry.

Her opposition to unjust authority had early beginnings; when Nettie brought home a Black friend, her mother warned her not to cross her father and said that the friend had to go. Her concern for injustice was further aroused as a young girl by reading about the violent pogroms against Jews in Eastern Europe. She told me “If you see something and don’t do anything, then you are guilty.”

While in college at Temple University, Nettie organized a women’s group and started a course on women and literature. She was attracted to C.L. R. James’ faction in the Workers Party and during the war suggested the organization should pay more attention to women factory workers, based on her sister’s experience.

C.L.R. convinced her to work in a factory and this led to an article on the sharp political awareness of some of the women in the clock factory where she was employed, written for the WP’s newspaper. After her graduation in 1945 (with a degree in psychology) Nettie formally joined the Workers Party and was at one time the head of the Philadelphia branch.

James and his faction (known as the Johnson-Forest Tendency) joined the Socialist Workers Party as a minority faction in 1947. In 1951 the group left the SWP, forming the Correspondence Publishing Committee whose goal was to share its views and news of working class activity. The core leadership was James, Raya Dunayevskaya, and Grace Lee (Boggs).

Some of the defining positions of the group were its characterization of the Soviet Union as a state capitalist regime, not a workers’ state, its support for an independent African-American movement, rejection of the idea that a vanguard party was necessary to lead a revolution, and the democracy of the group’s internal organization which encouraged all members to have a voice.

Nettie moved from Philadelphia to New York, living with C.L.R. James and acting as his aide while he was courting his second wife Constance Webb. After an acrimonious split in the organization in which Raya Dunayevskaya left (forming the News and Letters Committees), in about 1955 Nettie was sent to live in Detroit, where she stayed for the rest of her life.

Detroit had been at the center of the struggles of organized labor since the 1930s and the group moved to be nearer the action. The group published the newspaper Correspondence, which published letters from workers, as well as its own take on events.

The group reported on and supported the self-organizing activity of the working class and of Black Americans including Robert F Williams, the local head of the NAACP in Monroe, NC, who chartered a branch of the National Rifle Association named the Black Guard which defended the Black community against the KKK.

An important confirmation of the views of the group came with the Hungarian Revolution of 1956, which saw the spontaneous formation of workers’ councils and a rapid transfer of power from the puppet Soviet government. Russian Soviet tanks soon crushed the workers’ revolution, but the nature of that revolt was revelatory.

In the midst of the ferment of the New Left, by the late 1960s it became clear that the organization (by that time called Facing Reality) was not attracting new members, and that its usefulness had run its course. The group was disbanded in 1970, despite the objections of C.L.R. James.

As a young woman, Nettie always wanted to travel but, unable to devise a means of getting paid to do so, decided that the next best thing was to become a teacher and have her summers free.

She began teaching elementary students in a private Jewish school, went on to teach junior high and high school for the Detroit Public School system, and, after getting an MFA at Wayne State (her dissertation was on Jonathan Swift) she taught Women’s Studies and Literature at Oakland Community College for 24 years.

Nettie had many and varied interests; after college she spent some time studying art at the Barnes Institute outside of Philly and she remained visually and aesthetically acute. She dressed well and often sewed her own clothes. Her stalwart nature, generosity and support attracted loyalty in her political and social life.

She had many friends, only some of whom shared her politics, and over the years she poured energy into maintaining communications with her friends and comrades. She was very interested in the theater and film, and was a founding member of DAFT (digital arts film and television).

She was an officer in the American Association of University Women, a strong supporter of the National Organization for Women and Planned Parenthood, and contributed to a very wide variety of local charities, Jewish groups, veterans groups and medical research charities.

An unrepentant member of the anti- Stalinist, post-Trotskyist Left, Nettie will be missed. If she had survived, she would have wanted to be out in the streets, demonstrating with the Black Lives Matter movement.