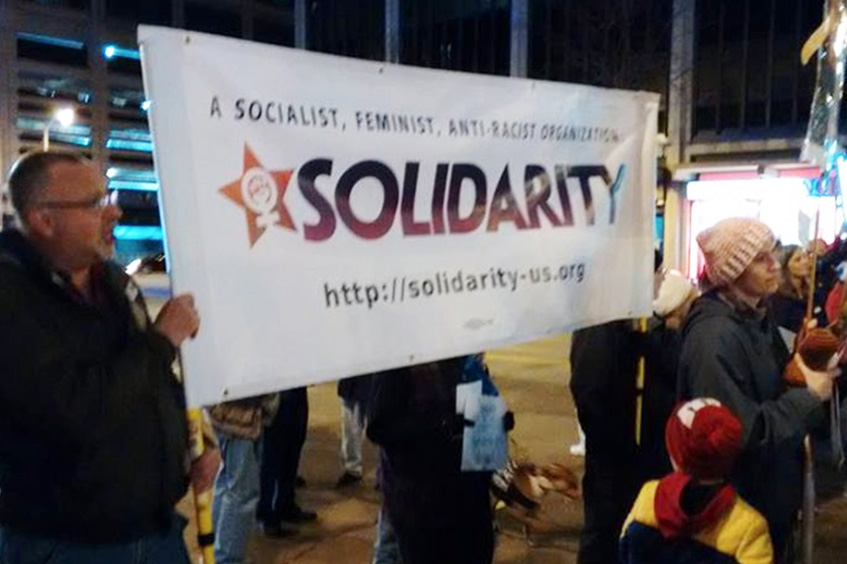 SOLIDARITY, THE SOCIALIST organization that sponsors Against the Current, is taking no formal position regarding the 2020 U.S. presidential election. In view of the complexity of the issues and the impossibility of in-person meetings during the coronavirus pandemic, the National Committee organized an online poll to test the balance of opinion of the membership. Three options were offered, and members were also encouraged to submit comments.

OPTION 1: To support the Green Party campaign of Howie Hawkins and Angela Walker, seeing this as the expression in this election of an independent, anti-capitalist and openly ecosocialist alternative to both the ultra-reactionary Trump Republican presidency and the false promises and neoliberal capitalist politics of the Democratic Party and Joe Biden — the same anti-working class politics that helped elevate Trump to the presidency. Members of Solidarity who are involved in the Green Party have formed a working group to support the Hawkins/Walker campaign as well as Green candidates in local and state races.

OPTION 2: To vote Green in those states where the outcome of the presidential vote seems assured, while voting for the Biden/Harris Democratic ticket in closely contested states where the danger of a Trump victory could decide the election. This tactic expresses our advocacy of the urgent need for independent politics, while also making clear within the movements our understanding of the importance of preventing the catastrophe of a second Trump term.

OPTION 3: “Dump Trump, Fight Biden,” meaning a vote for the Democratic ticket to get rid of Trump, while making clear that a Biden presidency, despite its standard-issue progressive campaign postures, doesn’t represent any progressive alternative to the neoliberal policies of the capitalist ruling class, or to pervasive systemic racism, or to U.S. imperialism, nor a fight for anything resembling an adequate response to the environmental catastrophe. It is a recognition that defeating Trump is the immediate overriding imperative but that the struggle for a different politics, rooted in popular struggle, is not postponable.

In the face of Trump’s ominous threats and anti-democratic maneuvers, it should also be clear that in the event of a stolen election leading to a massive political crisis, everyone on the left should participate in the mass mobilizations to defend the right to vote, for votes to be properly counted, and the results to be respected.