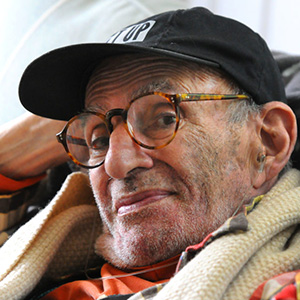 LARRY KRAMER (BORN Laurence David Kramer, 1935-2020) died of pneumonia at age 84. From a middle-class Jewish family in Bridgeport, Connecticut, Kramer launched a career as a screenwriter and then became an award-winning playwright, novelist, essayist and political activist. He is survived by his spouse, David Webster.

His first Hollywood movie credit was for Women in Love (1969); his most well-known play is The Normal Heart (1985), a largely autobiographical work set during the rise of the HIV/AIDS crisis. The Destiny of Me (1992) picks up where The Normal Heart left off. It was a double Obie Award winner and received the Lortel Award for Outstanding Play of the Year. Kramer’s novels include Faggots (1988) and The American People Part 1: Search for my Heart (2015).