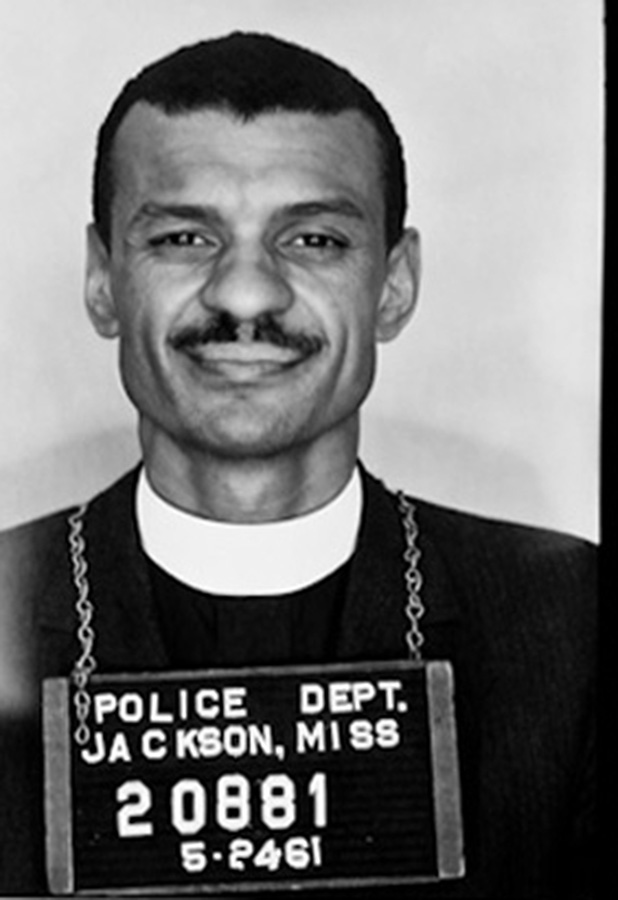 Credit: Courtesy of the Mississippi Department of Archives and History

Unlike Lewis who decided to run for elected office in Atlanta, first a City Council member and then Congress in 1986, Vivian continued to be an organizer, activist and teacher. Martin Luther King called him “the greatest preacher to ever live.”

Vivian was born in Boonville, Missouri, and later his family moved to Illinois. Vivian’s first sit in occurred in 1947 in Peoria, Illinois where, as a young worker, he helped to successfully desegregate a cafeteria.

He went to Nashville to study for the ministry at the American Baptist Theological Seminary in 1957, the same seminary John Lewis, James Bevel and Bernard Lafayette attended.

In Nashville he heard Martin Luther King, Jr. preach nonviolence and in 1958 began attending Rev. James Lawson’s trainings. Like Lawson, he was more than a decade older than the young students, and saw them as key was to build the fight.

Along with Lawson, who spoke at Lewis’s funeral this July, he absorbed the philosophy and strategy of Mahatma Gandhi’s nonviolent direct action. As a participant in the Nashville sit-ins, he went on to lead nonviolent sit-ins, boycotts and voter registration drives in Birmingham, Alabama, St. Augustine, Florida and Jackson, Mississippi. He was also a Freedom Rider, replacing one of the original 13.

As an activist Vivian was frequently arrested, jailed and beaten. Once as he tried to escort a group of African Americans to register to vote, he was punched so hard in the face by Selma Sheriff Jim Clark on the steps of the courthouse that the sheriff broke his own hand. With blood streaming down his face, Vivian got up and continued speaking as police shoved him aside. He was arrested later that day for “criminal provocation.”

As a Baptist minister, member of Dr. King’s inner circle of advisers and a close friend of King, Vivian was the national director of some 85 local affiliate chapters of the Southern Christian Leadership Conference (SCLC) from 1963 to 1966.

Wherever he lived, north or south, he set up various educational and civil rights organizations, lectured widely and wrote an assessment of the civil rights movement, Black Power and the American Myth (1970). He was known for thinking strategically, and not just moving to action.

Vivian spoke to Amy Goodman of Democracy Now! in 2015 outside the historic Brown Chapel AME Church in Selma, Alabama, on the 50th anniversary of Bloody Sunday:

“There is nothing we haven’t done for this nation. We’ve died for it. But it’s been overlooked, what we’ve done for it. But we kept knowing the scriptures. We kept living by faith. We kept understanding that it’s something deeper than politics that makes life worth living.”