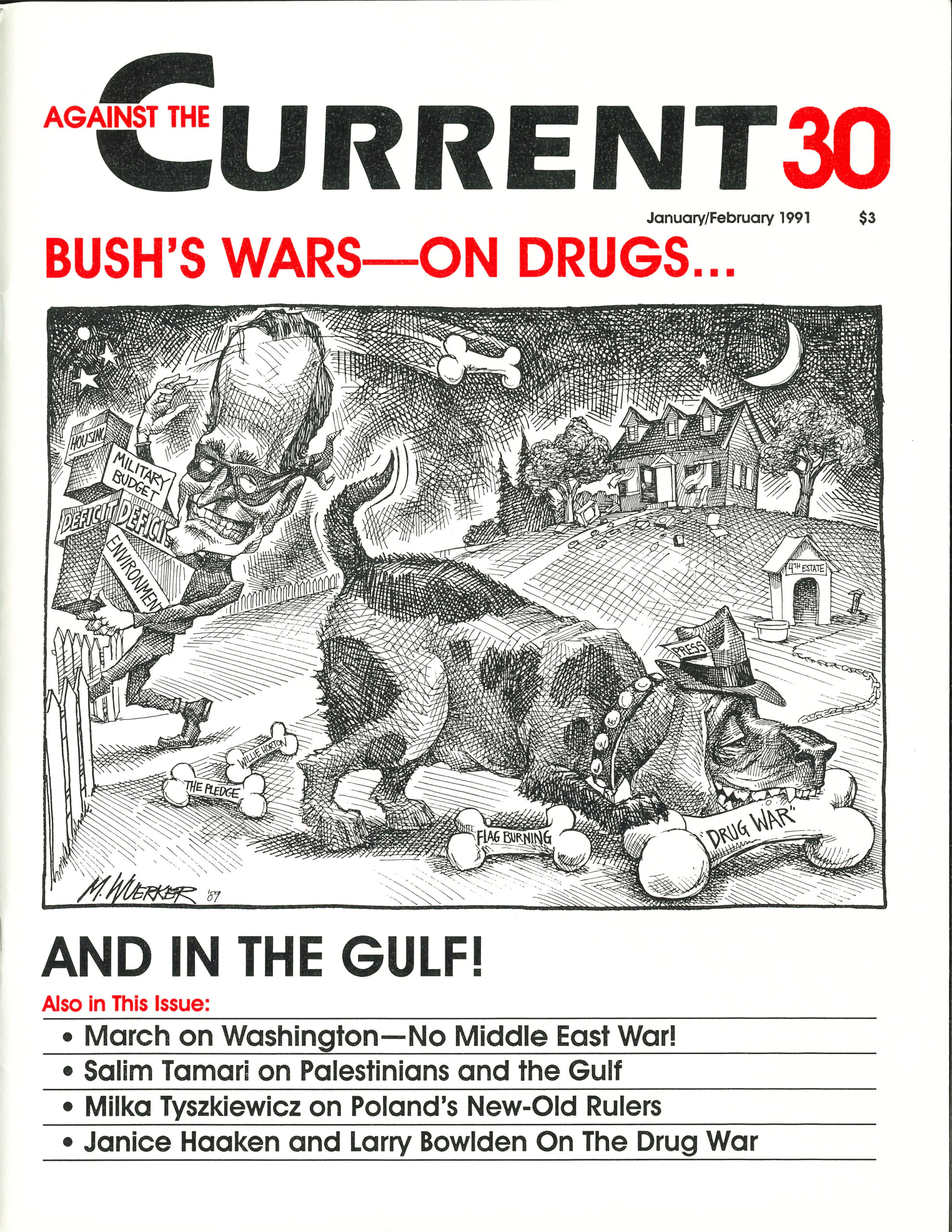 IN ACCORDANCE with their Constitution, the Japanese have refused Bush’s request to send military forces to the Persian Gulf. They are, however, shipping over 40,000 transistor radios as their contribution to the morale of U.S. troops. Batteries not included.

The Pentagon assures us that the M-16 rifle will work just as well in sand as it did in mud.

The supply situation in Saudi Arabia isn’t quite as bad as during the Cuban-Spanish-American War, when the U.S. cavalry were shipped to one Cuban port while their horses went to a second and their saddles to a third. (And thanks to Samuel Farber for pointing out that Cubans, who were fighting for their independence at the time, don’t appreciate the war that was fought on their soil being simply called the “Spanish-American War.”)

It’s bad enough that Bush should start a war for cheap oil–and worse that he should pretend to do it for some nobler reason.

Geopolitics of the Absurd

THE U.S. national leadership seems to contemplate the approach of war and depression with the same apathetic resignation as a tribe of neanderthals regarding the encroaching glaciers of the last Ice Age.

The coming of perestroika has brought great changes to the Soviet nomenklatura. One e involves an aging aparatnlk who had been pensioned off with the sinecure of polishing the statue of Lenin in the village square. In keeping with the trend toward privatization he has quit his job, used his savings to buy his own statue of Lenin, and gone into business for himself.

The reunited German government has reaffirmed that it has absolutely no interest in taking East Prussia back from Poland. It would, however, like to have a few words with France about the status of Alsace-Lorraine.

WE ARE OPPOSED to 2 Live Crew being censored by the state. We have no objection to their bein tarred and feathered by angry feminists.

The editor still refuses to print Kampfer’s fiendishly clever limerick about Romania, but a copy will be sent ina plain brown envelope to anyone who requests it.

It’s almost nice to think that some people have had so little contact with the ugly realities of life that they can still be shocked by books, pictures or songs.

THE COUCH potato’s motto: No Strain, No Pain.

The “Rocky Horror Picture Show” is finally out in video. Let There Be Lips.

The textile mill in the Stephen King movie “Graveyard Shift” looks like a ghastly place to work, even without a monster in the basement.

IT’S PRETFY humiliating to be told by the Humane Society that they consider you unfit to adopt one of their kittens. (Just because one of your previous pets ate a few dogs.)