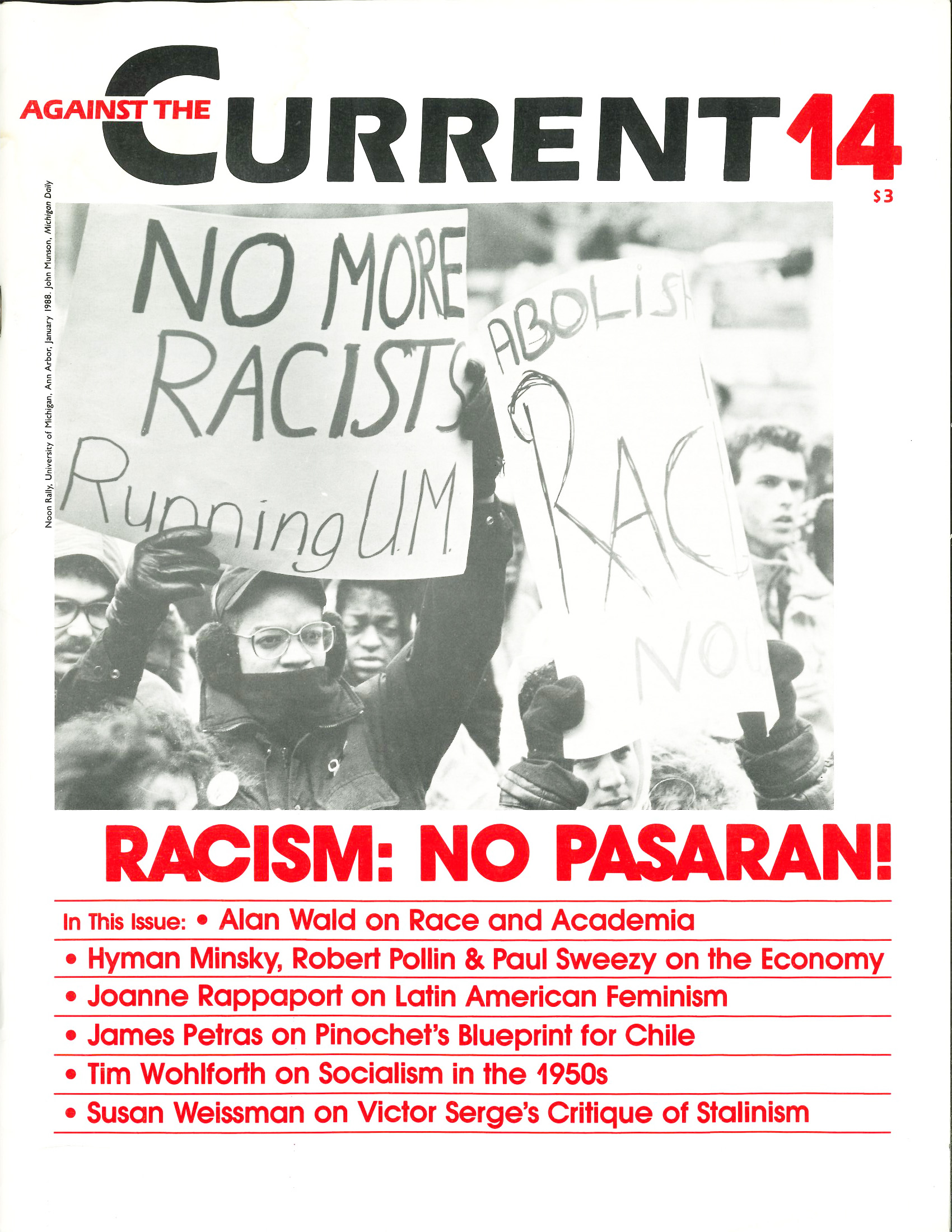 THE ISRAELI ARMY is issuing fiberglass batons to replace the wooden clubs that the soldiers formerly used to beat demonstrating Palestinians. It seems that the wooden clubs broke too easily, and several soldiers suffered splinter wounds. During more humane times, police nightsticks were made of locust wood specifically because that wood had a lower breaking point than human bone and serious injuries were less likely.

Another innovation is the use of high-velocity gravel cannon with a range of 100 yards. What these weapons have in common is that they are only useful against people who are unarmed.

Using troops for police work generally ruins them as soldiers without making them competent cops.

The increasing barbarity of the Israeli occupation has made it almost impossible to raise some important questions. Such as: What is the possibility for economic viability and real independence of a state consisting of the West Bank and the Gaza Strip?

If it wasn’t a sin, it wouldn’t be so much fun.

The prostitute hired to act out Jimmy Swaggert’s fantasies says that he is not the kind of person she would want her children to associate with. I wouldn’t trust him with my neighbor’s dog.

Is this why they’ve brought Elmer Gantry back to Broadway?

Pat Robertson’s “Invisible Army” has lived up to its name. Nobody can see any sign of it.

There are too many books on the market about teaching babies how to talk, read, run computers, etc. What the little rug-rats need to learn is how to sit quietly until their parents have the time and energy to deal with them.

THERE ARE more cases of amnesia in Washington today than there have been in the history of soap opera.

Some of the peculiarities of the British aristocracy may derive from their propensity for eating game birds salted with highly toxic lead shot.

GM IS SAID to be looking into cryogenic technology that would allow them to freeze their employees during plant shutdowns, and thaw them out when the demand for cars increases.

At a recent international conference on urban renewal, Prince Charles suggested that old abandoned steel mills be converted into museums, theaters or restaurants. Presumably all the laid-off steelworkers would be converted  to tour guides, ushers and bus boys. And what shall we do with Buckingham Palace, Chuck?

THE LATEST addition to the drug problems is “bazooka,” a form of unrefined coca paste processed with sulphuric acid and gasoline that is even cheaper and more toxic than crack.

THE TRIAL OF fourteen ultra-rights (who were acquitted) under the dis­ credited Sedition Act suggests that the government was either not interested in winning the case or was trying to establish a precedent to use against the left.

Lyndon LaRouche claims we can solve all our problems by establishing U.S. colonies on Mars. We always said he was a space cadet.

If you ever feel depressed, try listening to your local right-wing fundamentalist radio station They will tell you that socialists are taking over the world.

There is no need to cut off military supplies to the contras completely. They can have one bullet each.

A Matter of Profit

WHEN A NEIGHBORHOOD gets gentrified, the end result is to push property values up to where the shops and restaurants that attracted people in the first place can’t afford to operate there anymore.

One factor that helped promote the rise of imperialism arose when warships began converting from sail power to coal in the mid-nineteenth century. Every naval power had to establish a network of secure refueling depots around the world.

Since monkeys were expensive and hard to keep alive in 19th-century New York, some organ grinders would substitute three-year-old children.

A RECENT article in the Nuclear Times pointed out that only about 25 percent of American soldiers engaged in combat ever fired their weapons. The author felt that this showed a reluctance to kill on their part, despite the influence of military training. Somebody more cynical might say that it indicated a reluctance to getting killed if they poked their heads up.

Pat Robertson’s ex-Marine associates did not object to his avoiding combat in Korea. That was just what any sensible person would do. What they resented was his attempt to pose as a war hero afterwards.

The excellent movie “Matewan” unfortunately repeats the error of “Rosa Luxemburg” in portraying socialists as pacifists. Doesn’t anybody remember the distinction between imperialist wars and civil wars?