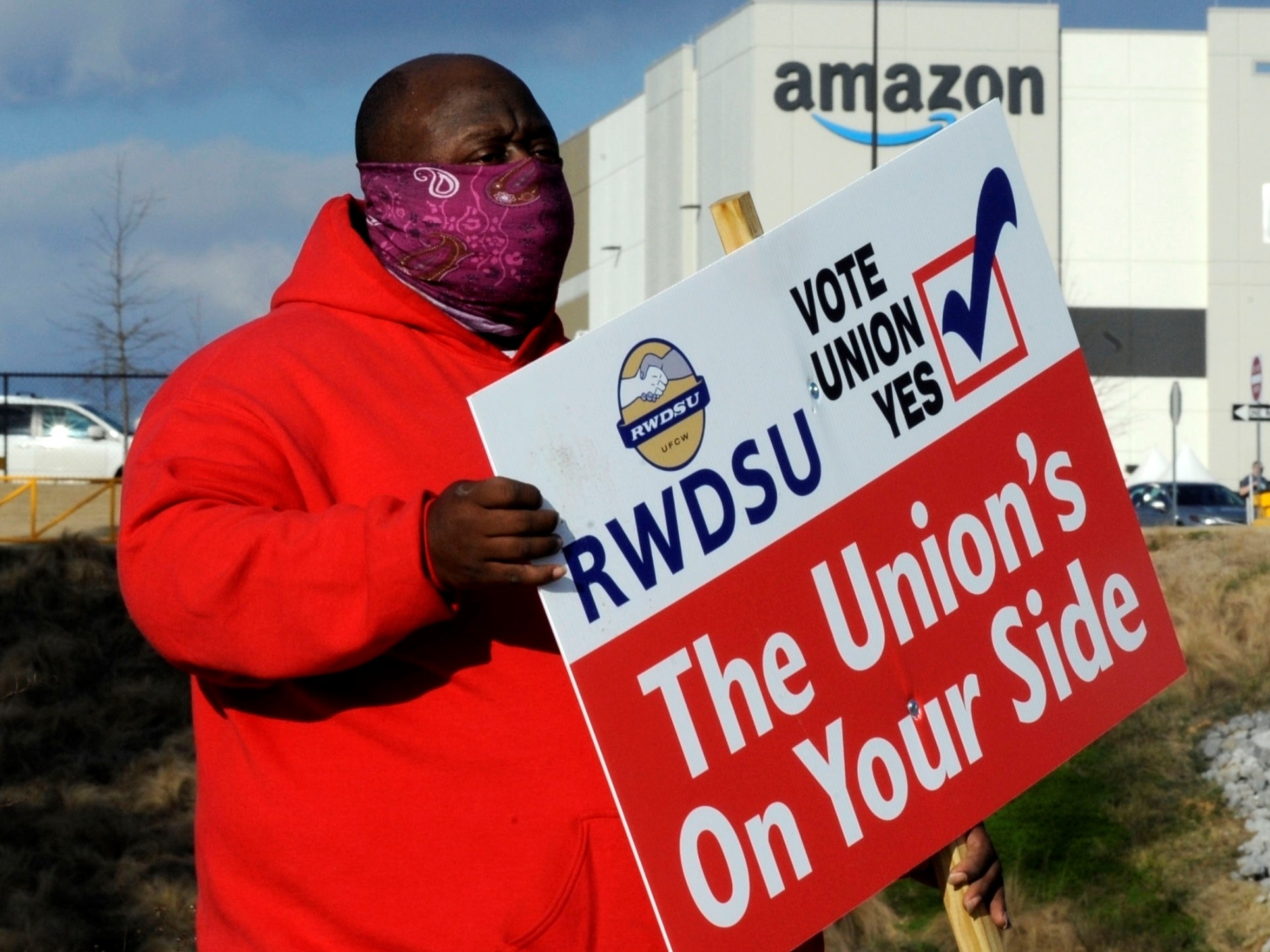 DURING THE PANDEMIC Amazon has expanded its delivery capacity by 200%. Reaping megaprofits at the expense of its “essential workers,” it employs more than a million people worldwide. Its model pushes workers to the limits of their capacity through the use of targets and surveillance. AI cameras in individual trucks record any non-essential movements drivers might make and the company demands warehouses workers strap on individual apps to track “time off task,” the amount of time they are not directly producing.

How can workers in a hostile work environment, where speed up and surveillance is constant, organize to alter their working conditions? How is it possible to organize when the company threatens to move elsewhere if workers successfully form a union?

Meanwhile Amazon portrays itself as a generous employer, paying $15 bucks an hour and providing health care from the day a worker starts. The company denied that workers felt under such pressure that they resorted to peeing in bottles rather than taking the time to use the bathroom. Management says workers don’t need a union, which would cost them money to support, when they have access to management.

We are compiling several articles that discuss the problems Amazon workers are facing, the stakes in their fight and an evaluation of the recent drive to have a union at the Amazon fulfillment center in Bessemer, Alabama.

In the past, Bessemer had been the site of stable and interracial unions. Although the Bessemer workers weren’t successful in winning the election this time around, they – and we – can examine the lessons of that struggle. As we know, labor doesn’t often win the first time out. What will it take to win? What could a win at Amazon look like?

The BAmazon Loss and the Road Ahead, Joe DeManuelle-Hall, Labor Notes, April 14, 2021

The Amazon union drive showed us the future of US labor, Donna Murch, The Guardian, April 27, 2021