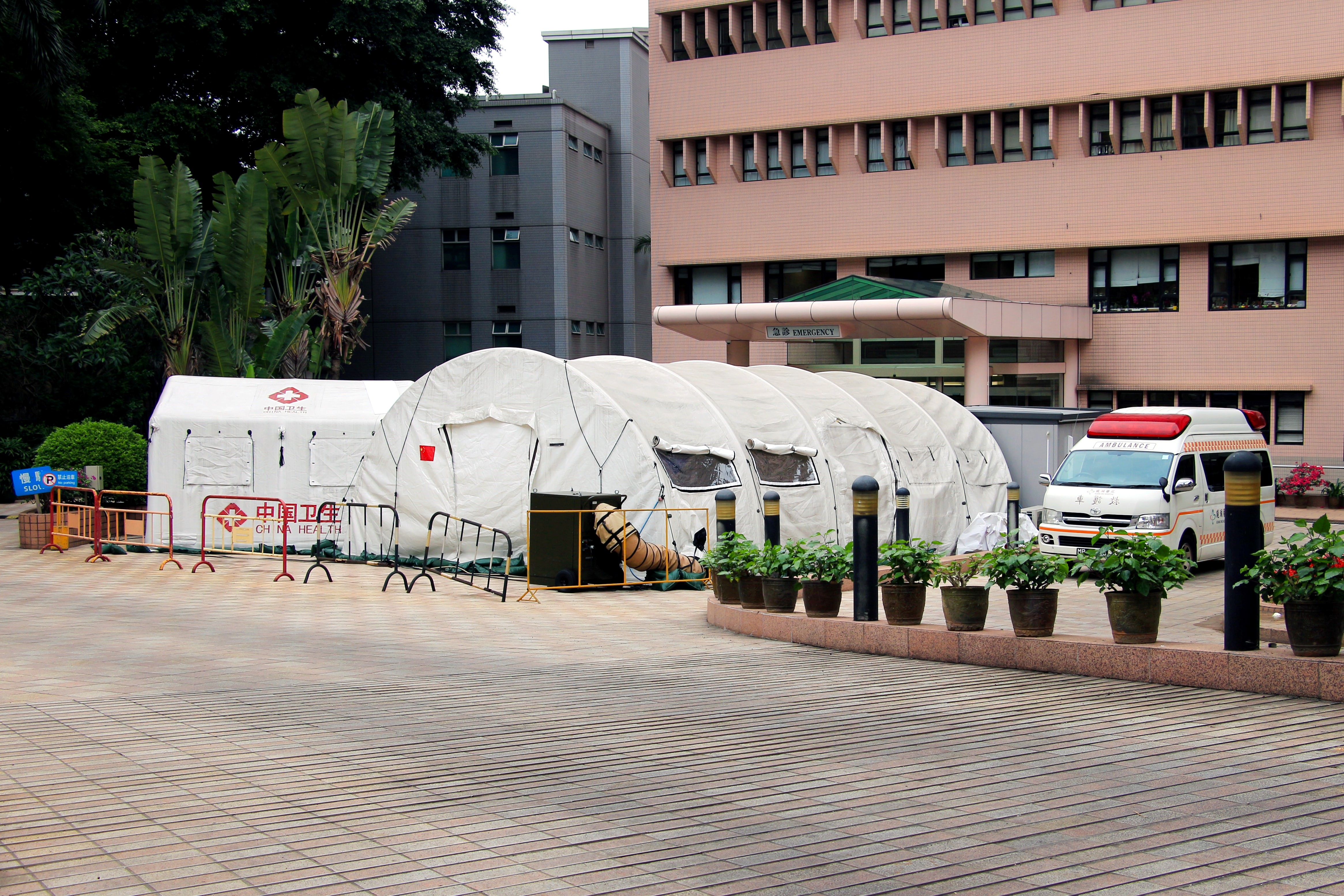 THE CALAMITOUS MALFEASANCE of the outgoing Trump regime’s response to the coronavirus pandemic threatens to obscure deeper realities of this global as well as U.S. crisis. The incoming Biden-Harris team faces a deeper and more menacing emergenc of both public health and the economy than the 2008-09 financial meltdown that confronted president Obama’s first year.

Throwing money to keep banks solvent, as in the 2009-10 bailout, will not work this time. Distributing vaccines as they become available is a wartime-level challenge. And the racially-driven polarization of the United States’ political culture, escalating under Trump’s reign, has never been more acute, or dangerous.

Yet even before the January 5 Georgia runoffs that will determine control of the U.S. Senate, the incoming administration is taking its all-too-predictable shape – a return of the centrist neoliberal policies of the Obama-Biden years, albeit with more gender and ethnic diversity. There are few if any surprises so far, giving rise to disappointment among some “progressive” folks over the absence of Cabinet-level appointments from that wing of the Democratic Party. But what was to be expected in the wake of Biden’s boasts that he was the candidate who “defeated” the advocates of Medicare for All, the Green New Deal and cutting bloated police budgets?

(For a perceptive discussion of the choices facing the new administration and its emerging trajectory, we recommend Walden Bello’s article The Biden Presidency: A New Era, or a Fragile Interregnum? Also read another brief analysis, Out with the Old, In with the — Older)

Focusing here on the coronavirus, some statistics about the U.S. situation help provide context. Consider a comparison with the 1918-19 so-called Spanish flu (actually an avian flu which, evidence suggests, originated in rural Kansas and quickly spread to a military base where troops were mustered for deployment to World War I).

That pandemic, breaking out before the advent of modern vaccines, is thought to have infected 28% and killed 675,000 people in the United States, about 0.64% of what was then a population of 106 million. Extrapolated to today’s U.S. population of just over 330 million, that would produce a death total of some 2.1 million. Is such a catastrophe possible?

The first 11 months of the current pandemic, as of mid-December 2020, have now claimed over 300,000 lives in this country. With the “second wave” raging as winter sets in, it’s difficult to imagine that the eventual total won’t reach double that number. Thanks to science and improving medical treatments, with vaccines hoped to be widely available to the public by mid-2021, and with the science-denying and medical-expert-sabotaging Trump out of office, the U.S. per capita death toll from COVID-19 can probably be kept between a third and half that of the flu pandemic a century ago.

That, of course, is horrific enough, especially considering the impact on Black, Latino and Native American communities, on essential and exhausted medical frontline workers and the heartbreaking wreckage of small businesses falling through the cracks of those expiring relief and stimulus programs, which were inadequate and patchy to begin with. For a discussion of the disproportionate impact on women, see Ursula McTaggart’s article in this issue of Against the Current.

How much of this human disaster was preventable? There’s an instructive comparison with Canada, which has also been hard-hit and where especially disastrous, as in the United States, was the lack of regulation and preparation in crowded longterm care facilities and congregate shelters [on this aspect of the crisis, see Ivan Drury’s article “Two-tier Response to COVID-19” in ATC 206]. At the beginning of December, Canadian medical and political authorities were deeply alarmed by an “out-of-control” surge penetrating every region and previously insulated Indigenous communities. Yet the per capita rate of coronavirus spread in Canada amounts to about 30% of the U.S. numbers.

That suggests we can attribute some 70% of the U.S. toll to disastrous political culture and leadership – manifested in Trump’s super-spreader campaign rallies, rightwing state governors’ economy-over-everything proclamations in defiance of public health commonsense, mass anti-masking protests, religious services’ exemptions from mask and social distancing rules, and widespread denial of the reality of the pandemic. That’s how daily infection rates, exactly as medical experts warned, now come to top 200,000 with more than 3000 fatalities and rising – more than a 9/11 civilian death toll every single day.

The Centers for Disease Control and Prevention’s appeal to avoid Thanksgiving travel, If issued three or four weeks earlier, might have had a greater impact than asking people to make last-minute cancellations of longstanding family plans. It’s another case of government action too little, too weak, too indecisive, too unclear to convince tens of millions of people whose decisions ultimately make the real difference.

We have to understand what it means not only that roughly 45% of the country supported Trump, but also that 70% or more of Republican voters believe to one or another degree that the election was “rigged” or “stolen.” This indicates that roughly 30% of the U.S. populace – mostly among white people – live in a reality-free alternative universe, impervious to facts and open to the most bizarre conspiracy fantasies. That has serious implications not only for politics, but for dealing with the pandemic, the reception of vaccines, and much else.

In several countries (and U.S. states) initial successes in economic closures and stay-at-home “lockdowns” were followed by too-quick uncontrolled re-opening and new virus surges, so that the gains of the sacrifices people made seemed to have gone for nothing. The result in places like Canada, Germany, Italy, Spain and Britain: protests against reimposed restrictions, sometimes turning violent, although nothing to our knowledge resembling the armed rightwing takeover of the Michigan state legislature building or the kidnap-assassination plot against governor Gretchen Whitmer.

Although protests against closures may be instigated or manipulated by far-right forces, they reflect real popular grievances ripe to be exploited. (Of course, severe economic shutdowns should not be confused with simple common-sense rules about masks and social distancing, the defiance of which is pure-and-simple celebration of pseudo-“libertarian” irresponsibility.)

Lockdowns and quarantines pose tricky political, public health and civil liberties problems. On the one hand, they work: Melbourne, Australia has emerged from a near-total shutdown after 28 straight days of no new cases or deaths. Canadian provinces and several U.S. states had some substantial Spring 2020 success in “flattening the curve” before that progress was dissipated in too precipitous summer re-openings.

On the other hand, they inflict social as well as economic damage, and become more difficult to enforce the longer they last and the more they’re repeated. Socialists of all people should be the last to demand expanded repressive government and state powers. That can be the road to Guantanamo, the World War II internment of Japanese Americans, and much else including today’s mass detention of asylum seekers.

The other side of the coin, in a number of global South nations, is pandemic denial and neglect to avoid economic damage. In Brazil, the policies of Jair Bolsonaro have produced a level of death and devastation second only to the USA. In Mexico president Andres Manuel Lopez Obrador (AMLO) has ridiculed the pandemic, with ruinous effect. India’s prime minister Narendra Modi managed to combine the worst of both options: declaring a severe lockdown in major cities with barely a few hours’ notice, resulting in millions of suddenly unemployed workers fleeing toward their villages and carrying the infection with them.

What becomes an intractable contradiction, under capitalism with its inherent inequalities and oppression, between public health and basic rights, could be handled quite differently. In a functioning socialist society, human needs would come first. The development and free distribution of vaccines, and of course all medical services, would be top priority. Public health centers would be widely available on the community level, and if lockdown and quarantine measures became necessary  they’d be organized with democratically organized mutual aid and solidarity. In that kind of society people would be supported, not isolated, in circumstances of public health emergency.

More fundamentally, the entire system of food production would be transformed. The corporate-agribusiness model that wipes out essential ecosystems for “efficiency” and profit, ripping off small producers in the Global South while poisoning water systems at home with fertilizer runoff and livestock waste and breeding new deadly pathogens in giant factory farms, would be gone.

Right now, for 15-20% of the U.S. population to be facing hunger or the soul-destroying stress of “food insecurity,” tens of millions risking eviction or homelessness, masses of low-income workers and small restaurant owners forced to choose the risk of illness or financial ruin – while stock market indices reach all-time highs and billionaire fortunes proliferate like toxic weeds – should be unthinkable. But these are products of how capitalist production and markets operate – business not only as usual, but with even more brutality in moments of crisis.

One unfortunate effect of comparing today’s COVID-19 pandemic with the 1918-19 flu is creating the impression that these are “once-in-a-century” crises. It’s not the case. Despite vaccines, human society today is much more vulnerable.

The misnamed “Spanish flu” was spread globally by the mass troop movements and other consequences of a world war. Compared to that relatively unusual circumstance, today’s world is much more subject to the rapid spread of what previously might have been local outbreaks.

For one thing, rapid mass global travel can carry a virus to the corners of the earth before it’s even detected at the source. Second, human incursions into wildlife habitats greatly increase the interfaces for virus spread from animal to human hosts.

Third is a point emphasized by researcher Rob Wallace in his important new book Dead Epidemiologists. The conversion of natural, diverse ecosystems to much simpler agricultural or farming zones removes ecological checks on the rapid multiplication and spread of pathogens. That’s why, Wallace emphatically warns, we need to look far “back beyond Wuhan” to consider how much easier it’s become for a virus to jump from a bat to humans, whether directly or through an intermediate animal host.

Crucially, climate change is also expanding the range and reach of pathogens and the plagues they cause. The most destructive of these is malaria, which in 2018 infected an estimated 228 million people resulting in 405,000 deaths. The slow decrease in malaria infections and fatalities over the past couple decades is threatened both by drug-resistant strains and by the enlargement of the disease’s range in a warming climate.

For all these reasons and more, society needs to anticipate a proliferation of outbreaks becoming global pandemics with increasing frequency. At a very minimum, that desperately requires changing the system of just-in-time delivery of personal protective equipment – the harrowing shortages of N95 masks for frontline medical workers being just one example – as well as the deliberate restriction of hospital facilities and the number of medical workers in so-called “normal” conditions to barely what’s needed for profitable just-in-tine operations.

To be sure, here in the USA, the world’s sickest society in more ways than one, we have a special aggravating circumstance. The outgoing criminal-in-chief Trump has shown himself fully committed to sabotaging the economy, wrecking the incoming administration’s capacity to address the multiple crises facing the country, and poisoning political life for years to come, as he exits screaming “rigged election!” on his way out.

In addition, Trump has escalated the confrontation with China, the war drive against Iran, and the brutal betrayal of peoples in the Middle East from Palestine to the Kurds to Western Sahara – all of which must be the focus of future discussions. We hold to what we’ve said before, that Donald Trump couldn’t have created this wreckage all on his own, but it wasn’t for lack of effort.