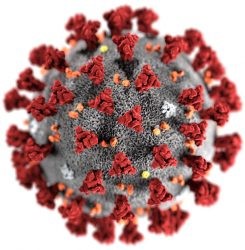 COVID-19 IS NOT just out of control, but on a global rampage. There have now been 52 million cases and 1,300,000 deaths world-wide. Another million deaths have gone unrecorded, and another million have died because of hospital failure under the pressure. The vast majority of European countries are into a second wave of the pandemic and are declaring more cases each day now than they were during the first wave earlier in the year.

The euphoria that has greeted the announcement by Pfizer, along with the German biotechnology company BioNTech, that they are on the brink of producing an effective vaccine for Covid-19 should be treated with extreme caution. They possibly have, and an effective vaccine should indeed be celebrated, but premature predictions can be cruel and counter-productive.

In any case safety trials have yet been completed, and no one yet knows how long the immunity it provides will last or whether it will give protection to all demographics – or indeed any demographics. Media predictions of a meaningful roll-out by the end of the year should be disregarded. We will have to face a very dangerous period ahead, particularly in the global North at the start of winter, even with the best scenario with this vaccine.

Nor should we forget that viruses can circumvent vaccines by mutation – corona viruses in particular. This is why we should take seriously the mutation of Covid-19 has been discovered in Danish mink farms that has already spilled over into the human population.

A Danish research center the Statens Serum Institut (SSI), which specializes in infectious diseases, has warned of serious consequences for the development of vaccines if these mutations are allowed to spread. Tests have identified over 200 people with mutations linked to mink farms since June, but concern centers on a dozen cases in North Jutland of people who fell ill in September with a unique variant of the virus. This variant, they point out, known as “cluster five,” has four separate mutations in the so-called spike protein that the virus uses to enter cells, and on which most vaccines are based.

These mutations are being played down in some scientific quarters. The Guardian (of November 8th), for example, quotes Professor Peter Openshaw, a member of the British government’s New and Emerging Respiratory Virus Threats Advisory Group, who said the mutations ‘may be nothing more than the virus evolving to spread in mink, but added that it was sensible to shut down the spread “as a matter of caution” until scientists had more evidence. Britain has, never-the-less placed a ban on non-UK citizens arriving from Denmark.

The mutation led to the immediate culling of 17 million mink in Danish farms, in a country with a population of only five million people. It is also a stark reminder of the sheer scale of the continuing conflict between humans and nature that the unnecessary farming and destruction of animal life for luxury clothing is still going in Europe at this level.

Even an effective vaccine only provides limited protection, and even if we get control of this virus there are plenty more where this one came from. Corona viruses, we should also never forget, are a result of zoonotic spillovers from other species when their hosts are thrown into close and unnatural proximity under highly stressed conditions. They exist in the wild in host species – often bats or various rodent species – that have immune systems powerful enough to tolerate them.

The danger of such spillovers is greater today than at any previous time in human history. It has been estimated that as a consequence of ever increasing human pressure on nature we could be facing as many as five or six zoonotic spillovers a year, any one of which could be as dangerous or more dangerous that COVID-19.

This reflects human impact on the rest of nature, which is itself much greater today. In reality today’s model of human society, with its densely packed and impoverished mega city populations and globalized trade and transport systems creates not only the best conditions for such spillovers to take place but the best conditions for such pathogens to spread rapidly amongst the human population afterwards.

An Integral Part of the Ecological Crisis

In fact, today’s model of human society with its highly destructive relationship with nature is placing our own continued existence directly at risk. Andreas Malm in his recent book Corona, Climate, Chronic Emergency makes the following point:

“that Corona and Climate share one structural quality that invites comparison: the amount of death is a function of the amount of action or inaction on the part of the states. Left untreated, both afflictions become self-amplifying – the more people infected, the more will be infected: the hotter the planet, the more feedback mechanisms heat it up further – and once underway, the sole way to terminate such sporeling burns is to cut the fuse. States in the global North have now offered proof that this is possible.” (26)

He is right. I would suggest, however, that climate and virus share at least two other structural qualities.

First that they are first and foremost an ecological issue: i.e. the COVID-19 pandemic is an integral part of the global ecological crisis – not just occurring at the same time or existing in parallel with it. Second they both represent a direct threat to the future of life on the planet – human life in particular – on a par with the other threats such as the pollution of the oceans, the mass extinction of species, and fresh water depletion. In fact the COVID-19 crisis has taken the ecological crisis to a new and more dangerous level.

There is another connection as well. They are both totally relevant to the Glasgow COP at the end of next year. Unless the environmental crisis is resolved, with its massive anthropological impact on nature, the problem of zoonotic pandemics will simply accelerate.

To say that Glasgow is crucial understates the issue. The governmental pledges made in Paris would lead to disaster by mid-century. The movement must mobilize around Glasgow as strongly as possible in order the demand that the revised pledges due to be made address the urgency of the situation a lot better than Paris.

In October 2018 the IPCC, in its Special Report on Global Warming, officially supported the 1.5°C target from Paris. It concluded that limiting warming to 1.5°C is indeed possible within the laws of chemistry and physics but would require unprecedented transitions in all aspects of society.” It also warned that we have just 12 years to do something about it, since a 1.5°C increase could be reached as soon as 2030.

We should therefore demand zero carbon by 2030 in order to keep the global average surface temperature below the crucial 1.5°C – or 1.5°C to stay alive as the slogan had it.

Meanwhile another major crime is taking place. Demands that have rightly been made throughout the pandemic not to return to the status quo if and when the pandemic comes to an end are being squandered wholesale.

The opportunity to decarbonize the global economy is being frittered away as we speak. Trillions of dollars are set to be spent by governments to rebuild from the COVID crisis. Instead of grasping the opportunity to start to build a sustainable low-carbon future, with a new relationship with nature, this money is being used (scandalously) to replicate the same disastrous paradigm with growth as the central objective. As the global economy grows – assuming it survives COVID 19 – so does global warming and environmental destruction. Natural resources are over-exploited to the point of exhaustion. More waste is being dumped into the biosphere than it can absorb leading to dysfunction and collapse.

The increasing danger of zoonotic pathogens is the result of the trashing of nature by both Western industrialized agricultural practices and also by Asian wet markets and the bush meat trade. It is driven in particular by deforestation and intensified meat production. These factors are compounded by poverty, rising population density – particularly urban density – which increases at twice the global rate.

Such pandemics can only be prevented, ultimately, by a completely different relationship between human beings and nature than exists at the present time. Whilst the current relationship continues (or anything like it) there will be no solution.

It means putting a sustainable planet at the heart of everything we do. It means a new relationship with nature and a new model of society that does not result in ever bigger cities and ever more pollution. It means junking the throwaway society and replacing it with one that is based on production for use rather than profit.

It means a revolution in the infrastructure, how we live; the size of cities, how we travel, and what we eat. The task is gigantic but there is no alternative if we are to forge a sustainable future for the planet which resolves the contradiction between ourselves as modern humans and myriad other none-human species we live alongside.

It also means rejecting economic growth and productivism and demand the abolition of the debt in the dependent countries. The current rate of growth globally of three percent per year (that has been the average for the past 60 years) would grow the world economy by a factor of sixteen in the course of a century and by a factor of 250 over the course of this century and the next. Such growth rates are completely unsustainable.