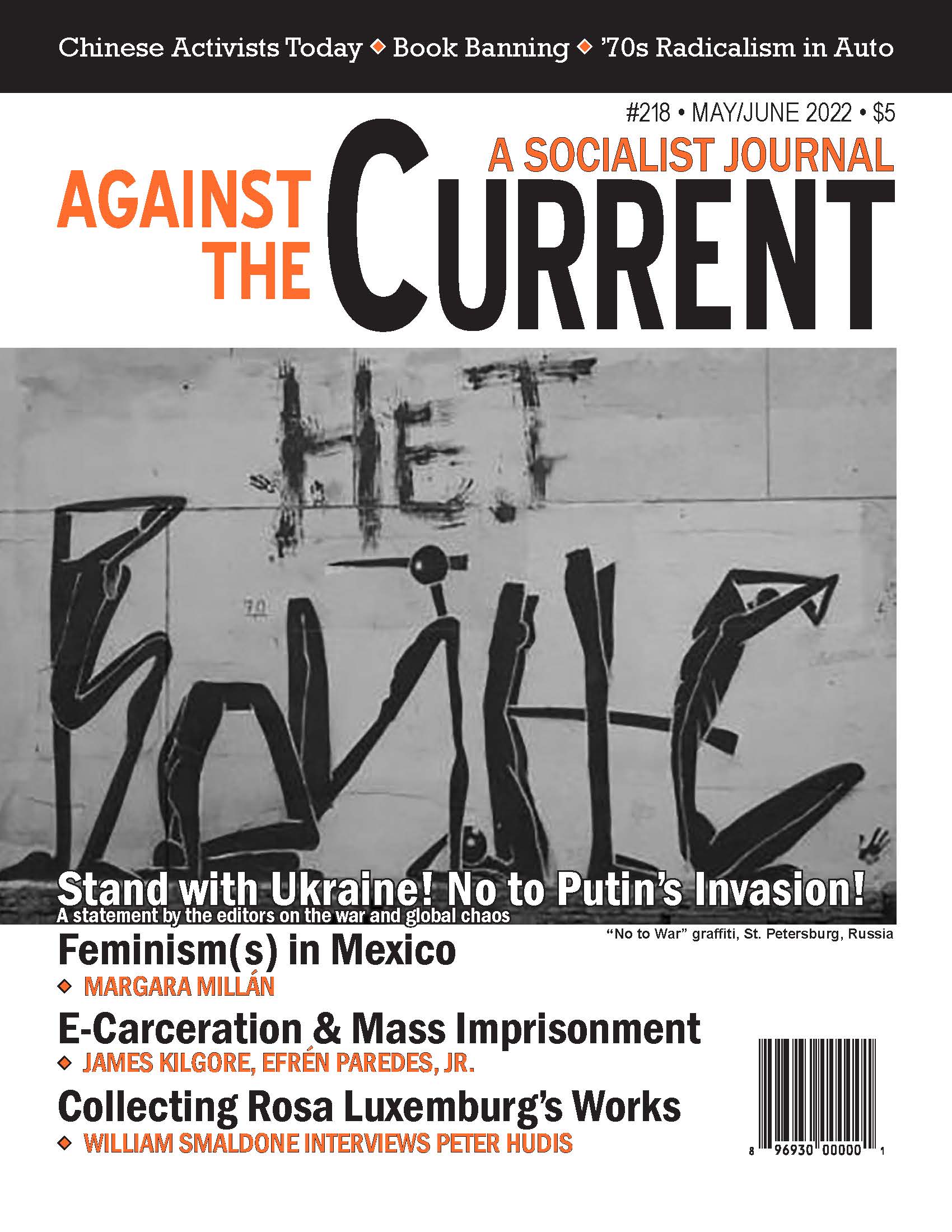 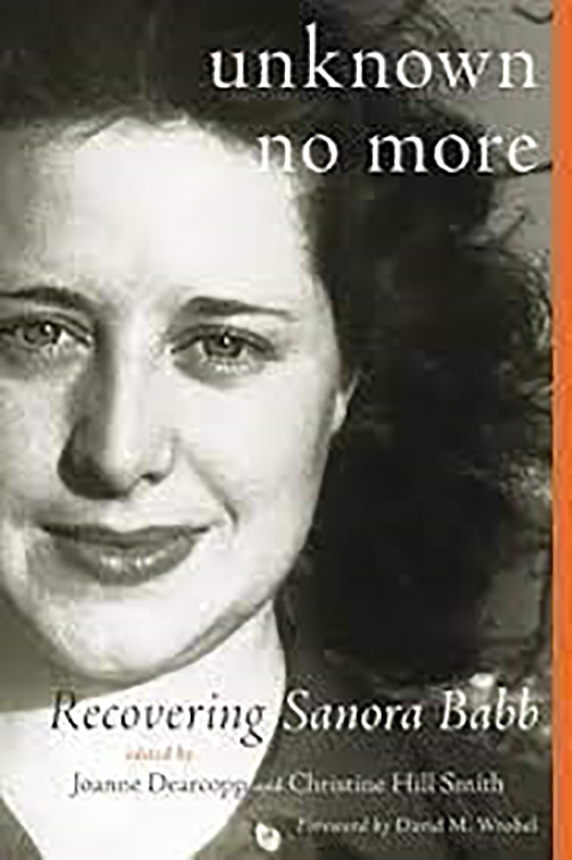 SANORA BABB’s DUST Bowl novel Whose Names are Unknown ends with a failed farm worker strike, but also leaves readers with the sentiment that “One thing was left, as clear and perfect as a drop of rain — the desperate need to stand together as one man. They would rise and fall and, in their falling, rise again.” (222)

This final scene captures the difficult material reality of fighting for better working conditions, while also gesturing toward a future of community care and collective class consciousness. A balance of reality and hope fuels much of Babb’s work, which editors Joanne Dearcopp and Christine Hill Smith reinvigorate with their edited collection unknown no more: Recovering Sanora Babb.

Covering Babb’s expansive career as a journalist, memoirist, novelist and poet, the essays included in unknown no more do justice to Babb’s often overlooked and formerly “unknown,” or “once known and then lost” life and extensive writing career (Dearcopp and Smith 2).

Babb (1907-2005) was born in Oklahoma Territory to Walter and Jennie Babb, who moved with Sanora and her sister Dorothy between their grandfather’s broomcorn farm in Colorado and Oklahoma throughout their youth. Her formative years exploring the High Plains and witnessing the ramifications of drought inspired much of Babb’s memoir An Owl on Every Post (1970) and shaped her multifaceted career.

In this collection, the editors have curated a series of essays that shed light on Babb’s writing career, which spanned decades including the tumultuous years of the 1930s Dust Bowl. During that time she served as an assistant to Farm Security Administration camp manager, Tom Collins.

The economic turmoil of the 1930s is chronicled in Whose Names are Unknown, which follows the Dunne family as they migrate from Oklahoma to California to escape drought and dust and work towards multi-ethnic and multi-racial solidarity with their fellow farm workers.

Exploring Babb’s published work, her archives and personal life, the authors included in this collection achieve the goal of cementing Babb’s place in the history of regionalist writers and writers of the literary left.

The essays in this collection range in topics from Christine Hill Smith’s piece “The Radical Voices of Sanora Babb,” which chronicles Babb’s relationship to the Communist Party and her place within the history of the literary left, to Caroline Johnson and Mariah Wahl’s discussion of their experience presenting Babb’s fiction alongside her archived work to the public in “No Longer Unknown: Exploring the Archive of Sanora Babb.”

Misch and Whisenhunt outline various ways in which Babb’s writing could be taught in college classes on the Dust Bowl, working-class literature, rural literature, literature of California, migrant literature, environmental literature and more.

Of particular note is Christopher Bowman’s illuminating essay on the relationship between Babb’s Whose Names are Unknown and John Steinbeck’s similarly situated novel The Grapes of Wrath.

Much existing scholarship on Babb and Whose Names frames Babb and Steinbeck as competing authors of Dust Bowl fiction. This claim is often backed by the fact that Steinbeck used Babb’s field notes to help draft The Grapes of Wrath, and that the publication of Steinbeck’s novel delayed the publication of Babb’s Whose Names until 2004, as her editor did not think two Dust Bowl novels could succeed on the market simultaneously.

Bowman’s refreshing analysis of the two novels, in addition to both authors’ personal correspondence with Tom Collins, challenges this characterization of their relationship. Instead, Bowman encourages us to read Whose Names are Unknown and The Grapes of Wrath “in conversation — rather than in competition — with one another” (96).

Battat “explores Babb’s feminist alternative to the frontier myth in her three autobiographically informed narratives,” An Owl on Every Post, The Lost Traveler, and Whose Names are Unknown.

The essay also analyzes how Babb demonstrates “antiracist and anticapitalist commitments” and an evolving “environmental consciousness” despite centering her work around white women characters who confront their privileges of whiteness to varying degrees. (41)

Additionally, Iris Jamahl Dunkle’s essay “The Real West in Sanora Babb’s Short Stories” dives into Babb’s short fiction published across numerous magazines throughout the 1930s and ’40s. Dunkle argues that Babb’s stories interrupt the “phallocentric” portrait of the “literary West” by depicting a “true West” in which “women were more than weak helpmates and where diversity was not only showcased but depicted as the integral and indeed ancient fabric of the region.” (56)

In particular, Dunkel’s reading of the character Mrs. Tsiang from Babb’s “A Scandalous Humility”— originally published in Northwest Review (1968) and re-published in her short story collection Cry of the Tinamou (1997)—reveals how Babb imbued her multicultural women characters with strength and independence typically reserved for white men in literature of the West.

These essays along with the many other contributions to unknown no more provide historical context on Sanora Babb’s life and writing that is sure to shape the growing body of scholarship about her poetry, fiction and journalism.

The collection’s greatest strength is in its interdisciplinary commitment to cover not only Babb’s writing, but also her personal life and archived manuscripts, correspondences, and field notes through the lenses of history, women’s and gender studies, literary studies, pedagogical theory, environmental studies and psychology.

This collection, thus, is a valuable addition to the current scholarship on Babb’s life and work, and achieves the editors’ goal to “investigate how Babb’s lived experience gave rise to a unique voice that has been overlooked by earlier recovery projects.” (2) It is a must-read for anyone interested in Babb’s life, regionalist literature, nature writing, literature of the left and/or women’s literature.