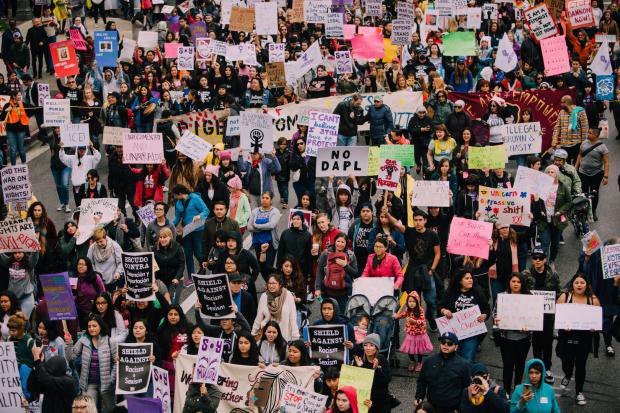 JANUARY 6 CERTAINLY marked a highly original way of showing “the celebration of America’s sacred peaceful transition of presidential power,” and a signal of continuing troubled times. It was a spectacle for the ages — a final futile grasp at retaining power by the outgoing president, morphing from an absurdist quasi-putsch into a deadly aspiring lynch mob inside the Capitol, followed by the late-evening reconvening of Congress for the ritual of ratifying the Electoral College vote for Joe Biden and Kamala Harris.... 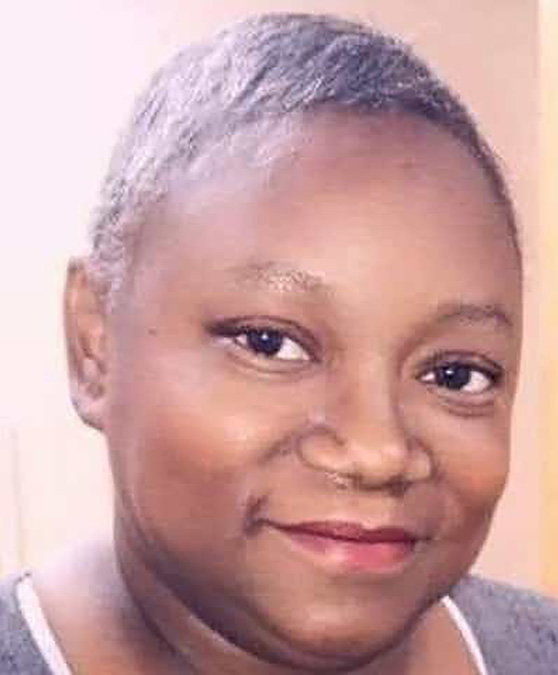 If Dr. Susan Moore can't get medical care, what Black persion in the U.S. can?

Aletha Maybank is chief health equity officer at the American Medical Association. Camara Phyllis Jones is a family physician, epidemiologist and past president of the American Public Health Association. Uché Blackstock is founder and CEO.... 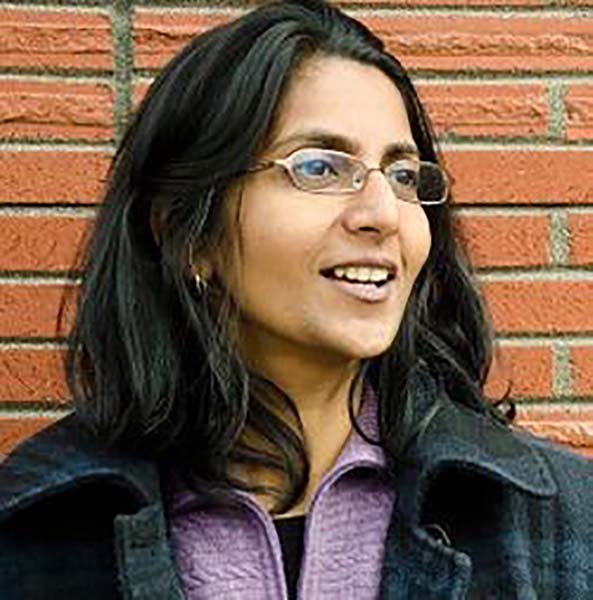 A DELAYED RULING by the Washington State Supreme Court will determine whether a recall petition campaign against Seattle City Council District 3 representative Kshama Sawant is allowed to proceed. Sawant, first elected in 2013 as an at-large member and then as District 3 council member in 2015 and 2019, is a member of Socialist Alternative and outspoken supporter of a $15/hour minimum wage, renters’ rights, a city tax on Amazon, and the Black Lives Matter movement.... 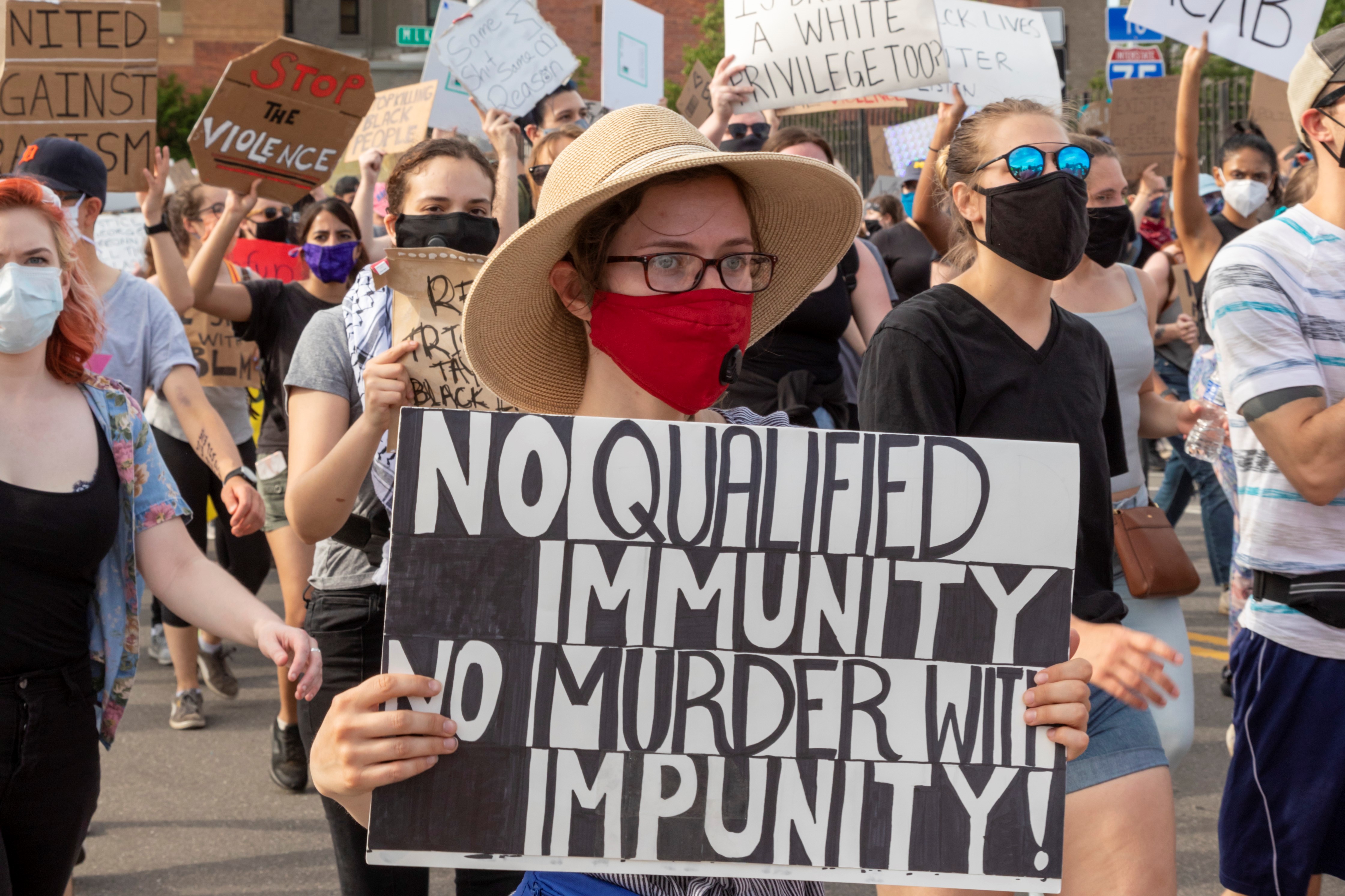 Detroiters protest police brutality -- and get sued by the city. https://jimwestphoto.com

FOLLOWING THE POLICE murder of George Floyd in Minneapolis, at least 100 street demonstrations occurred in Detroit, led by a newly formed group Detroit Will Breathe, sometimes in coalition with other organizations. Unlike many actions, DWB’s marches continued for hours winding through the streets and venturing into neighborhoods where they passed out leaflets and encouraged people to join. Most wore masks and tried to socially distance..../p>

What About the Shootings?

POLICE CHIEF CRAIG announced that in 2020, homicides were up 19% in Detroit, almost one a day. There were 327 homicides and 1173 people who were shot but didn’t die.

The number of shootings, the police department maintains, is why the police must be heavily armed. But social scientists point out that shootings aren’t random and unpredictable, rather the majority are part of networks.

Sociologist Andrew Papachristos explained the public health model that suggests how to deal with gun violence:...

Analyzing the 2020 Election: Who Paid? Who Benefits? 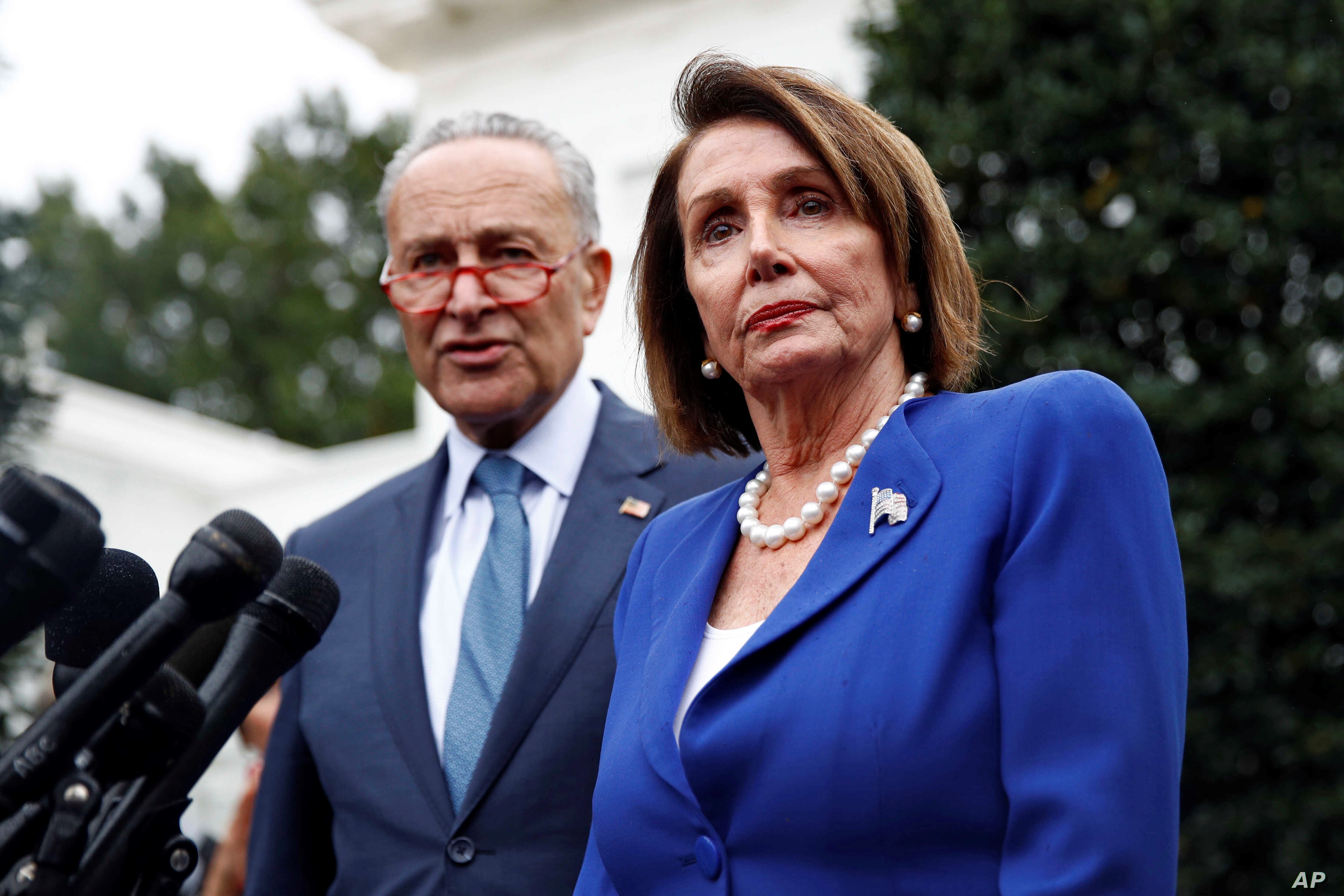 Chuck Schumer and Nancy Pelosi, old/new neoliberal centrism back in charge of Congress.

WHATEVER THE ULTIMATE outcome from the chaos of January and the Republicans’ own internal problems, the Democrats will have won a majority in Congress as well as the presidency. With the focus on Trump and his followers, it’s possible that the commentariat will fail to notice that this was not only a close contest, but also the most expensive election in history.

According to OpenSecrets, it cost about $14 billion up and down the ballot, which was over twice what was spent in 2016.... 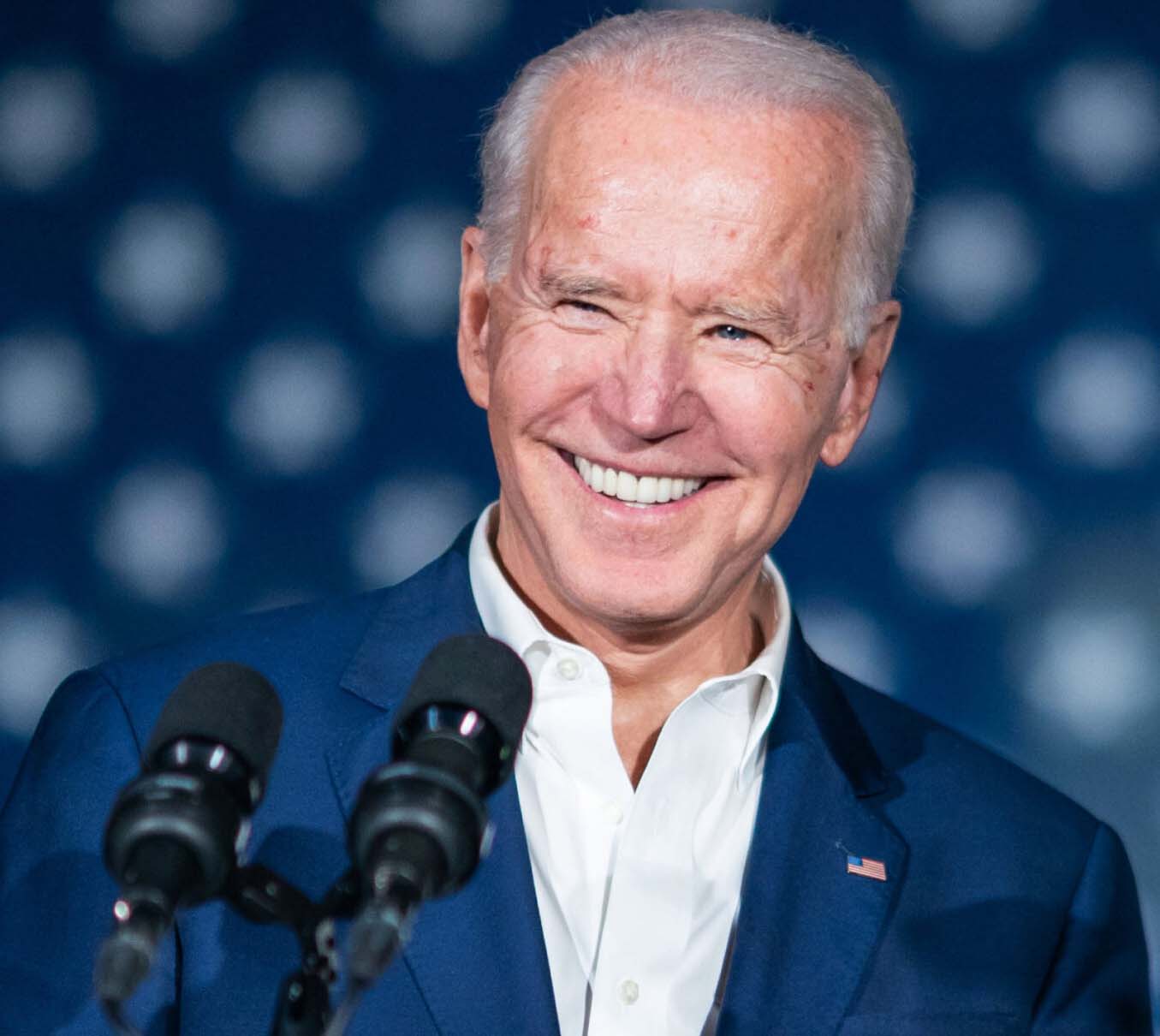 To be sure there were some good things among the 45: a halt to evictions, a pause on new oil and gas drilling licenses on public (though not private) lands, a stop on the Keystone pipeline, opening the door (just) to reversing Trump’s immigration policies, and a few more..../p>

"No One Is Coming to Save Us" 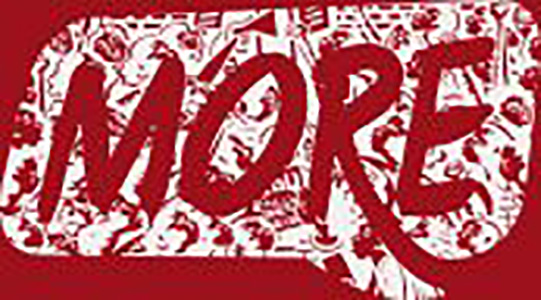 A GROUP OF New York City teachers formed Movement of Rank and File Educators (MORE) in 2012 as a fusion of a few oppositional groups within the United Federation of Teachers (UFT). The UFT represents teachers and several other categories of school employees. It has roughly 110,000 active (still working) members and roughly 60,000 retiree.... 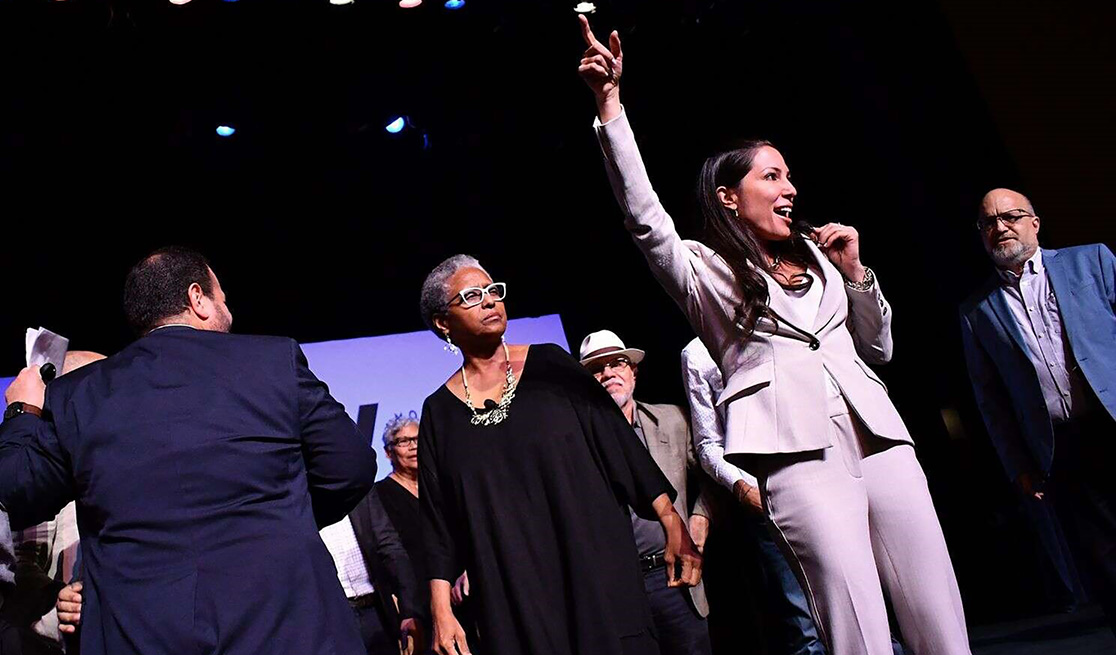 THE RECENT ELECTIONS in Puerto Rico produced some startling results: both a surge in the vote for progressive, including pro-independence, forces and a status plebiscite which has been hailed a “mandate” for statehood. In order to interpret these results, it is best to start with an overview of Puerto Rico’s recent past.... 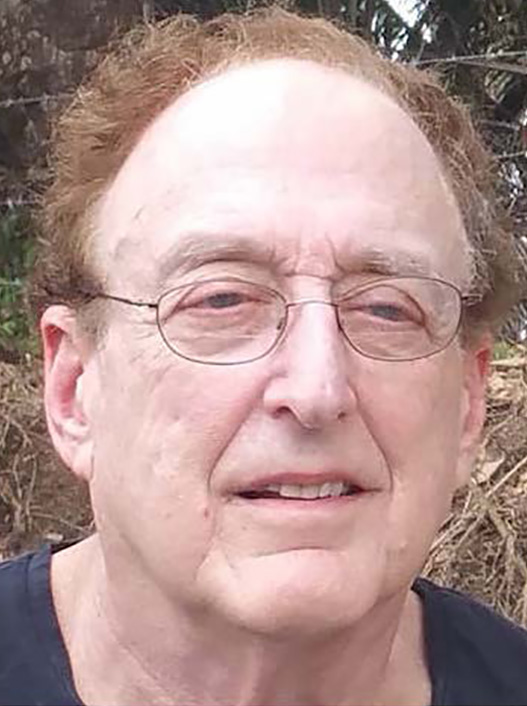 CODY R. MELCHER INTERVIEWED Michael Goldfield about why the U.S. South failed to unionize and why this is the crucial to understanding the evolution of American politics. In his new book, The Southern Key: Class, Race, and Radicalism in the 1930s and 1940s (Oxford University Press, 2020) argues, primarily, that this failure to fully confront white supremacy led to labor’s ultimate failure in the South, and that this regional failure has led to the nationwide decline in labor unionism, growing inequality, and the perpetuation of white supremacy.

Michael Goldfield is a former labor and civil rights activist, Professor Emeritus of political science and a Research Fellow at the Fraser Center for Workplace Issues at Wayne State University. He has written numerous books and articles on labor, race, and the global economy, including The Decline of Organized Labor in the United States, The Color of Politics: Race and the Mainsprings of American Politics, and most recently, The Southern Key.... 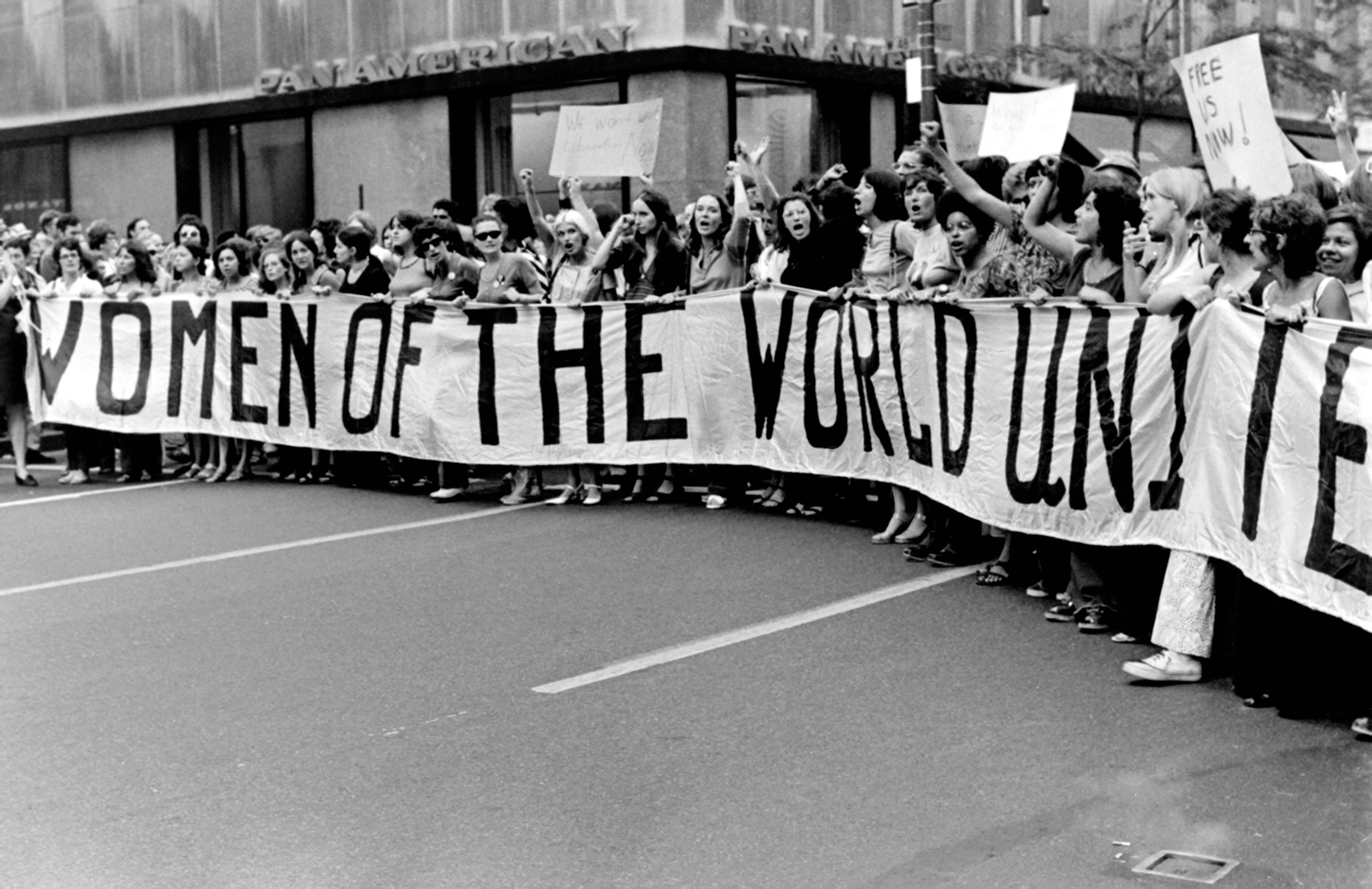 Second-wave feminism was part of the '60s radicalization. Howard Petrick

“Today is the beginning of a new movement. Today is the end of millennia of oppression.”
— Kate Millett, feminist author, speaking to 50,000 in New York City, August 26, 1970.

AUGUST 26, 1970 marked the public emergence of second-wave feminism, coming 100 years after the winning of women’s suffrage.... 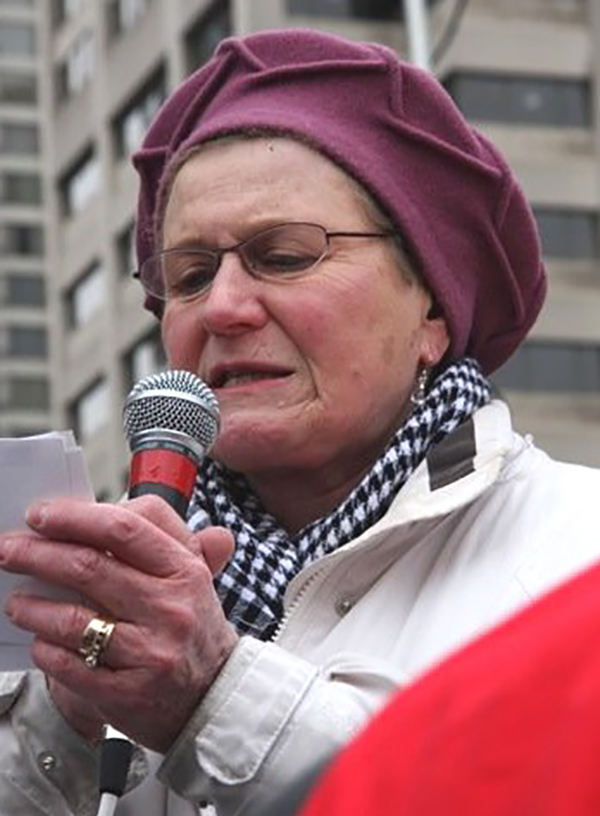 Suzanne Weiss speaking at a demonstration in Toronto, 2019.

FROM ITS BEGINNINGS in the 1800s, modern socialism has embraced equality and liberation for women. The socialist movement has made a major contribution to political, cultural, and intellectual changes challenging women’s second-class status. For many women, joining a socialist movement opened the road to developing their talents, achieving social influence, and contributing to social change.

At first, the socialist movement was almost entirely male. Beginning in the late 1800s, women socialists played an increasing role, including in leadership positions. Although few in number, their involvement ran far ahead of women’s participation in mainstream political life....

SUCH A PRETTY Girl, Nadina LaSpina’s memoir describes the life of a girl brought to the United States from Italy by her religiously and culturally Catholic Italian parents in the hope of finding a cure for her polio. If she could have surgery that would enable her to walk, they felt she could live “a normal life.”...

In the Imperial Crosshairs “AMERICA IS BACK,” proclaimed Joe Biden in his first presidential foreign policy address. It never actually left, of course; the imperial ambition to rule the world is a constant. But among the many challenges the Biden/Harris administration faces — as it seeks to restore stability and predictability to foreign policy — is what to do with the regional political, military and.... 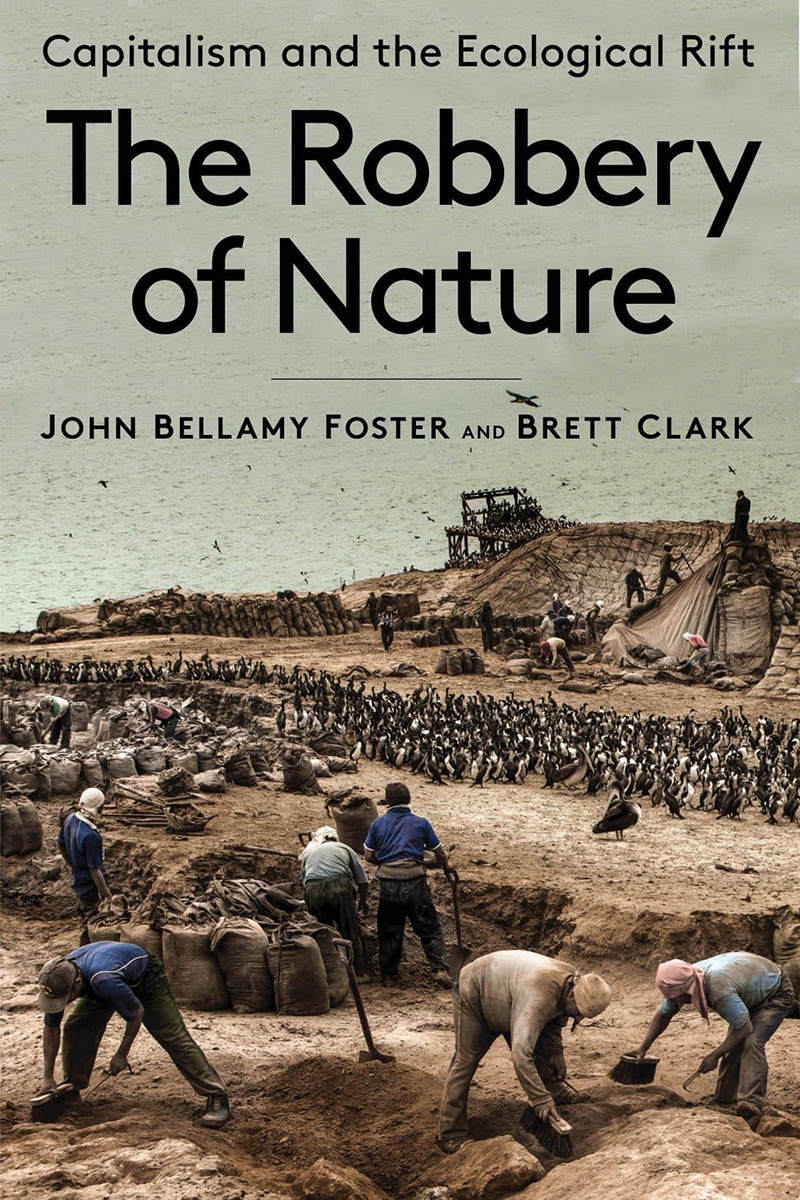 VARIOUS CRITICAL ISSUES are examined in this collection of previously published essays, revised for this book. It won the 2020 Deutscher Memorial Prize. 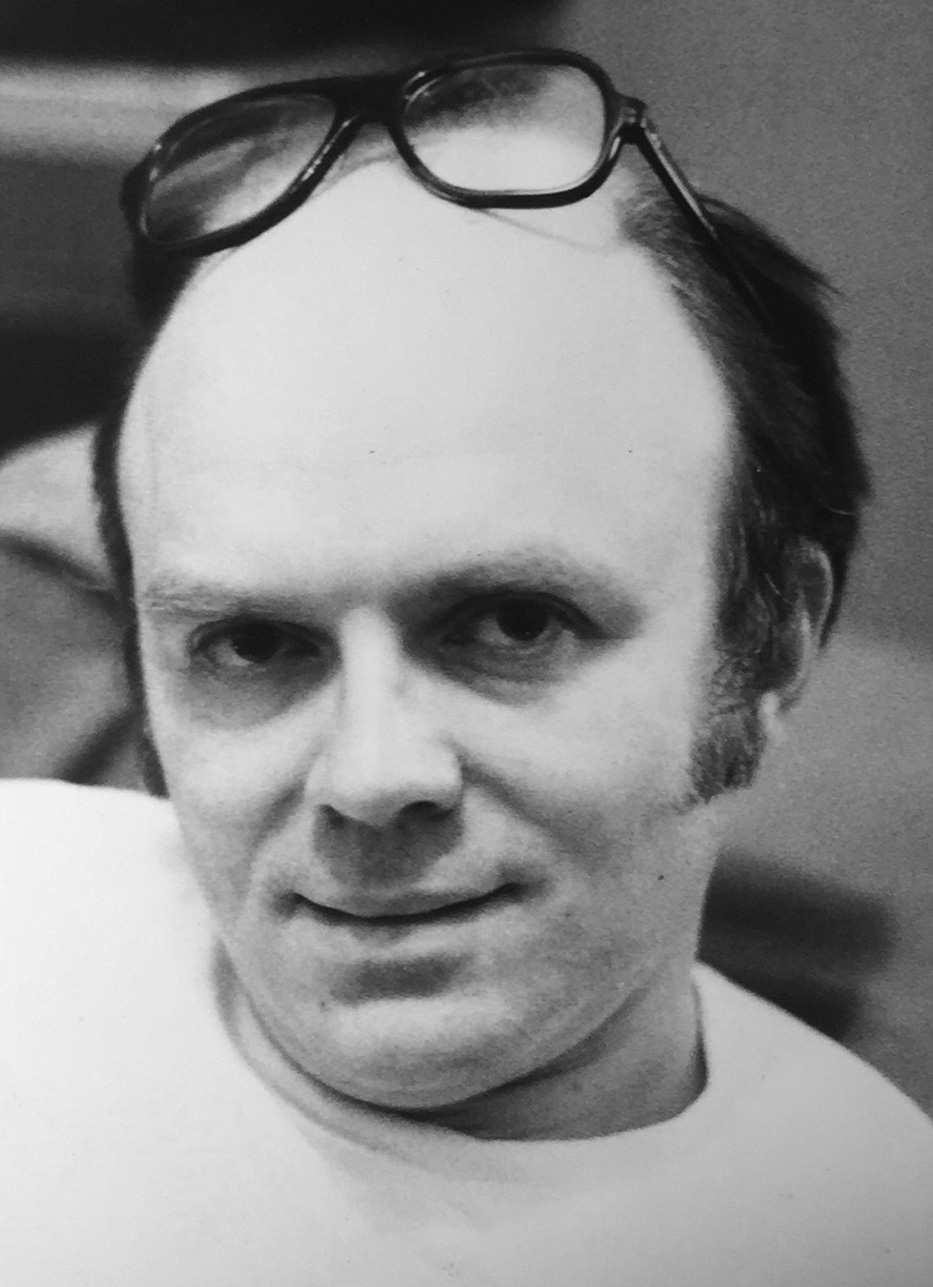 ROBERT (GABE) GABRIELSKY was one of my earliest and most important political mentors. In fact, my first-ever meeting with a political organization was in Gabe’s flat in Highland Park in the summer of 2015. As a college student newly exposed to Marxism in my studies, what struck me first about Gabe was not only his firm conviction in the movement in which he was embedded for his whole life, but also his dedication to emphasizing every new socialist’s independence of mind. He spoke dynamically about his politics — the importance of workers’ self-activity and thinking and creating mass democratic, socialist organizations.... 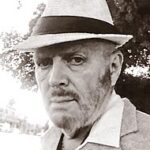 ROBERT PAUL GABRIELSKY, but Gabe to everyone, was born March 1, 1943 in Camden, New Jersey and grew up in Haddonfield. His was the only child of Elizabeth Bartholomay and Irvin Gabrielsky. Although he lived in the New York-New Jersey area most of his life, he moved to Los Angeles after Hurricane Sandy destroyed his home eight years ago. He was in hospice when he died on November 19, 2020....